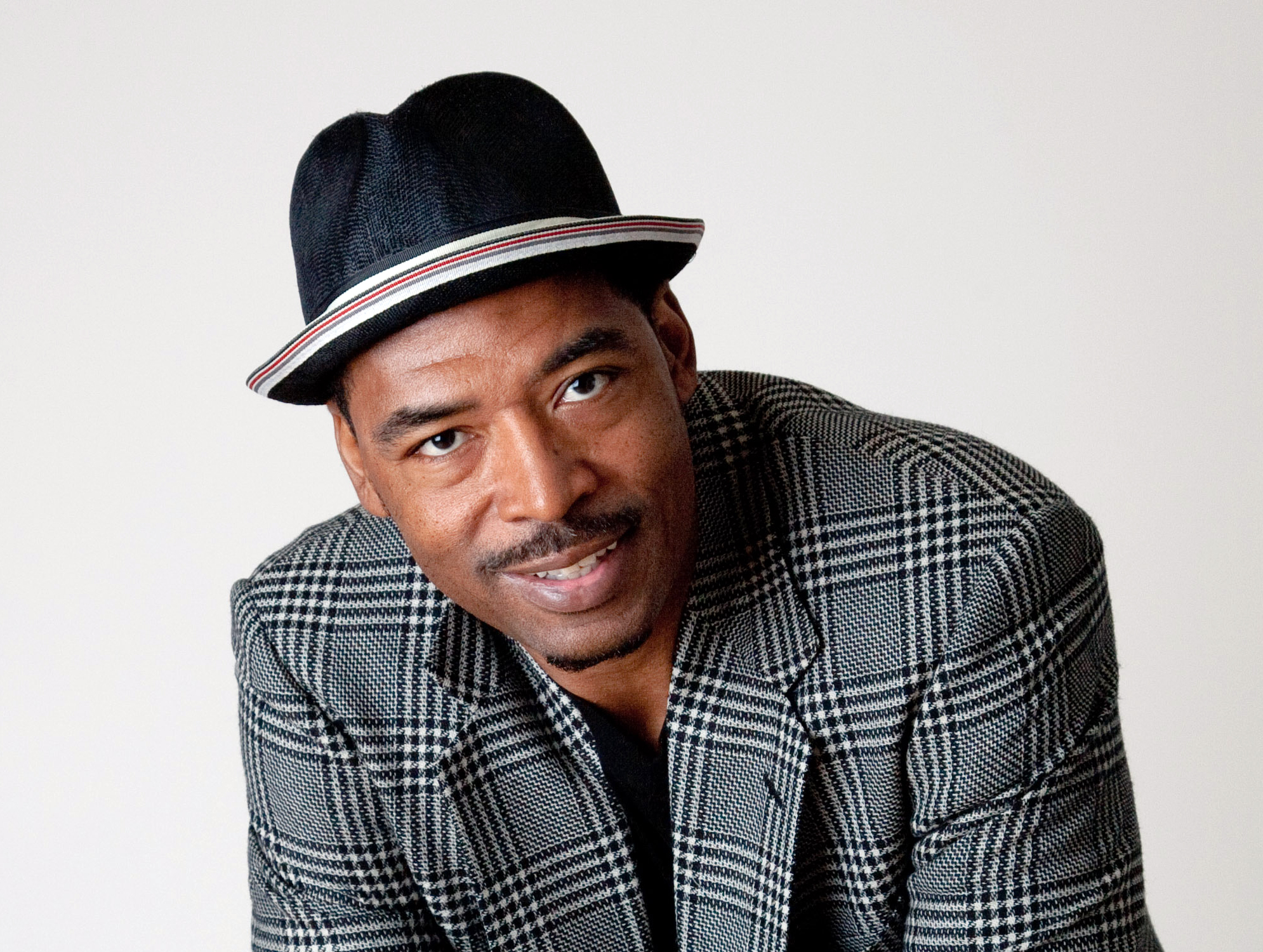 It has been a long time since I’ve had a chance to write about K Jay. So, when I invited him to be my guest for Tracey Ashley at Acme Comedy Company, it was a pleasant surprise to learn he was on the bill. Such a pleasure, in fact, that I didn’t bother feeling insulted. K Jay always treats me like a wet food stamp. Never gives a heads-up on his gigs—including nights he’s opened for Fancy Ray McCloney, my other favorite Twin Cities comedian. I don’t feel insulted, but I do make a mental note to accidentally forget, yet again, to give him back his album Redd Foxx Uncensored.

December 22 was closing night for Ashley’s week-long stint as headliner, which she used to record her first album. I got there before K Jay went on, but not in time to say hey and wish him well. So, I went over and shoot the breeze with his wife, Angie. Angela Jaavaid, smart, articulate, pretty as the dawn and with a shape that’d put an hourglass to shame, has no shortage of personality, herself. It’s always a lot of fun being out with those two. She told me her husband was backstage in the green room, but I was not about to go barging in ten minutes before curtain-up while he was literally getting his act together. Let the man go do his thing and talk to him after. Just sit, have a drink, and enjoy some first-rate entertainment.

Sure enough, the veteran ace did his customary time-tested, tight set. Except, he was even better than ever—and he’s always been pretty damned good. He’s simply become so seasoned that the natural-born, laid-back, down-to-earth smart ass has honed his sharpness to a razor’s edge. He strolled on like he was walking into his living room, in complete command and, on top of everything, fairly eyes on the eyes. A good-looking guy (in fact, he does some modeling, but hates it when I call him “pretty”), well over six feet with a hard, athlete’s body and a smooth manner—actually, he and Angie might well be the classiest couple since Barack and Michelle.

The material was a brilliant mix-and-match of new gags and old (check him out on YouTube) routines that he had sounding fresh as the first time I heard any of them. One of the new bits was a side-splitter tying together Jehovah’s Witnesses, a bottle of scotch, and beautiful ladies, which I doubt anyone else could do with such matter-of-fact hilarity. He reached into his familiar bag of jokes for the reliable, rather risqué retelling of “Rub-A-Dub-Dub,” turning it into a chuckalicious character study of women who, in the world’s oldest professional manner are, shall we say, material girls.

My only misgiving was that, despite getting a nice amount of time under the lights, he was on for too short a time to suit me. Like I said, I hadn’t had a chance to watch for a while and he truly was on his A-game. He did his final bit, and Angie was beaming with a proud, sunshine smile. The crowd was giving him a good, healthy round of applause. I was glad as hell for him. He took it all in stride and, as he stepped off and headed backstage, I was fully convinced that if I’d looked up the words “cooler than a fan” in Webster’s, there’d be an image of K Jay right there, grinning at you like the original Cheshire Cat.