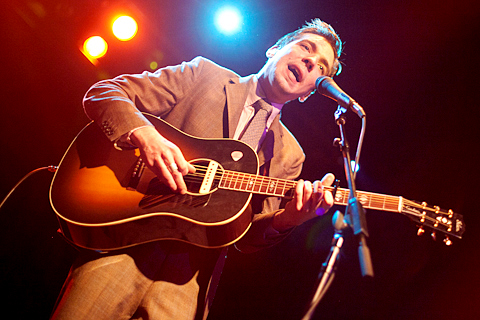 Justin Townes Earle‘s Valentines Day show at First Avenue was not sold out. It was not outrageously hot, or too packed to move. The crowd was pleasant and comfortable. But it shouldn’t have been so calm, really, when you take into account the caliber of the performance that Earle put forth.

Over the course of his hour-and-fifteen-minute set, Earle discussed everything from family matters and heritage to his lovin’ of the ladies to his well-publicized bouts of substance abuse. Always addressing the audience as “ladies and gentlemen,” he would divulge the details of the inspiration for a particular song before performing it, setting the mood.

“My father [singer-songwriter Steve Earle] one time, when asked to comment on me, said, ‘He’s a hard dog to keep under the porch,’ and I’ve found that to be true, and so have most of the women I’ve dated,” Earle said by way of introducing “Ain’t Glad I’m Leaving,” adding that “I’m trying to change now, slowly but surely.”

It was one of the many songs that damn near started a hoedown in the middle of First Avenue, as audience members stomped their feet, whooped, and twirled each other around.

Earle’s anecdotal accounts always had a wry ring of humor to them, too, and he often had the crowd roaring with laughter and looking incredulously at each other.

“Ladies and gentlemen, I’m a weak man. A couple of my weaknesses are ladies—well, now that’s the sound I like!” said Earle, pausing while a few women in the audience screamed—”and fried chicken. And I can’t decide which I like better…but let’s face it, fried chicken is cheaper but it gives me a lot less to write songs about.” With that, Earle dove into the energetic “Ain’t Waitin’,” which begins with the words: “It’s Sunday mornin’/ Fryin’ chicken/ Watchin’ baby workin’/ In the kitchen/ Got home late last night/ And I’m movin’ a little slow.”

Shortly following, Earle sent his bandmates (the talented Josh Hedley on fiddle and Bryn Davies on upright bass) offstage for a short break, while he continued for a few songs on his own, chatting with an audience who clearly liked him more and more by the minute. For me, this easy sort of banter from a man who seemed like the antithesis of modern folk music was a special treat. Earle is country in the way country should be: without the self-conscious twang, without the gratuitious pickup truck. More old-fashioned. I almost wished I were seeing him in some dirty, smoke-filled bar in southern Texas, with clinking beer bottles and cowboy hats.

Earle was not shy about anything, but his revelations were not for shock value. “Ladies and gentlemen, I have a continual problem with incarceration and chemical dependency,” Earle announced slowly to the audience as he tuned his guitar. “See, I like cocaine, and it presents some problems. I know better, but sometimes I just don’t care.” From there, Earle launched into “Slippin’ and Slidin’,” a sad, hopeless-sounding song for the willful mistake-maker in all of us.

As Earle’s voice wrapped around the lonesome chorus, it struck me how entirely heartbreaking his performance was. From the way he spoke to the audience—as though he were addressing a congregation comprising family and friends, a preacher with plenty of sins himself and hiding nothing—to the simple brown tweed suit he wore, Earle seemed almost as though he had been plucked straight out of a postcard from the 1930s. Earle lives in Manhattan these days, and I just can’t picture him there for the life of me; that’s not his sound, that’s not his roots. In my mind, he’s sitting on a porch on a hot summer day, strumming his guitar with a pitcher of lemonade at his side, as timeless as a blues song.

Speaking of blues, Earle does that very well, too. As he performed the explosive “I Been Burning Bad Gasoline,” I looked out at the crowd and saw so many people closing their eyes, shaking their heads. Earle does the blues in that toe-curling good way, the way that makes you want a cigarette, that makes you feel like you’ve been drinking whiskey all night.

It’s hard to say what was the best thing about Earle: his deeply honest songwriting, his approachable sadness, the bittersweet upturn of his mouth, the utterly spectacular playing…or maybe just his ability to make you feel like you’ve lived a different life for an hour or so. 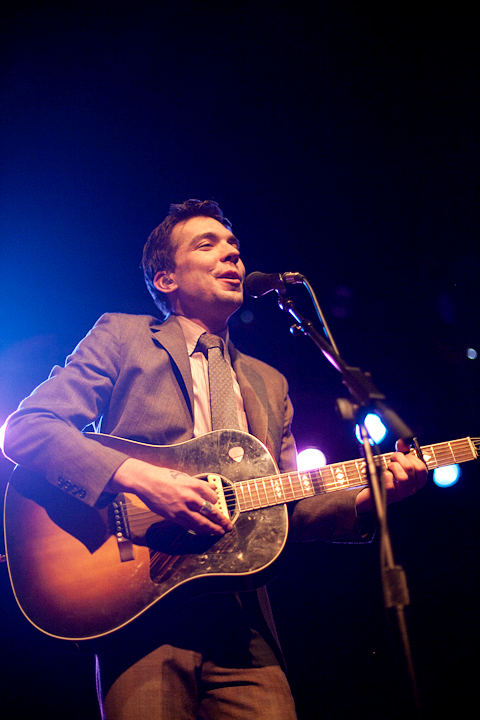 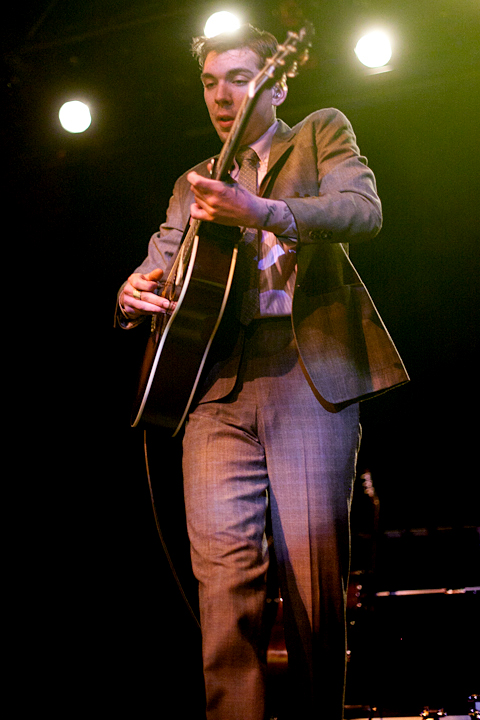 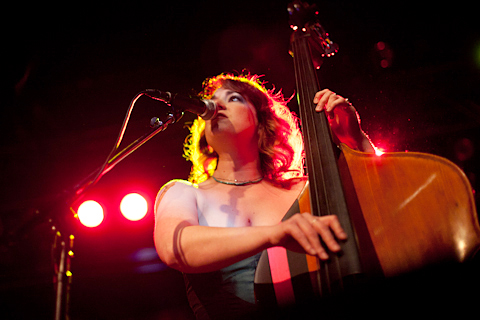 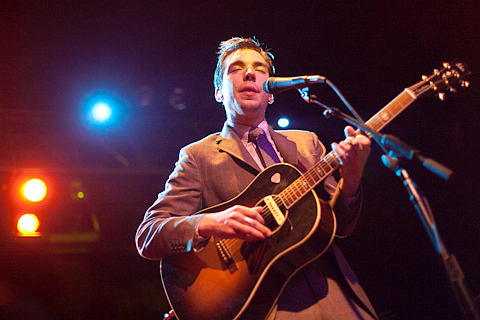 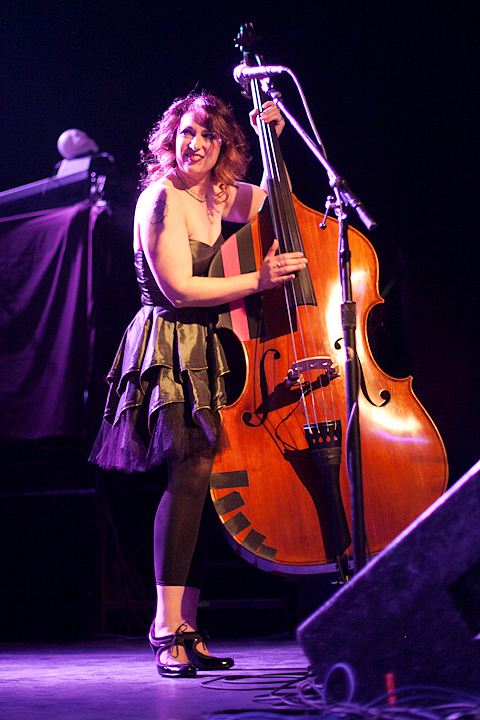 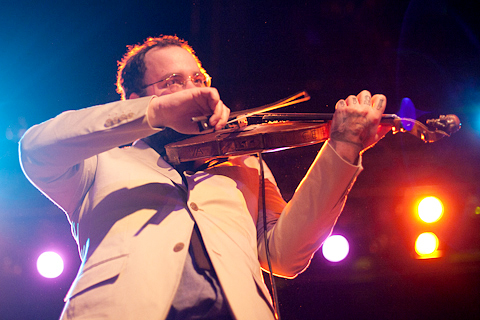 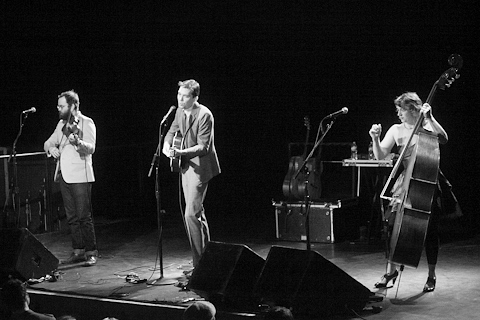 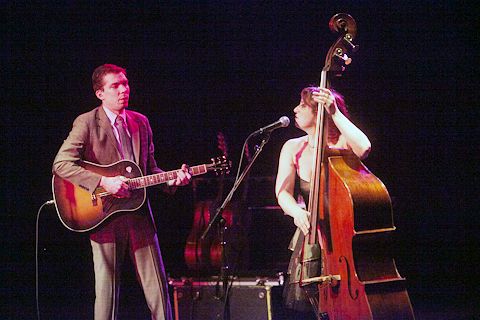 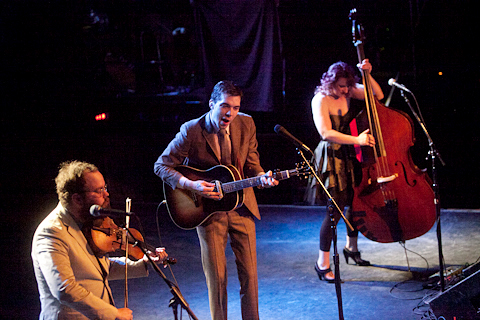 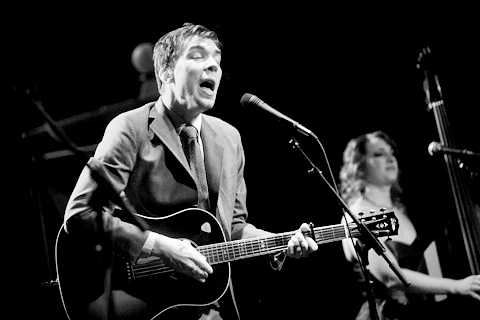 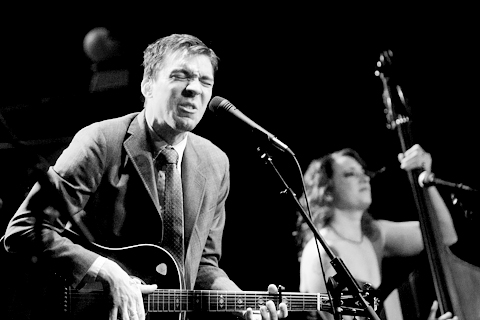 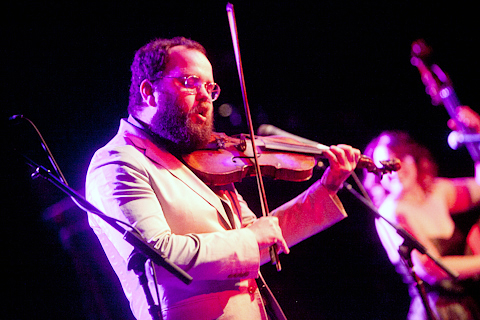 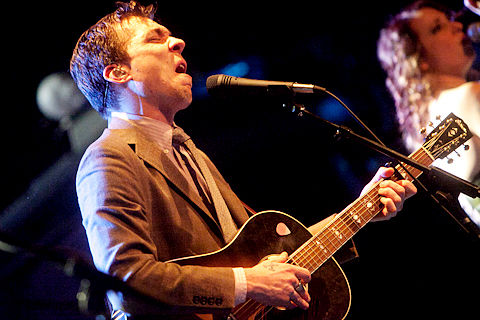 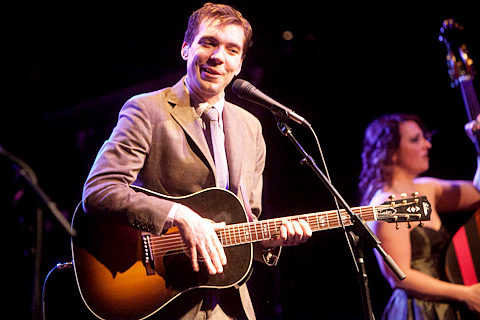