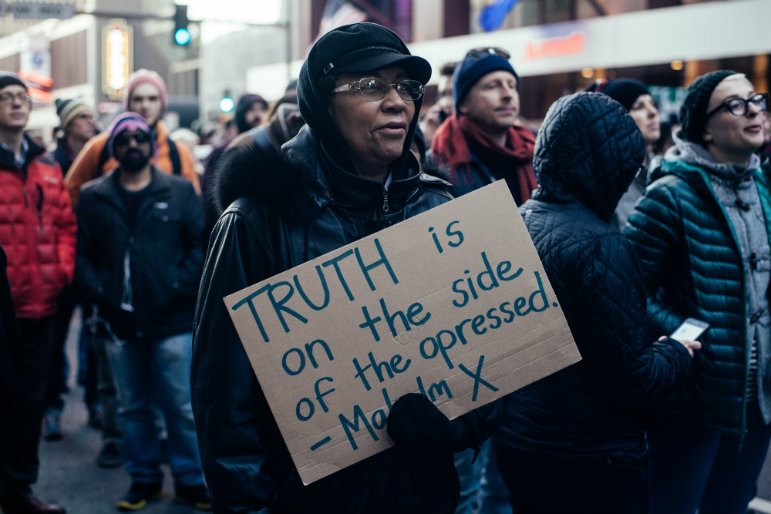 For me, the issue is justice, and justice was not served by Mike Freeman’s decision.

Other articulate people chose words very well: “Power at its best is love implementing the demands of justice, and justice at its best is power correcting everything that stands against love.” In saying this, Rev. Dr. Martin Luther King Jr. reminds me about the role of power (at its best). In Mr. Freeman’s decision, we had the power, but in service of an abusive and oppressive system. Mahatma Gandhi had this to say: “There is a higher court than courts of justice, and that is the court of conscience. It supersedes all other courts.” Conscience says that killing an unarmed person is wrong—period! We know about hundreds of police extrajudicial executions where the same excuse was offered, “He went for my gun.” If we hear this once or twice, it might be credible. After literally hundreds of such statements and no prosecutions, this statement seems empty.

There are no number of details about handcuffs, DNA, who said what and the executed man’s final words that can block out the bare truth: a life is gone and cannot be retrieved. A black man’s life was cancelled because an injured woman needed to get into an ambulance. In fact, by the time police got to the scene, Ms. Hays was already in the ambulance with the doors closed and Jamar Clark was standing nearby in a calm manner. In how many other ways could officers of the law, sworn to protect and serve, have helped in this situation?

These circumstances are repeated across the country. In New York, a black man is dead because he sold cigarettes one by one. In Ferguson, a black man is dead because he stole some Slim Jims. The list goes on. If we look at the whole set of events that led up to the tragedy, we often see that the initial events should not have triggered deadly force. Yet, from a responding police officer’s point of view, things escalated until they were afraid for their lives. The escalation came from the way the police responded. It doesn’t have to be this way.

To me, this is a systemic issue. Frederick Douglass said, “Where justice is denied, where poverty is enforced, where ignorance prevails, and where any one class is made to feel that society is an organized conspiracy to oppress, rob and degrade them, neither persons nor property will be safe.” Mike Freeman’s decision brings home, to me, the confines of our current legal system. If indeed, he could not charge the officers within the legal system, this signifies how broken the system is. In fact, the craziness is underscored by the concurrent Federal investigation on whether Jamar Clark’s civil rights were violated.

Why do we need two investigations apparently under different aspects of “the law” to know that what happened was wrong? That a life should not have been taken. This decision also stands as only the most recent of a 400-year history of a system of law and “enforcement” that created and promoted white supremacy and also selectively oppressed people of African descent, indigenous people and other people of color. In my analysis, it is this system of laws that helped to create and formalize the structure of white supremacy in the USA. No wonder people of African descent, Indigenous people, and other people of color as well as white people like myself feel unsafe in the USA. My heritage is Jewish. Our people know that when laws are unjust it is only a matter of time before you are next to feel the abuse.

There must be hope. In the short term, I believe that we as a community need to heal. Healing, to me, is grounded in openly declaring and owning your part in causing the pain, the tension, the gulf. If we can openly declare the truth, we may get to reconciliation. We need to begin to construct a new relationship between police and communities of color, and the whole community. Telling the truth publicly will be difficult and painful for people in the community and for the police. Still, this is the beginning. Telling the truth is linked to accountability. In the case of a “truth and reconciliation” commission, accountability needs to be defined. In South Africa, the standard was public admission to specific acts. A “truth and reconciliation” commission for Minneapolis, with commitment from the City, Police and community might have a chance.

Immediately, police continue to patrol, protect and serve. To begin healing and demonstrate good faith, the police could: