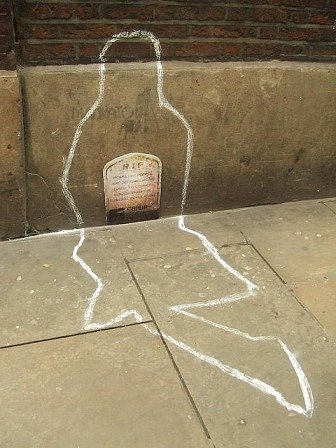 One of gospel music’s longest running groups called The Williams Brothers sang a motivational song entitled “I’m Just a Nobody.” The soul searching chorus was embroidered into the title song with the words, “I’m just a nobody, trying to tell everybody, about somebody, who can save anybody.”

This song came to mind as I saw something not unfamiliar to most: a man holding a sign which read “Homeless Seeking Kindness – Bless You.” As cars piled up waiting for the light to turn green, the man weaved his way in between cars collecting dollars and change that were being handed to him through slightly lowered windows.

While observing him, I metaphorically envisioned him as this black and white flower that had unnoticeably grown through the cement cracks of a colorful world. As his position changed from sitting in a wheelchair to standing while in need, his appearance revealed a portrait of a man who knew only failure with not many successes in his life.

I sat in my car digesting the mental image of this individual while noticing the eyes of some who conveniently skipped over the socially unacceptable figure as he moved only to reach out and capture whatever financial kindness was being offered to him. I knew I could not look at another and not want to help them find their hope and without a second thought I pulled my car to the side of the road.

I wanted to talk to this man and listen to his testimony without judging his message. As I approached him I noticed his white beard and charcoal-grey mustache. He wore a short oversized faded jacket that covered his body and underneath his coat were layers of a shirt and sweatshirt that cradled his body. An old pair of denim blue jeans hugged his legs concealing a pair of pants that gave comfort from the brisk Minnesota air.

His attire appeared as though it had survived one more round in fighting off another Minnesota winter. Standing just a step away from him, I noticed his smile was captivating and friendly. His mouth displayed a couple missing teeth. I began to rationalize that he was someone who perhaps no longer looked for hope or change, only that society would accept and understand him.

Regardless of this individual’s circumstance, the human condition within us is alive and wants to know or hear someone say “You matter to me.” My hello was soon followed by his life testimony and it spoke volumes.

This individual wasn’t “just a no-body,” as perhaps society would view him as. He spoke of being homeless and alienated by family, friends and society. I was able to understand his dangerous road to destruction and how he was now living one of life’s most tragic occurrences caused by his addiction to alcohol. He had lost everything. The wheelchair was the result of a terrible car accident that limited his standing and mobility.

The man did not go into detail about how he became addicted to alcohol but he spoke of a life that had once touched and enriched lives from a pulpit which held a large congregation. Having listened I didn’t see someone who stood/sat on a bridge as society’s burden. I saw someone who possibly had forgotten how to pick himself up by his own strength, someone who had wrestled with seeing the value in his own life, and continued to make the same mistakes that brought him into his current circumstance.

If you have ever been through something and somebody carried you and brought you through your circumstance then you know what it means to feel like a nobody (lost), reaching out for everybody (redemption), and hoping there was somebody (trust), who had the kindness to save anybody (compassion). If you’ve experienced this you’ll understand his story.

E. Ellis is a freelance writer that lives in Minneapolis.