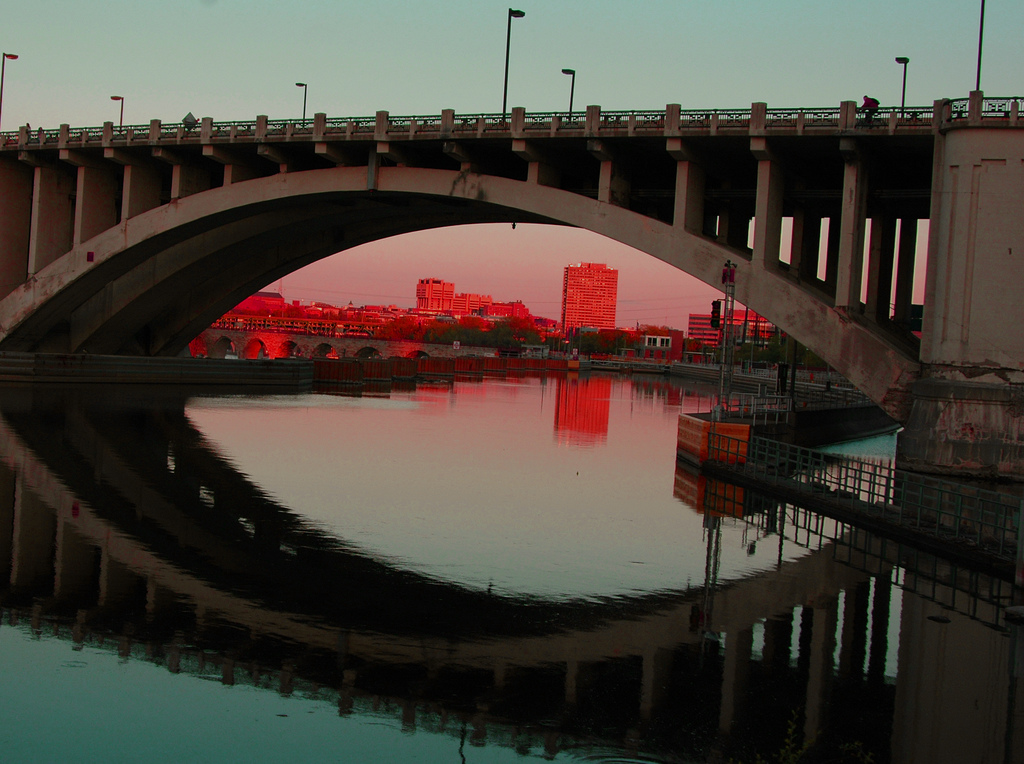 The summer has plateaued; all of July feels helpless. The state government shut down, and there was nothing any of us could do to stop it, and nothing any of us could do to fix it, and now no one is happy with the solution and it is all a big, awful knotted mess. This is, of course, following a year of conflicts across the world, across state borders, all of which everyone was powerless to stop—except for a few judges and governors and people we voted for or didn’t vote for and no one at all that any of us knew.

Instead, we hit the summer doldrums the best way we know how: by shimmying up, extensively and intimately, in the least of our summer clothes to the people we know. It is the thick of block party and neighborhood gathering season, and our community newspapers largely reflected that. With a nod to how much the shutdown was terrible for everybody, our community papers shifted to focus on our celebrations even more than usual—and aside from the parties and concerts, it’s been so quiet in the Cities.

Except for the demonstrations around the Capitol—and, also, those regarding CeCe McDonald, a trans woman charged with murder after a June 5 stabbing that may have been the result of a hate crime. The Colu.MN reports that the treatment of McDonald in the justice system—and in the media—has ignited protest.

In an effort to shift attention away from the Presidential Candidate Congresswoman (or just to do her job), 4th District Congresswoman Betty McCollum appeared in two of our surveyed community newspapers this month, comparing the state shutdown our national debt issues in the Asian American Press and fought cuts to the Environmental Protection Agency in Insight News. Minnesota Senator Al Franken made an appearance, too, in American Jewish World, also discussing the “dangerous game of chicken that we are playing here in Washington” regarding congressional negotiations on the national debt and its similarities to the Minnesota state shutdown, before he popped up all around the community newspaper known as the Internet, fact-checking Focus on the Family.

But for the most part, local politicians are bowing out of the spotlight. With the end of the shutdown, Governor Dayton can finally get some sleep, just like late-night residents of the Tenth Ward: City Councilwoman Meg Tuthill withdrew her controversial summer patio reduction ordinance in favor of a task force to investigate solutions to the “young drunk people are loud” problem. Other changes are moving along quietly, such as the restructuring of fire inspection renovations reported by the Messenger; the covert disposal of large garbage items in South Minneapolis, contemplated by Southside Pride; the stingless wasps released to prevent the evil emerald ash borer, as discussed by the Park Bugle; and the Minneapolis Park Board’s possible transformation into becoming “a pop stand for pulp fiction” like Hennepin County Public Libraries, pondered by Southside Pride.

If you include “social equality issues that are sneaking up on us” in your monthly dose of quiet transformations, you can also check out articles on the near-silent elimination of the black middle class in the Minnesota Spokesman-Recorder, a study on the connection between housing stability and nutrition in the Asian American Press, a consideration of the FCC’s regulation of low-powered television and its effect on minority communities in Insight News, and a compelling discussion of the racial diversity of the U.S. Women’s World Cup soccer team in Mshale.

And the Minnesota Spokesman-Recorder reports that funding for repairs from the May 21 tornado is still elusive, which relates to all of the above things, except for the “quiet” part. A tornado, as discussed in the last Community News Roundup, is a rather noisy form of change.

So is, as always, the Central Corridor construction, which is still being disruptive in all the same old ways, reports Jane McClure in the Monitor and the Villager. However, business owners along the scar that is University Avenue in St. Paul are eligible for zero-interest loans to help rebuild their businesses.

Cultivation and rebirth are important parts of summer, and in North Minneapolis Project Sweetie Pie works with high school gardeners to create “an initiative to build healthy neighborhoods by controlling the food distribution system,” according to NorthNews. A similar food-centered community-building cultivation project called Energy Resilience Group is “retrofitting a neighborhood” in St. Anthony Park, as reported by the Park Bugle. And the Asian American Press reports on two slightly different attempts at developing and distinguishing a specific culture: the Vietnamese oral history project and a National Endowment for the Arts grant to create a website devoted to the culture of Hmong embroidery.

This month’s roundup is on the short side—and with summer camps and block parties and all sorts of festivals, Twin Cities Runoff readers can take the active route in ascertaining exactly what cultural development means in late July 2011. Don’t feel helpless; the heat is bearable, so go outside and get to know the things you feel like you can change.