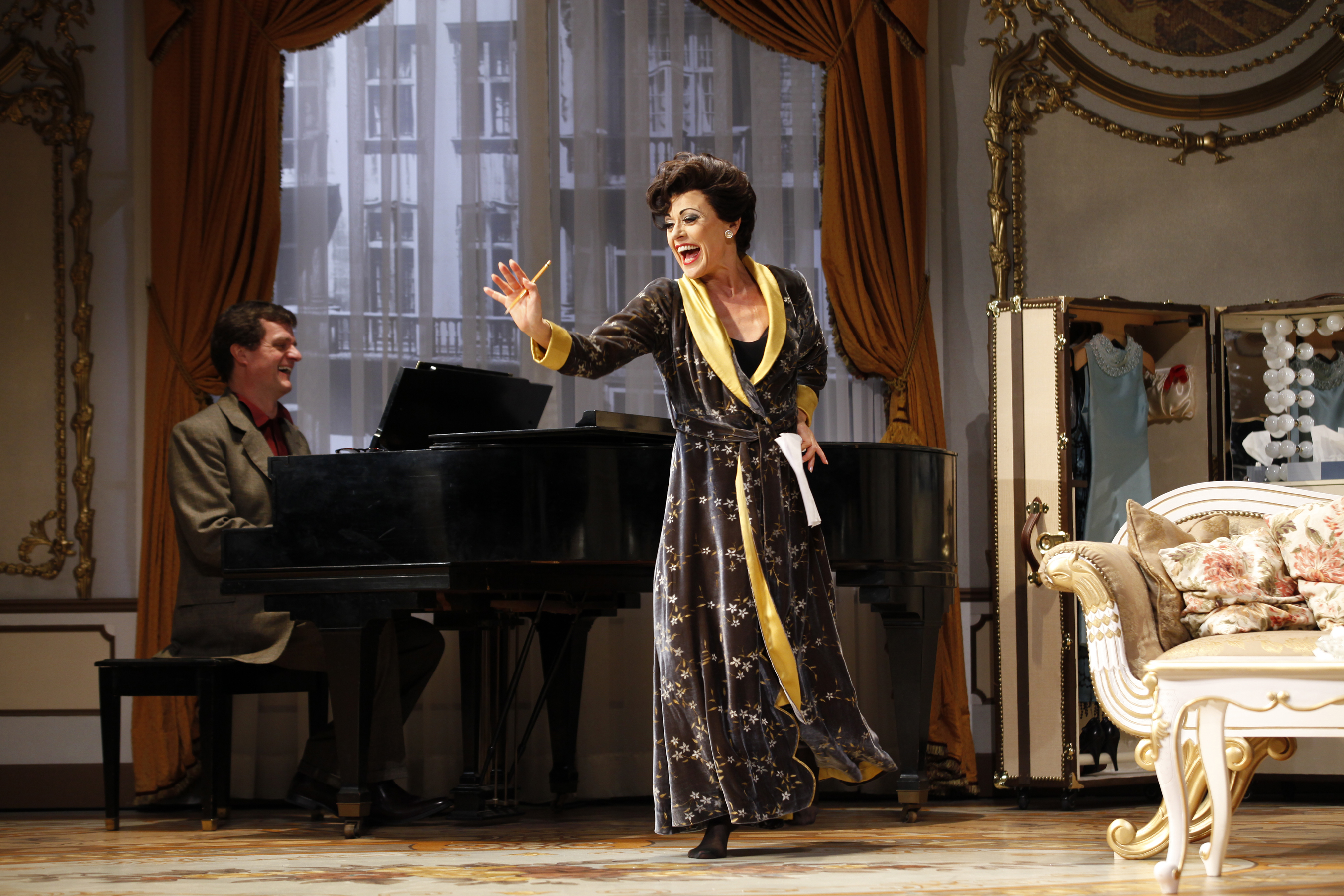 Before seeing End of the Rainbow at the Guthrie Theater, what I knew about Judy Garland started with her role as Dorothy in The Wizard of Oz and ended with a foggy knowledge that her life ended tragically after years of drug and alcohol abuse.

I had no idea that her drug usage was facilitated by MGM Studios while she was still a child actor. It was common practice for the young actors to be given amphetamines to help them deal with the rigorous demands of their schedules. Garland was plagued with lifelong self-esteem issues that had their roots in the constant pressures from the studio for her to lose weight. Garland also had financial problems during her entire career due to mismanagement and a lavish lifestyle. She had four failed marriages and died at the age of 47 from an accidental drug overdose, just three months after marrying her fifth husband.   All of these struggles are revealed in End of the Rainbow as the play takes us behind the scenes in 1968 when Garland arrives in London to begin her final concert series at the Talk of The Town cabaret.

Tracie Bennett as Judy Garland is superb. She brings Garland to life with all of her flaws while reminding everyone why she was truly a star. Bennett not only is convincing in her portrayal of Garland in song and mannerisms, she gives a gut-wrenching performance as Garland succumbs to her need for alcohol and drugs to get her through her stage performances. She takes Garland from the depths of despair and self-doubt as she valiantly tries to put on a show each evening for an audience looking for the star they have loved.  There is a line toward the end of the show that really summed up that struggle: “It’s a terrible thing to know what you’re capable of and never get there.” Tom Pelphrey as Mickey Deans, her young manager and fiancée, and Michael Cumpsty as Anthony, her accompanist and friend, both do an admirable job of providing the backdrop to Bennett’s dramatics.

William Dudley created a clever set that transforms with the rise and drop of a back wall from a suite in the Ritz Hotel to a cabaret stage, revealing a small band that accompanies Bennett as she performs some of Garland’s well-known hits. Of course, “Somewhere Over the Rainbow” is there, but it is sung at the end of the show as Garland sinks to her lowest point and is still looking for that place where troubles melt like lemon drops and the clouds are far behind her. How heartbreaking to know that Garland will never find that happy place for herself.

Bennett and the entire creative team bring End of the Rainbow from London to the Guthrie for the North American premiere, on its way to a Broadway opening this spring. Take advantage of being one of the first to see what I predict will be a Tony-winning production.