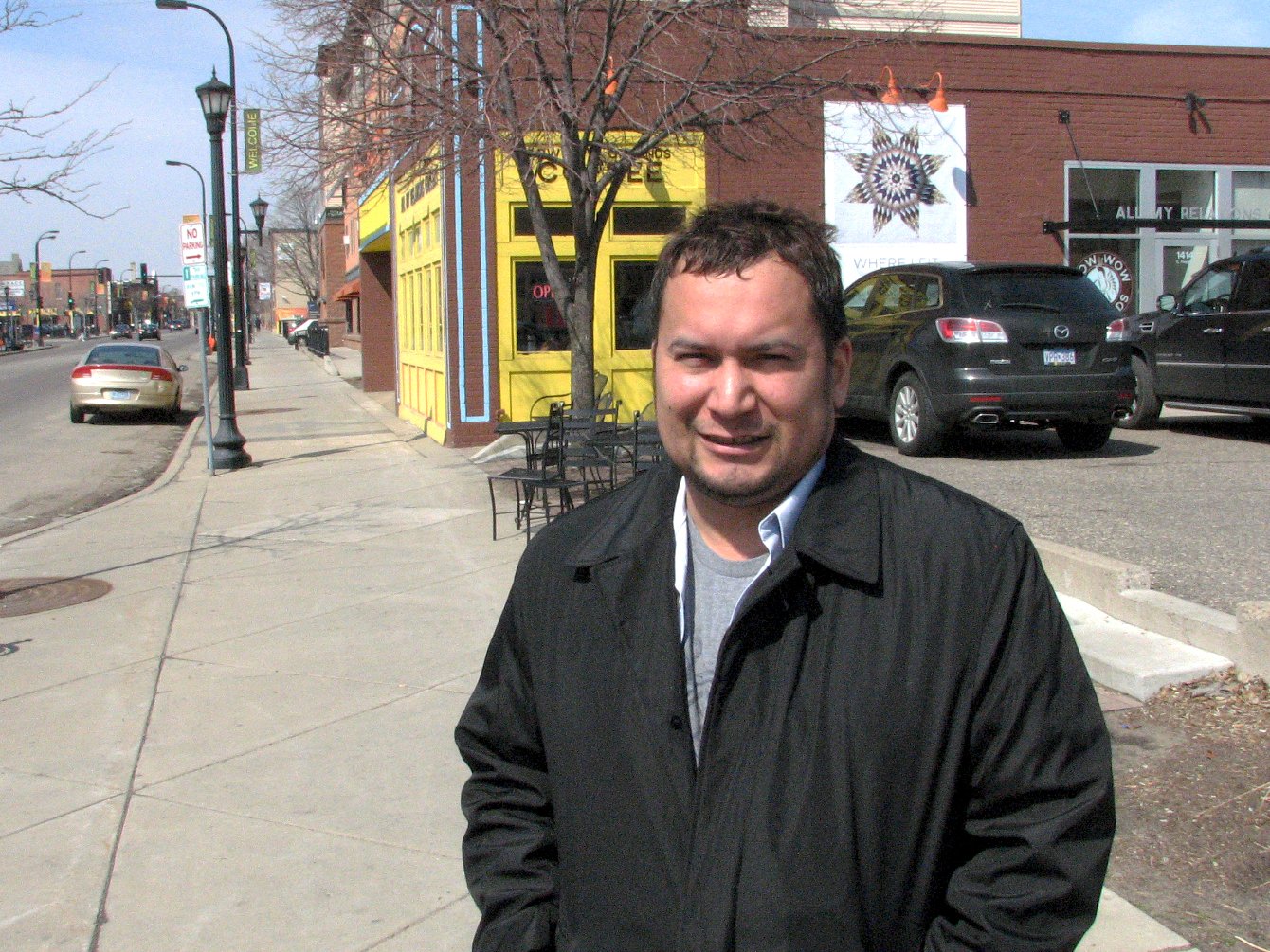 Raising the profile on Native American student issues and accountability are the top priorities for Ira Jourdain in his bid for the Minneapolis Public Schools Board of Education.

The Red Lake citizen and father of four – two of whom are enrolled in the city’s school system – sees equity, its allocation and application to minority students as a primary means to bridge the achievement gap. “The way the formula works is equity and equality: everybody gets the same amounts, no matter what. But that’s just not conducive to our kids, especially our Native kids and African American kids, who go to what they call the low-performing schools. These are schools that obviously need more funding, need more resources. And then that’s where equity comes into place, to me it’s reallocating our resources and putting those resources into schools that need them the most.”

Though any primary campaign can produce candidates who speak in broad generalities, Jourdain links together problems and solutions for the Native community, which has continually under-achieved when compared to others. “A lot of our kids go to low-performing schools that affect their housing, that affect employment. There’s a multitude of factors that affect our kids’ performances in the schools and it all boils down to plain, old equity,” he said.

Jourdain cites specifics issues and needs that impact student performance such as mental health, behavioral services and social workers. “There’s this tremendous need – I’ve heard this from across the district – for school psychologists to work with our kids on mental and behavioral disorders.”

In addition, Jourdain said that other factors stymying achievement may not always be apparent to school board directors not directly involved with the problems. According to a recent report by the Indian Education Department, Native American students have shown an increase in and remain at the top for homelessness. “We need stronger housing support services. My daughter at Tatanka Academy has had three or four students in her classroom that have moved constantly, throughout the school year, across the district. I was at this recent hearing and the percentage of Native American kids in our district who move constantly is 19 percent who are either homeless or constantly moving residences during the school year.”

However personal his experience is, this first-time candidate for school board was drawn into the process after the death of Hussein Samatar, the first Somali American to be elected to the board, in August of last year. While the board combed through candidates for Samatar’s appointment – which, ultimately went to Mohamud Noor – Jourdain gleened perspective and gained some traction through the selection process.

“And so it kind of got the ball rolling after that and so my overall interest increased and people after that came forward this past winter and said, ‘we liked what you had to say, how you presented yourself and we’re curious to know if you’d ever consider actually running for a full term on the school board.’ I said I’d think about it and … so I figured now would be the time to try,” he said.

In addition to admirers, Jourdain took what he believed to be a cue from the Native community on his candidacy. “I called around, just to gauge interest, to some other Native parents and Native teachers in the district and said I was looking at running for an actual seat on the school board for a term and wanted to know what [they] thought about it … and it was overwhelmingly positive.”

Jourdain has also been listening to what others in his constituency consider important. “I know that there are some things across the board that have not been done for Native students because there’s just not a Native voice on the school board. I sat down with someone from Indian Education and they shared with me their concerns and what it would mean if I was elected onto the school board, which would be more visibility and more accountability in regards to what a lot of Native parents feel are being ignored by the district: their concerns and what they would like to see in how the district handles our kids.”

Part of his candidacy also hinges on taking on what he calls the education industry, in terms of producing comprehensively-trained education professionals, “in classroom tutoring and in the classrooms’ teacher’s aide. I think that’s a glowing need when we have overflowing classrooms in our schools – especially in our low-performing schools – with inexperienced teachers that need the mentoring, who come right out of the gate and they’re thrown right into the fire.”

As he’s identified the issues that made his candidacy relevant for both the Native community and the city at-large, Jourdain knows he has an uphill battle, particularly after the April 26 Minneapolis DFL Caucus and Convention where newcomer Iris Altimirano received the party’s endorsement. However, he remains undaunted.

“I think when you’re an under-funded candidate, you really need to go all out and show people that you’re dedicated. I’ve got only five or six volunteers, but they work all day and so do I and it shows. A lot of people that I’ve door-knocked said they really appreciate that,” Jourdain said. “The other candidates will have money but what they don’t have is drive and determination and what we have is a great community who will rally the troops. I know I’ll do well, it’s just a matter of getting our supporters motivated.”