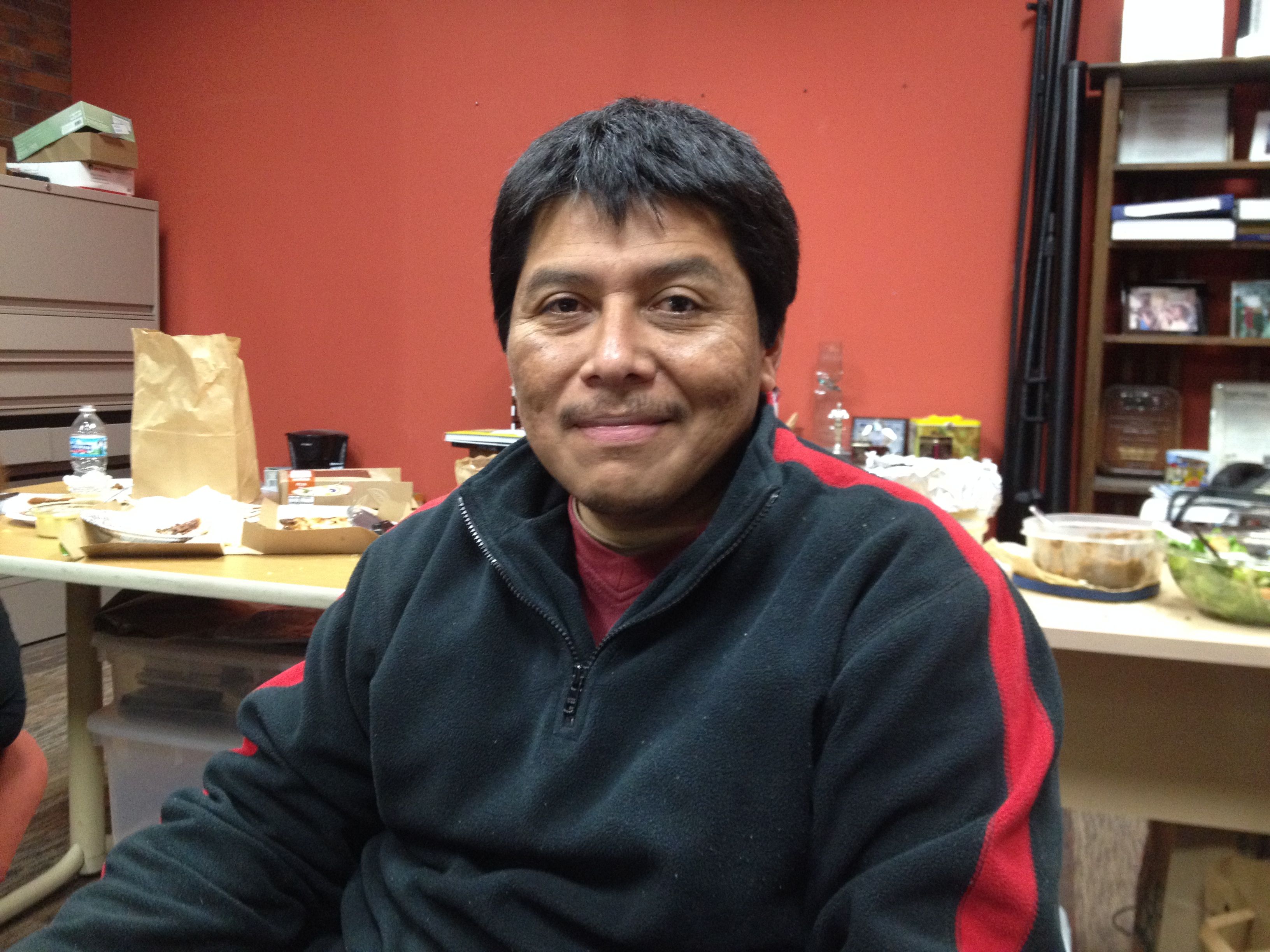 Jose Luis Morales was born in Nicaragua and grew up during the Sandinista revolution. He participated in the literacy brigades, teaching reaing and writing to others, and later worked as director of media for the Sistema Nacional de Publicidad, including radio work. After a change of government in 1990, he worked in publishing and sales and graphic design until moving to Minnesota in 2001.

After coming to Minnesota, he worked at jobs that had nothing to do with the media. Today he’s involved in organizing, working with the Dayton’s Bluff Community Council and with Fostering East Side Transit Equity Conversation (FESTEC), which held a large transit equity town hall on November 7. He said he is happy to have reconnected with both media and community organizing, and that the fellowship has helped him connect more deeply to his community in St. Paul.

Morales looks forward to “putting all my skills and knowledge in service of my comunity in the different organizations where I am a member. For example: Community Council, my Church Cristo El Redentor, Immigrant or Latino organization MIRAC, Mesa Latina or others, etc.”

He said that through the fellowship, “I love more and more my community, my church and my people – and that was great to me.”  He has set up a blog for his church, which will serve as a way to communicate with members.

He’s also telling the story to the larger community. “The article about ‘Pupusas’ was great,” he said, “because it opened my senses and I was to connect closely to reality of my people and my community.”

Morales also plans to show community pride in Dayton’s Bluff neighborhood in St. Paul, “because they got a big history, long, long history.” He has video footage and a script describing the neighborhood, but needs a computer to put it all together. One possible option: through the Media Skills Fellowship, he was introduced to the St. Paul Neighborhood Network (SPNN), and may work with them in developing neighborhood video.

“I never used social media – this is my first time,” Morales said. “I was against Facebook before.” Now, he said, he feels comfortable with Facebook, though he prefers WordPress.

Reporting for this article supported in part by the Bush Foundation.