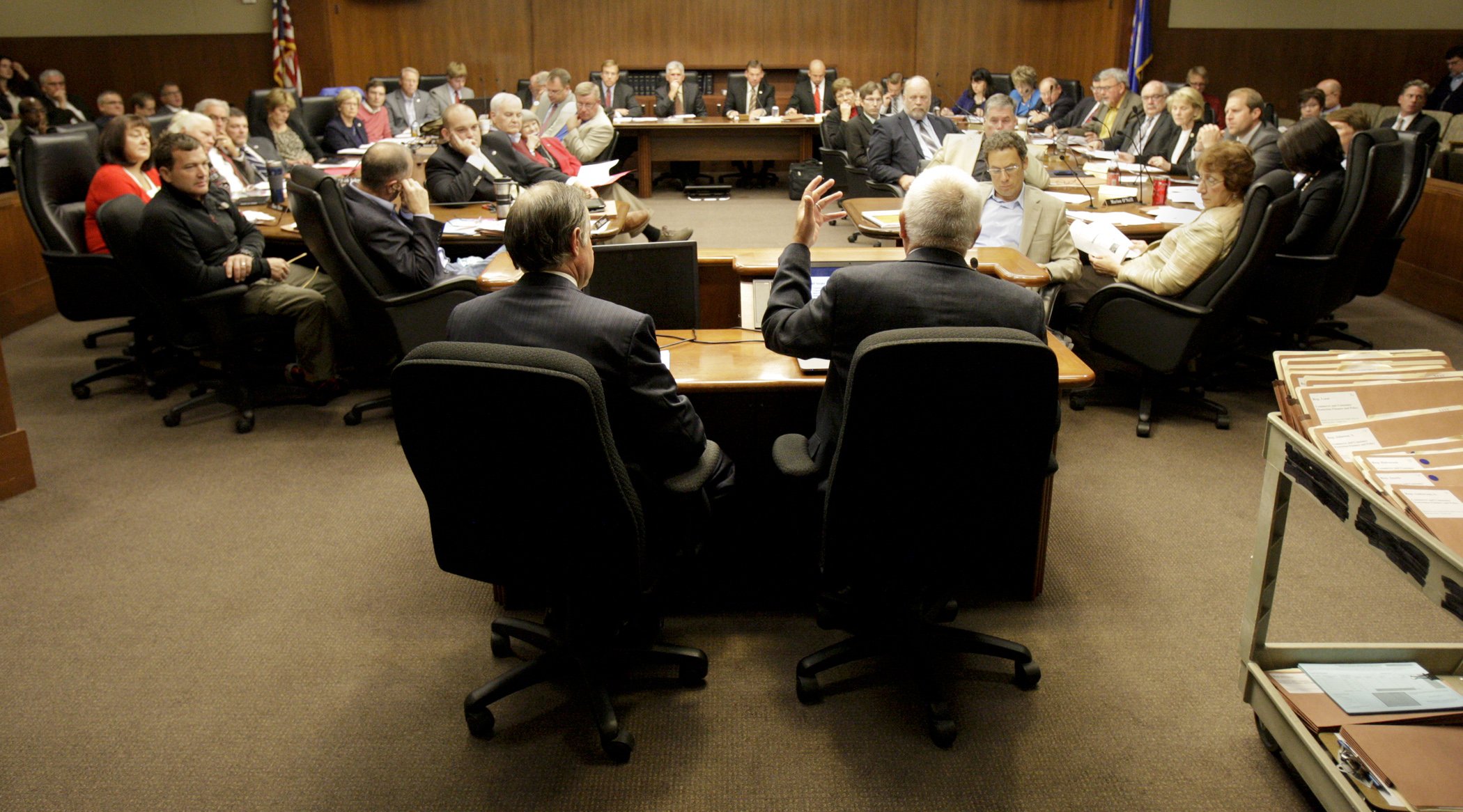 Lawmakers and industry representatives lay the blame for the slowdown on a jump in the number of oil trains crisscrossing the state to and from North Dakota’s booming Bakken oil fields.

But railroad industry representatives told a joint hearing of the House Transportation Finance, Commerce and Consumer Protection committees, and Senate Transportation and Public Safety Division, and Commerce and Jobs, Agriculture and Rural Development committees that, even without the increase in oil train traffic, the state’s rail capacity has been stretched in recent years.

[LISTEN: Archived audio of the hearing]

“We have an unprecedented situation,” said Rep. Frank Hornstein (DFL-Mpls), chair of the House Transportation Finance Committee. Agriculture, mining and passenger rail are all being impacted by the slowdowns, he said. “We need to know why that’s happening.”

Agriculture Commissioner Dave Frederickson said many farmers are finding themselves priced out of trains to transport crops like grain and soybeans to market with oil companies paying in the neighborhood of 500 percent more for rail cars than farmers were paying in recent years. That, he said, cost the state’s farmers around $109 million between March and May of this year.

“We’re competing — seriously competing — with other interests around the country,” he said.

Rail officials, however, said the state has seen a two-year surge in traffic and that North Dakota’s oil fields aren’t entirely to blame, nor are oil trains getting priority over other rail traffic.

“It’s not just a rural issue,” he said. “It impacts people in the suburbs, in the metro — all corners of the state.”