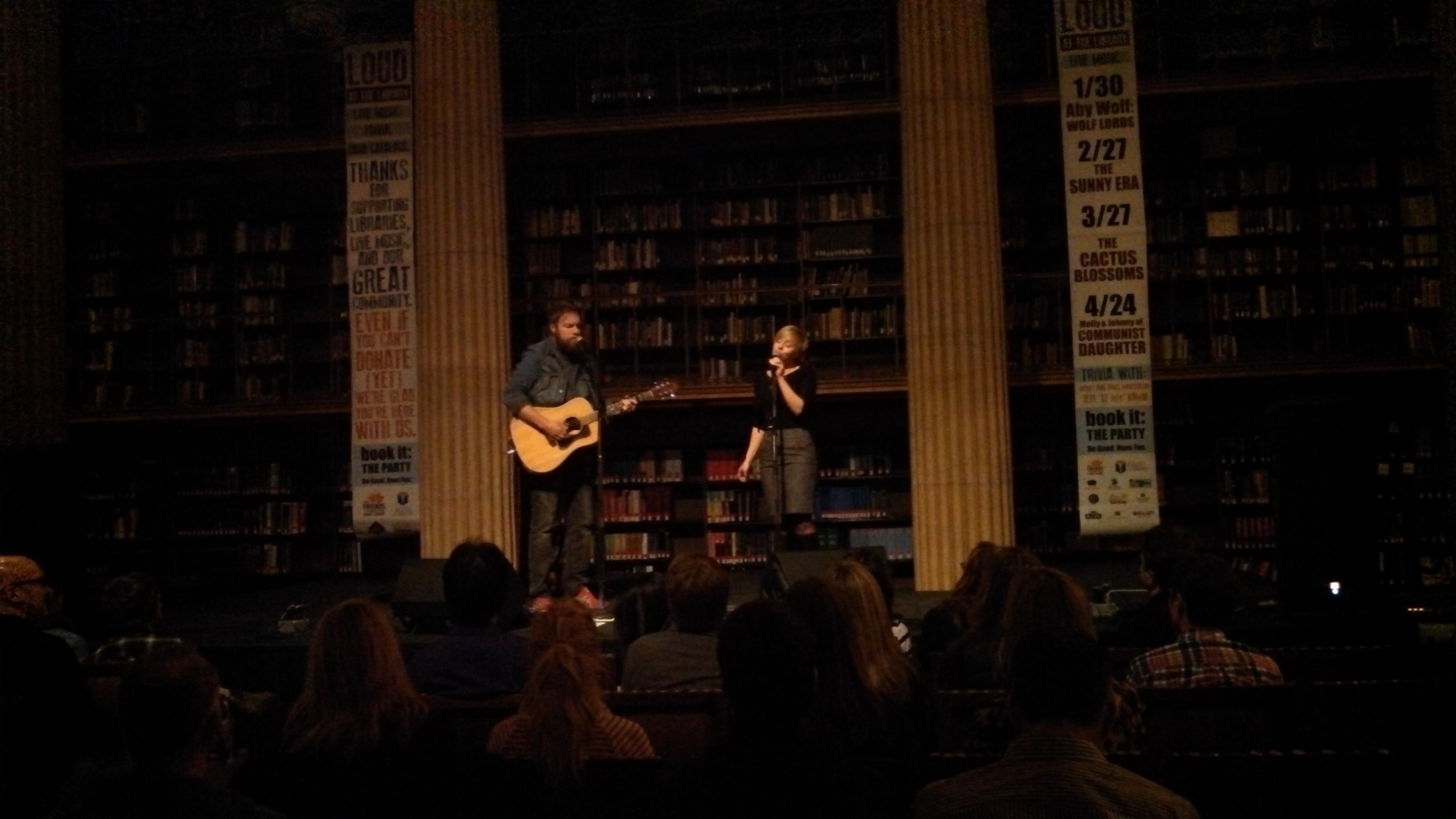 Thursday night was the final night of the Loud at the Library series, a fundraiser for the Friends of the Library featuring local musicians at the James J Hill Library. The grand finale was Johnny (Solomon) and Molly (Moore) from Communist Daughter. I’m tempted to say they ended on a high note, except I’m hard pressed to call Solomon’s songs a high note. They were great; but he tells a sad tale. One audience member shouted – why do I feel so sad? Solomon’s response – I feel like this all of the time.

He is a great song writer. His eye for detail and melody are fantastic – whether he’s writing about his own life, as is the case with Don’t Remember Me and many of the songs, or about a WWII solider in Fortunate Son. Both were played last night. They also played a few new songs, which are more upbeat; upbeat I’m sure as result of Solomon getting sober and finding love – with Moore. That being said, they played Balboa Bridge, which will be on their upcoming album. It is a bridge in California known for suicide leaps, so there’s still a dark undercurrent.

The couple sounded great in the library. Soundtrack to the End is a beautiful song – even when you’re listening to it on the treadmill at the Midway YMCA – but in the majesty of the Hill Reference Library it was just amazing. Moore’s voice was especially suited to the setting.

They played for an hour to a very appreciative audience. One thing that always surprises me is why there aren’t more people at the shows at the library. It’s a fun place to hang out, the sound is good. It’s not too expensive. They even have couches near the back. My only complaint – it’s not really a dancing venue. But if more dancers came, I bet we could change that!