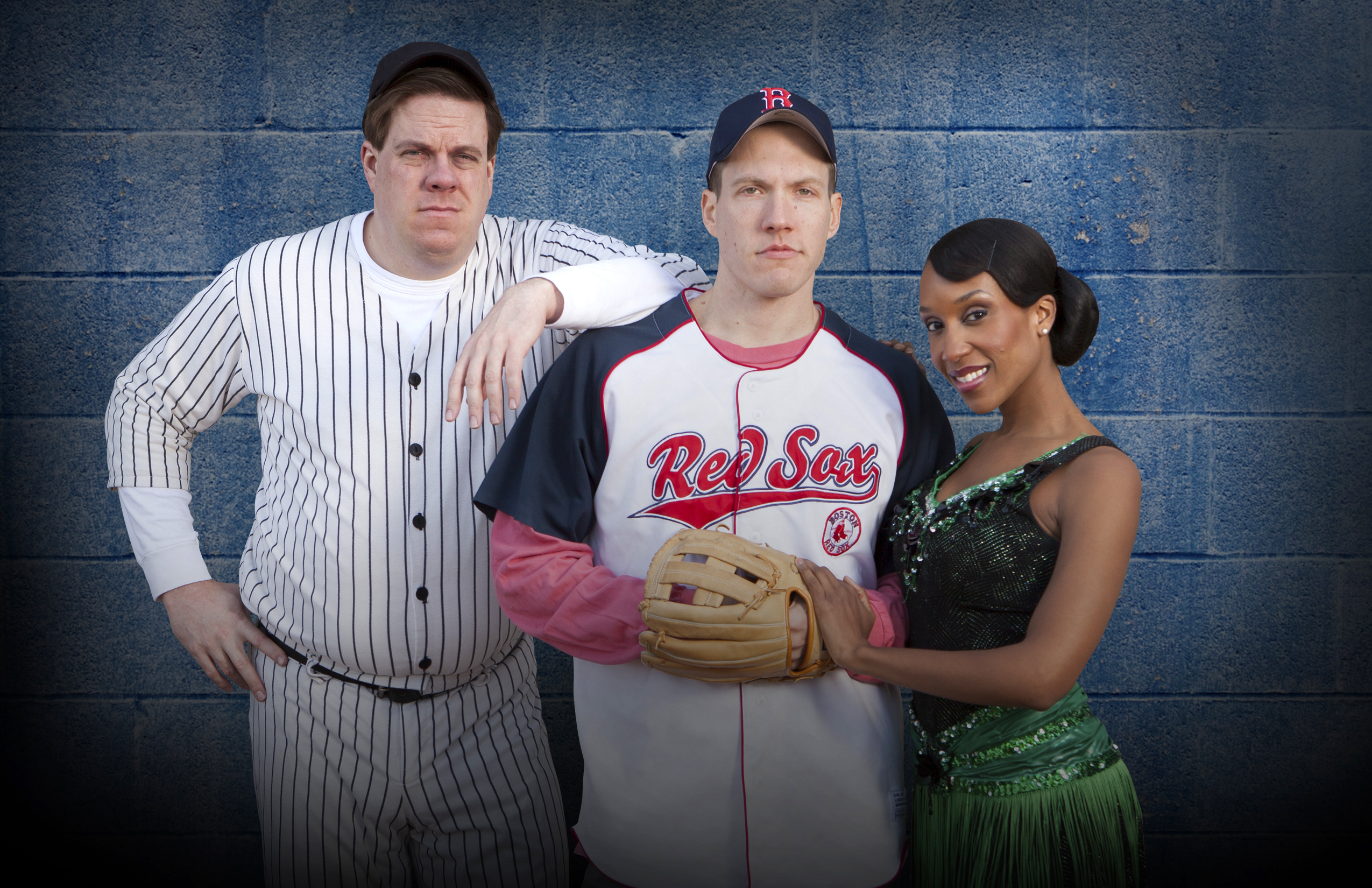 The play opens in 2004 during game four of the World Series between the Red Sox and the Yankees. The Yankees have won the first three games, and a group of Red Sox fans are sitting on the edge of their seats praying for just one more run to keep Boston’s hopes alive.  Of course discussion turns to the infamous Curse of the Bambino. This widely touted curse had superstitious fans believing that when the Red Sox decided to trade Babe Ruth to their arch-rival New York Yankees in 1919, they were doomed.

A lone fan speaks up to say that it was not the Bambino who put the curse on the Red Sox, but an unknown player named Johnny O’Brien.

The story begins in 1919 as we meet the promising young pitcher Johnny. His amazing success on the mound leads to a friendship with teammate Babe Ruth. Out on the town with the Babe, Johnny meets Daisy, a young African-American woman. Johnny and Daisy fall in love, but Johnny is warned that their relationship would not be accepted by the fans and should be kept secret. This leads to Daisy leaving Johnny and Johnny losing his confidence and his winning ways on the pitcher’s mound. Fast forward to 1948, when Johnny, returning from the war, finds himself managing the Worcester Boosters, a fictional farm team for the Red Sox. Jackie Robinson had been signed by the Brooklyn Dodgers in 1947. A young black ball player arrives asking Johnny for a try-out for the team, and carrying a letter from his mother Daisy. A secret is revealed that changes everything, causing the boy’s dream to play for the Boston Red Sox to be crushed. The story goes on to suggest that this is the real curse of the Boston Red Sox: their institutional racism, which made them the last team in major league baseball to integrate.

Johnny Baseball offers the audience baseball, great musical numbers and choreography, romance, and drama. It is a fictional story intertwined with historical facts. It is fast-paced and entertaining, and has twists and surprises. The audience on opening night appeared to agree with me. I was pleasantly surprised to find the music by Robert Reale, the lyrics by Willie Reale, and the choreography by Jim Lichtscheidl to be top-notch.

The play premiered in Boston in 2010 and is currently described by author Richard Dresser as “… evolving constantly.” Interestingly, the idea for the musical was conceived in 2003 by Dresser and Willie Reale after the Red Sox lost again to the Yankees in the playoffs.  When the Red Sox finally won the World Series in 2004, Dresser and Reale realized that the win gave them the ending of the story that they were lacking: the end of the Curse.

Zach Curtis as Babe Ruth, Timotha Lanae as Daisy, and Joshua James Campbell as Johnny deliver stellar performances. The chemistry between Lanae and Campbell is totally believable and the musical numbers between the two of them are beautiful—particularly “Circle in a Diamond” and “I Thought About You.”

I recommend this show to fans of musical theater, fans of baseball, and anyone who appreciates a well-told story. You won’t be disappointed.