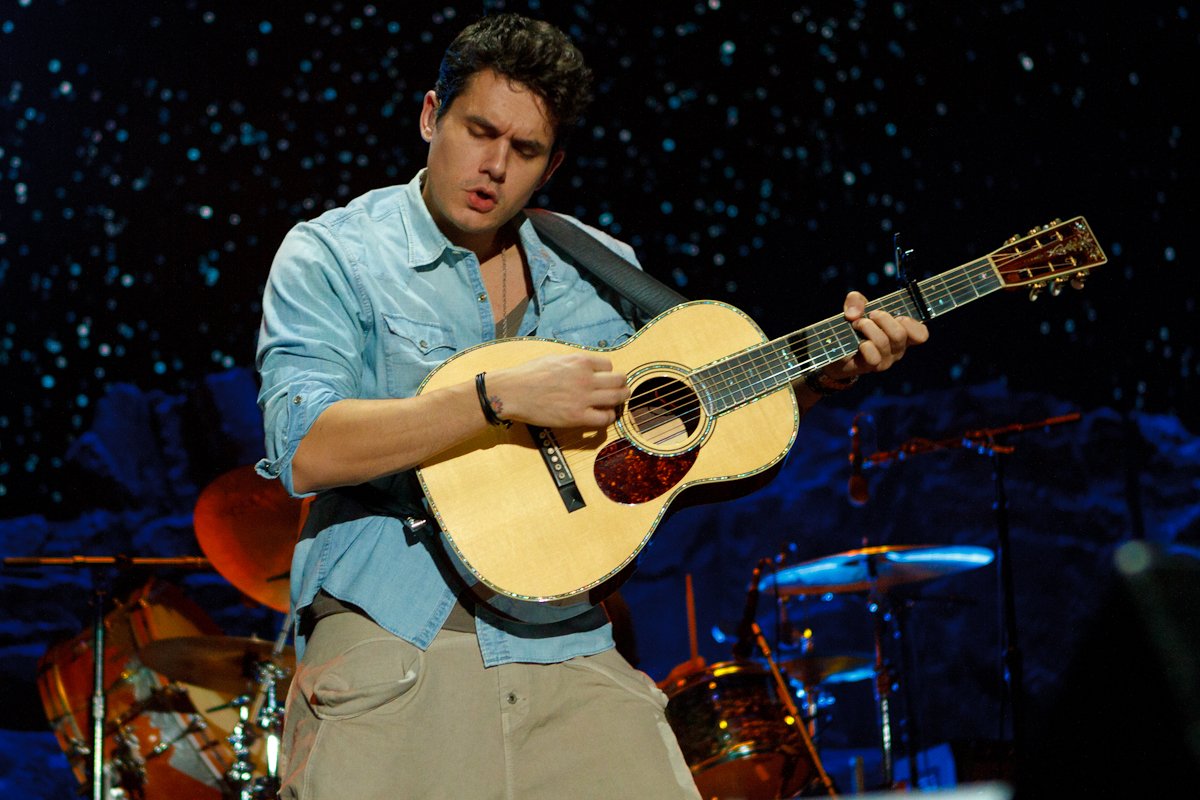 Fans celebrated the long overdue return of John Mayer to the Twin Cities as the “Born and Raised World Tour 2013” made a stop at the Target Center on Saturday, November 23rd. Obviously Mayer is not content with sticking to any one specific style as this performance again had a different look and feel from what we’ve seen from him in the past. After disappearing from the scene for a while to recover from throat surgery, the now Montana resident had a new sense of calm about him. The stage set reflected his proclaimed new appreciation of the outdoors with a giant video backdrop creating the illusion of the band performing in various scenic settings. Mayer’s vocal sounded good as ever and he has no problem serving up some wow factor on a Stratocaster.

The eclectic set flowed nicely between the different styles Mayer has explored starting with the newer “Queen of California.” He sprinkled in some of his best known tunes including “Belief,” “Neon,” “Waiting for the World to Change,” but shied away from some of his biggest Pop hits. Mayer did fit in a cover of Tom Petty’s “You Don’t Know How it Feels,” which suits him so well. Unlike some past performances, Mayer didn’t speak to the crowd a whole lot and the intended focus was very much centered around the music, which did not disappoint. The 21 song set concluded nicely with an dynamic version of “Gravity.”

Idol winner Phillip Phillips was a good fit to open the show. Whether you know it or not, everyone has heard his commercial hit “Home” by know, but Phillips proved that he is a solid entertainer beyond that.