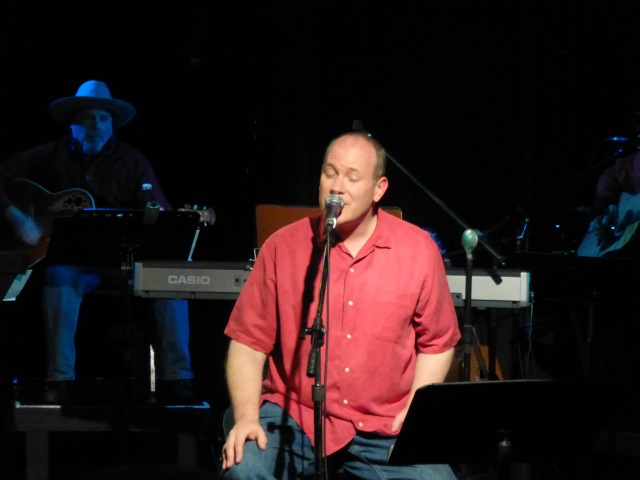 I saw a much different show at the State Theatre when members of John Denver’s band reunited for a tour that included video of Denver performing as a backdrop to their live performance. That show got me thinking about John Denver the man: how forward-thinking he was in the causes he championed but what a troubled personal life he had. However, I did not feel nearly as connected to Denver the musician as I did when I listened to Dennis Curley sing.

I appreciated the fact that Curley covered many of Denver’s best-known hits but also introduced me to several songs that I was not familiar with. It makes we want to go back and listen to all of Denver’s music again and discover other gems. In Country Roads, Curley is supported by talented local musicians Tony Wirth, Leo Lenander and David Weeks-Wynne. A special mention needs to go to Lisi Wright, who provided back-up vocals; a duet performance with Curley; and fiddle playing that really shone in the final song of the evening, “Thank God I’m a Country Boy.” Dennis Curley and his band will be at the Bryant-Lake Bowl through May 11.

For me, listening to Curley performing was like seeing John Denver: his lyrics that bared his soul and his music that at times created a voice of its own. There was almost no mention of Denver’s life or his struggles; this show is all about how music forms the backdrop for so much of our life history. I think that, at least for me, it is the happy memories that this music evokes—and it is those memories that make me smile, along with that sunshine on my shoulders.