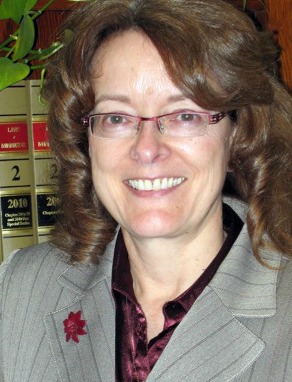 At that point, the Legislature’s role in the process is essentially done. The Legislative Auditor’s Office takes control of designing and conducting the research, pulling together conclusions and recommendations, writing the report and then releasing it. “Legislators have no say as to what goes into the reports,” Hauer explained. “They don’t even see a draft of the report. It really is a report of our office and it’s to be seen as an independent, unbiased look at whatever the topic is.”

The reports are released back to the Legislature, and it’s up to them to decide what to do with the report’s conclusions and recommendations, she said. “It usually takes a year or two before action is taken,” she said. “But we find that they often pay attention to what we say.” The special education report was released in March and several bills have been introduced in this legislative session that embody recommendations from the report, Hauer said.

The full report may be found online here.

The special education evaluation had four main lines of inquiry:

Funding. How is special education funded? What drives that funding? How has that changed over time?

Enforcement. What is the process that the Minnesota Department of Education uses to make sure school districts comply with all the regulations?

Students. Who are the students receiving special education, and how has that changed over time?

The number of students receiving special education has increased every year since the 1999-2000 school year and increased by 11 percent over the full 12-year time period covered by the study, from 2000 to 2011. At the same time, the number of all K-12 students in the state decreased by three percent.

While the number of students receiving special education has grown in Minnesota, the national trend is downward, Hauer said. But the evaluation did not include comparisons with other states to offer suggestions about why that is true.

Once students are found eligible for special education, they are assigned a primary disability (even if they have multiple disabilities) and then grouped with others into one of 13 disability categories.

Hauer responded that the study didn’t analyze the huge body of literature about the problems of evaluating students for special education.

There are federal and state requirements that special education students be in the least restrictive environment to the maximum extent appropriate. If students spend 80 percent or more of their day in a classroom with their nondisabled peers, they’re in setting one, the least restrictive environment. The scale goes up to setting eight, for students who are homebound or in a hospital setting. Most children receiving special education in 2011 (61 percent) were in setting one.

Revenues for special education in Minnesota amounted to $1.8 billion in 2011. Between 2000 and 2011, revenues increased by 38 percent (in 2011 dollars). The revenues come from state, federal and local school district funds. These figures do not include additional services or treatments not delivered by school districts or chartered schools that are paid for by private or public insurance or by families themselves.

There are three major disincentives to districts being able to control costs of special education:

1. Decades ago federal courts established that children with disabilities have a Constitutional right to an education. Students with disabilities will get the services they need. School districts have very little control over costs, because they can’t say no to meeting students’ needs.

Teachers, specialists, parents and administrators develop an individualized education program (IEP) for each child deemed eligible for special education. The IEP lays out what services a child will receive, based on his or her unique needs. It also contains goals and objectives for the child to meet. General education students do not have IEPs.

1. The Legislature should consider reducing school districts’ reliance on their general fund revenues to pay for special education. This would involve either increasing the state money going to special education or transferring it from some other part of the budget.

3. The Legislature should make changes so that the district providing special education services should bear some of the costs of the services, so the whole burden doesn’t fall on the resident district. That would align the decision on what services to provide with at least some of the responsibility for paying for those services. Hauer said the House version of the Omnibus Education Bill (HF630) includes a provision that would limit to 90 percent the amount of unreimbursed special education costs the resident district must pay for students attending school in another school district or a chartered school.

“We didn’t see any data to help legislators and policymakers understand the costs and educational benefits of the state requirements,” Hauer said. The report recommended that the Legislature should direct MDE to analyze the costs and education benefits of the Minnesota-only requirements. Two bills introduced this legislative session (HF 1698/SF 1552 and HF 1685) would require MDE to do such an analysis. Both bills also provide that MDE develop ways to reduce teachers’ paperwork burdens.

Some students receiving special education services made little progress towards reaching the goals and objectives identified in their IEPs. Districts must report three measures of effectiveness for special education students: the dropout rates, graduation rates and test performance of special education students. Hauer said that the study looked at a small sample of students’ IEPs (137) and at progress reports on those students to see if they had met the goals and objectives contained in the IEPs. While the results are not generalizable to the whole state because of the small sample size, out of the 447 annual goals for the 137 student IEPs studied, students met only eight percent of the goals over the course of a year.

MDE’s compliance monitoring to assure that all school districts in the state comply with special education requirements is often seen by school districts as confusing, inconsistent or trivial. The Legislative Auditor’s report encouraged MDE to identify ways to improve special education teachers’ understanding of compliance requirements and streamline required paperwork.

In conclusion, Hauer said the MDE agreed with the recommendations of the report. In a letter to the Office of the Legislative Auditor, Commissioner Brenda Casselius commends the auditors who conducted the research and produced a “valuable, fair and comprehensive report.” She states that MDE agrees with the six main recommendations of the report and that she is “hopeful that this document will guide policy makers in addressing this critical area…in order to help us fulfill our goals of providing a high quality education to every Minnesota student so that all can reach their highest potential.”