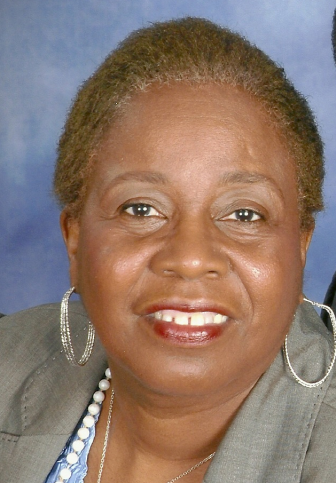 If you go to the Thinking College Early Fair at Harding Senior High in East St. Paul on Saturday, Feb. 27, you might see Jo Ann Clark talking to young people. It’s what she does. But she’s not a teacher, not a counselor. She’s just somebody who cares.

“I’m on earth because somebody has to speak up for young people,” Clark said. “I guess the good Lord put that on my plate.”

It’s a pretty full plate. Fifteen years ago, after her son went to his high school college fair but didn’t bring home any information, Clark wondered why these events were scheduled during the school day, when most working parents couldn’t attend. Many people stop at this quiet wondering, but Clark did something about it. She convinced fellow parishioners at Progressive Baptist Church to help her put on an event. After a few years, St. Paul Public Schools joined them, and they’ve been collaborating ever since.

The story actually goes back a little further, with comments from Clark’s son and her pastor. She loved being in her church choir. Then one day her son broke the news to her: “You know, Mom, you really can’t sing.”

Clark took it in stride. “I didn’t like rehearsal anyway!” she said. But she needed to put her (prodigious) energy somewhere, so she spoke to her pastor, Dr. Earl F. Miller, who encouraged her to go into educational ministry. “But I haven’t got any degree,” she protested.

“No” he said, “but you’ve got a passion for kids.” A longtime daycare provider, Clark wasn’t surprised at this recognition. Still, the thought of working with older kids set her thinking. Her pastor’s advice hit home because, she said, education has always been important for the African American community.

Clark knows each student has to find the college that fits best. Representatives from a wide assortment of public and private colleges attend the Thinking College Early Fair.

“I don’t care where they go to school,” Clark said, “as long as they don’t go to the school of the orange jumpsuit.”

Although the location of the school doesn’t matter to Clark, there’s a special place in her heart for Historically Black Colleges and Universities (HBCUs).

When Clark’s children were at Harding, the great majority of the African American teachers there had been recruited from HBCUs in the South. Clark’s own roots are in Tennessee. She moved to St. Paul in 1980, when her husband was transferred to 3M’s central office. It was culture shock. They were the third black family to move into Battle Creek, on St. Paul’s east side. Clark recalls walking into a restaurant, and everybody stopping talking and staring. Passersby on the street would say, “Go back to Africa.”

Things are different now. Battle Creek is more diverse, and Clark feels more welcomed wherever she goes. But history is important, and in many ways still present. For the great majority of African Americans, if you go back several generations, history leads to the South.

Things weren’t great there either, when Clark was growing up in the 1960s. Her parents bought a house in a section of Memphis where they were the only black family. When she started to work as a beautician, it was a common experience for a white woman to come into the shop and say to her, “N—, I don’t want you touching my hair.” The shop owner, however, would tell that person not to come back.

With all that, Clark feels that she was treated better in the South than when she moved to Minnesota. At least in the South, people said what they felt and you knew where you stood. Now, however, she thinks race relations are about the same, North and South. It’s 90 percent better, she said, than when they moved to St. Paul.

But black youth may have little idea of their history.

“Kids need to know who they are,” Clark said. Clark doesn’t feel like African American students are taught much black history in Minnesota. But they can find that at HBCUs.

Which is why, for years, Clark has organized and led week-long tours of HBCUs for high school students. Each year they visit a different region of the country. A student who starts going on the tours in ninth grade has a pretty good idea of the range of choices as a senior. Clark stresses that these tours aren’t just for African Americans. Everybody is welcome, and some years the groups have been quite diverse.

When Clark meets with the students at the beginning of the tour, she gives them the mom talk: “This is you guys’ tour,” she says, “but this is my rules.” Boys can’t sag. Young ladies must dress appropriately. (Everybody’s checked at the beginning of each day.) Clark asks couples to raise their hands. Then she tells them that they’ll be breaking up for a week and can pick it back up on the following Monday.

And her tours are booked full. They take place in October and there’s already a waiting list. But, if you’re interested, find out more here. Clark keeps the student cost below $500, even though she’s never been able to get a grant to support the tours. She does this by raising donations herself and by finding adult staff and chaperones who not only volunteer, but also pay their own way.

And, on Saturday, between 11:00 a.m. and 2 p.m., you’ll find Jo Ann Clark and alumni from a variety of HBCUs at Harding Senior High School (1540 E. Sixth St., St. Paul), hosting students ages 5-12 at the Thinking College Early Fair. Clark will likely be talking to kids. That’s just what she does.

(John Miller is a longtime Minnesota educator and Co-Director of the Center for School Change.)