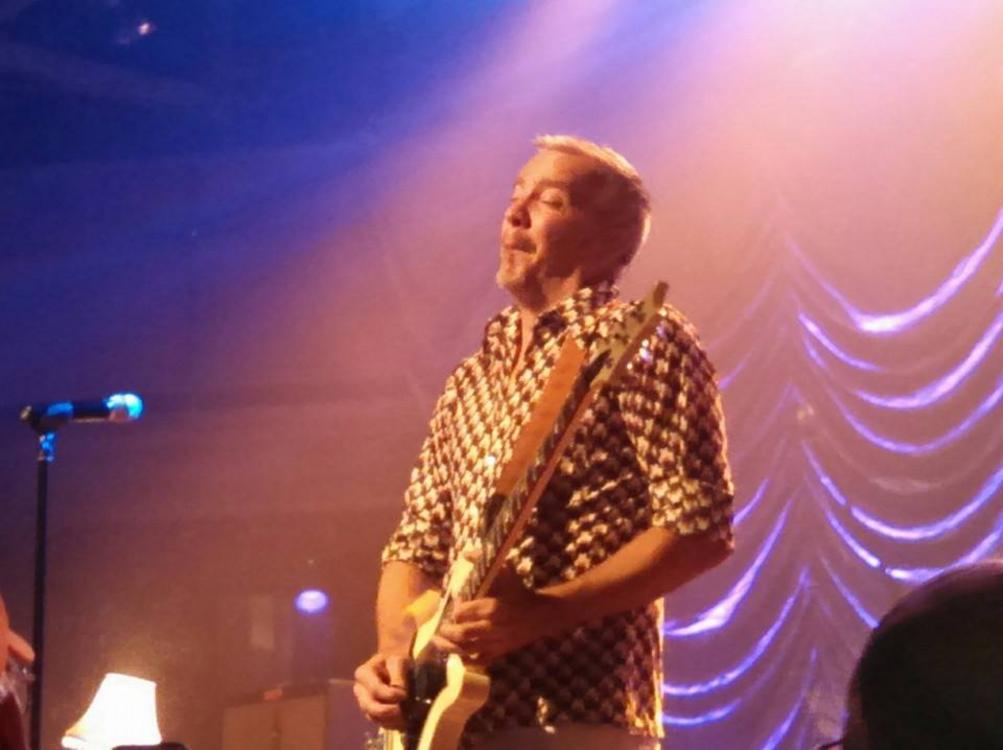 Grey is the preacher who drives the service through a range of emotions, who tells the tales of “Orange Blossoms”, “Sweetest Thing” (for his daughter) and leads us to “Brighter Days” after we survive “99 Shades of Crazy”. His voice is a little gravelly and very southern; sometimes soulful sometimes southern rock. There’s something churchy about a southern accent to me; Grey hails from Jacksonville, Florida. He plays jubilant instruments such as the tambourine as well as guitar and he is surrounded by musicians who appear to love what they do.

I see a lot of music that’s straight up loud. These guys had a sneaky loudness that comes from having so many people on stage – all so good at what they do. Throughout the night each musician got an opportunity to shine and they all did.

There’s a very cool horn/woodwind section with a trumpet and a saxophone. They brought exaltation to the sound. The Waterboys have line about “your love feels like trumpets sound”; I think they wrote it after hearing Mofro. The drummer was as much fun to watch and to hear – just the expressions and the content that shone through as he riffed with the bass player and Grey. The bass player held the same smile throughout the show. His playing was understated; he rose to the occasion when necessary otherwise he quietly kept the flow going. Of course the organ brought me right back to the church feel, although to a much cooler church than I have ever attended because it was more Hammond organ than pipe organ. The guitar player looked and sounded a little bit like he could step right on stage with Southern Culture on the Skids – which means more psychobilly and is high praise in my book.

They have a Southern sound – but swampy, not desert. I’ve spent very little time in that part of the world but Grey paints a picture of Southern life in his songs that makes you feel like you understand or at least you’d testify!