Home to St. Paul’s multi-ethnic Frogtown neighborhood and its historic African-American Rondo neighborhood, Minnesota’s House District 65A in 2002 sent the first Hmong-American lawmaker to the Minnesota House of Representatives.

This year, it is likely to send St. Paul’s first African-American legislator to the House, regardless of which contender wins the DFL primary to replace Cy Thao on Aug. 10.

Primary voters will choose between Jeremiah Ellis, a scion of the Rondo neighborhood who won the party’s backing, and Rena Moran, who entered the race late and lost the party endorsement bid but has picked up some crucial neighhorhood and interest group backing.

Moran emphasizes her civic engagement in the 10 years since she moved her seven children to the Twin Cities and raised her family up from homelessness to home ownership in the Summit-University neighborhood.

“My life experience is the experience of many people in this district,” she said. “I have 10 years of building relationships in this community. People know me, and they know what I’m about.”

Ellis, who had planned to take on Thao for the endorsement before the four-term lawmaker announced his retirement, emphasizes his coalition-building abilities and longstanding ties to the district — his grandfather ran the Booker T. Cafe & Tavern in the Rondo neighborhood, which was largely destroyed in the construction of Interstate Highway 94 through St. Paul.

“More than just raising issues, people want to see stuff happen,” he said. “I’m a partnership person, and my longstanding relationships with the people and organizations in District 65A are my biggest qualification.”

In one of the most racially, ethnically and culturally diverse districts in the state, the winner of the DFL primary will be the heavy favorite to win the seat in the fall against Republican Paul Holmgren, who has run unsuccessfully for the seat several times in the past. 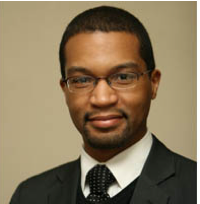 Ellis got his start in politics working for U.S. Rep. Betty McCollum, DFL-Minn., helping with constituent service for the congresswoman before being hired by the St. Paul school district to work first in the district office and then in the Maxfield Magnet School.

Ellis emphasizes his coalition-building abilities, from recruiting new precinct caucus participants this spring to bringing different groups together to reduce juvenile detention rates in the school district, to getting resources for cultural identity training for the district’s students.

It’s a trait he said he would bring to the Legislature, if elected.

“If you’re one out of 134 votes in the Minnesota House, you need the ability to make partnerships,” he said. “More than just raising issues, people want to see stuff happen.” 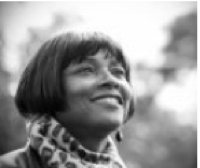 But while Ellis has landed significant support, Moran was still able to mount a credible endorsement campaign in less than three weeks, and has picked up support as a primary campaign from the state and local teacher’s unions and Take Action Minnesota, a progressive umbrella activist group with resources and organizational capabilities to rival the DFL’s.

The 50-year-old Chicago native works for the Prevent Child Abuse Minnesota campaign and led voting drives in her neighborhood before the 2008 election. She serves on the Summit-University Neighborhood Planning Council.

But she came to most people’s attention through the Save Our Homes campaign, which sought to prevent the proposed Central Corridor light rail line from pushing people along the proposed line out of their homes through higher property taxes.

After organizing neighhors and holding informational meetings, Moran first signed on to a lawsuit seeking to stop the light rail line. She later reconsidered and instead pushed the City Council to guarantee that the city will step in if property values jump as a result of the line to keep homeowners from going under.

“I think the light rail is going to be a good thing for the neighborhood, on balance,” she said. “The jobs it will generate, the streetscaping, the transportation improvements. But it was important to engage the community and get their concerns addressed.”

Moran said she would fight for social, racial and economic justice for her district and for the state, if elected.

Areas of difference and agreement

Both candidates identify themselves as part of the liberal-progressive wing of the DFL, backing higher taxes for the wealthy, increased spending on public infrastructure and the single-payer health insurance proposal known as the Minnesota Health Plan.

Faced with an estimated $6 billion state budget deficit to tackle next year, Ellis said he would look at all state spending for efficiencies but warns against making large cuts to health care or other social safety net programs.