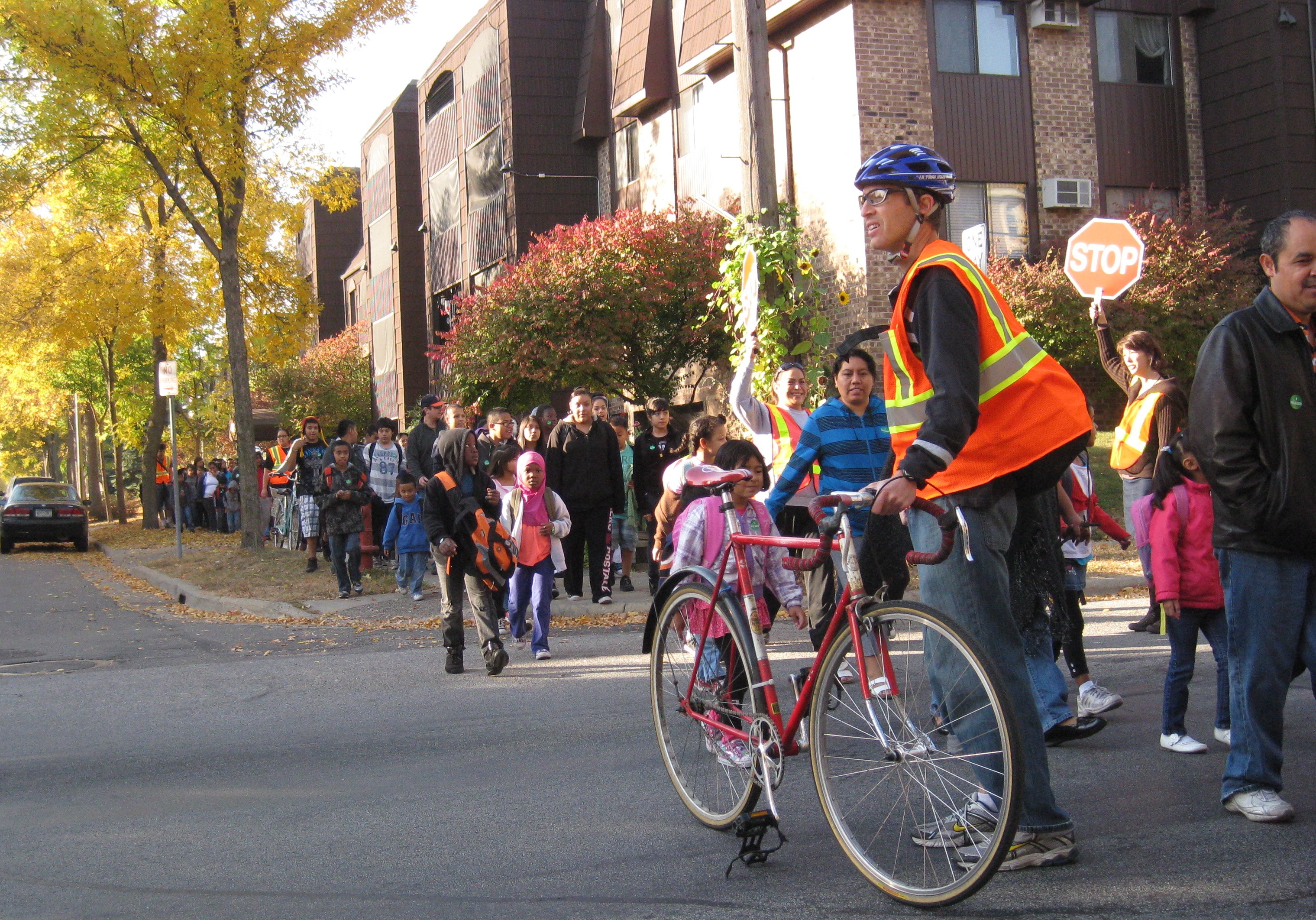 More than 150 Jefferson elementary students and parents arrived to school Tuesday on a walking school bus. At 9 am, a team of school employees in bright orange vests met families at the corner of Blaisdell and 27th in Minneapolis. The mass of walking people grew as it curved towards Garfield and around to 26th, picking up more passengers at each intersection. At its largest, the “bus” was at least two blocks long. (Photos below) 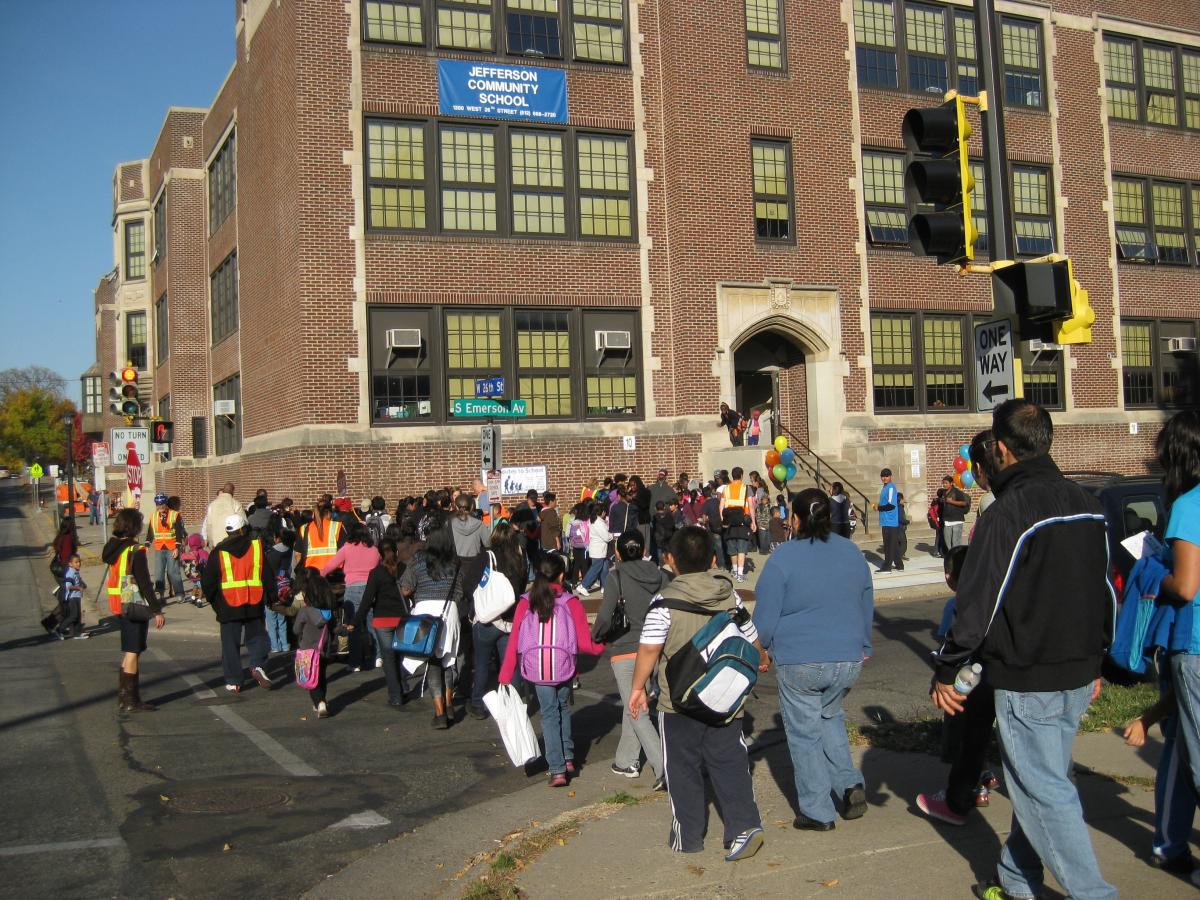 In total, approximately 300 kids and parents arrived at Jefferson by foot or bike Tuesday. Impressive, considering only 1.8 percent of the student body lives inside the school’s half-mile walk zone. 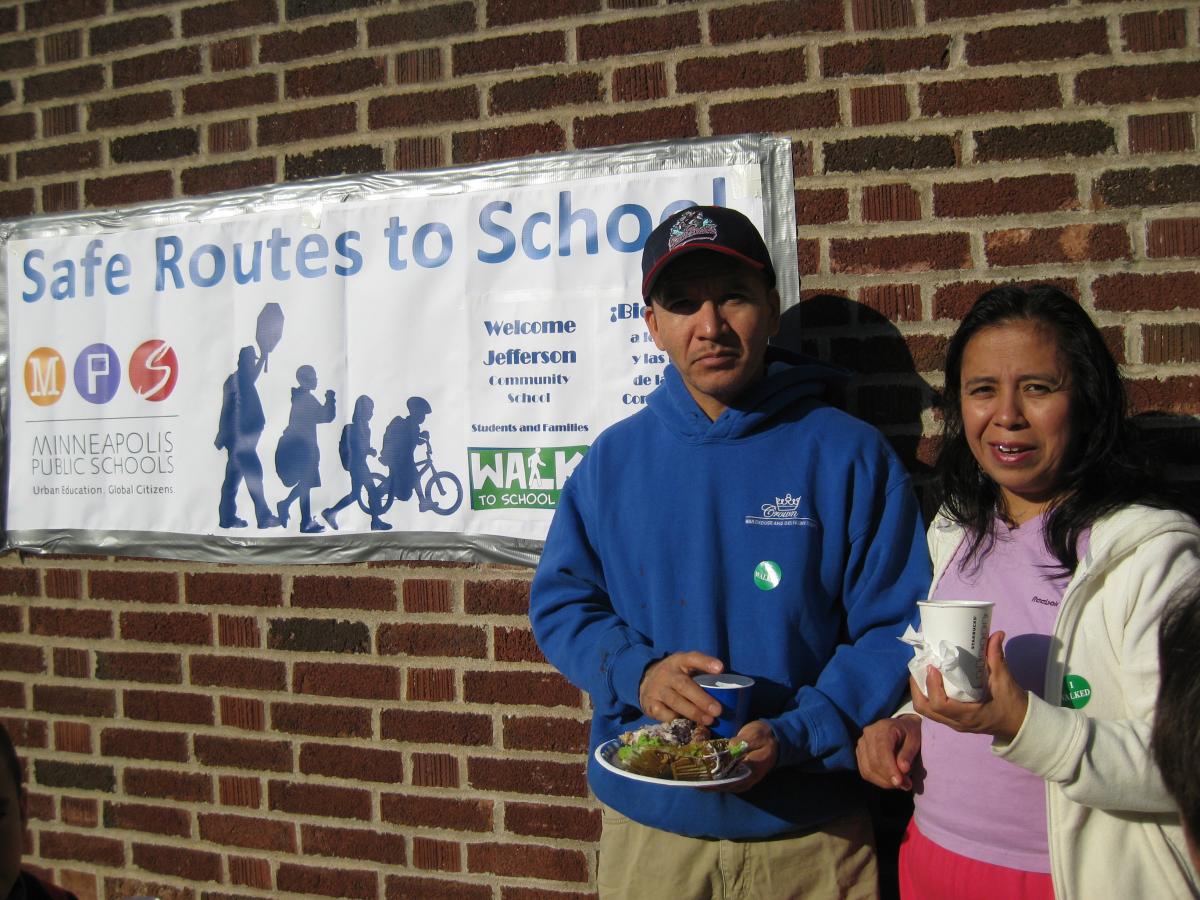 Roberto Flores’s three kids usually take the yellow school bus. Yesterday he and his partner Efigenia Gil joined them on the walking bus, travelling the mile between their house and school on foot. “In my country, we always walked,” said Gil, who is from Puebla, Mexico.

“I think this is good exercise for the kids. I want them to live in community with their neighbors,” Flores said in Spanish. “Anyway, it’s a nice day.” 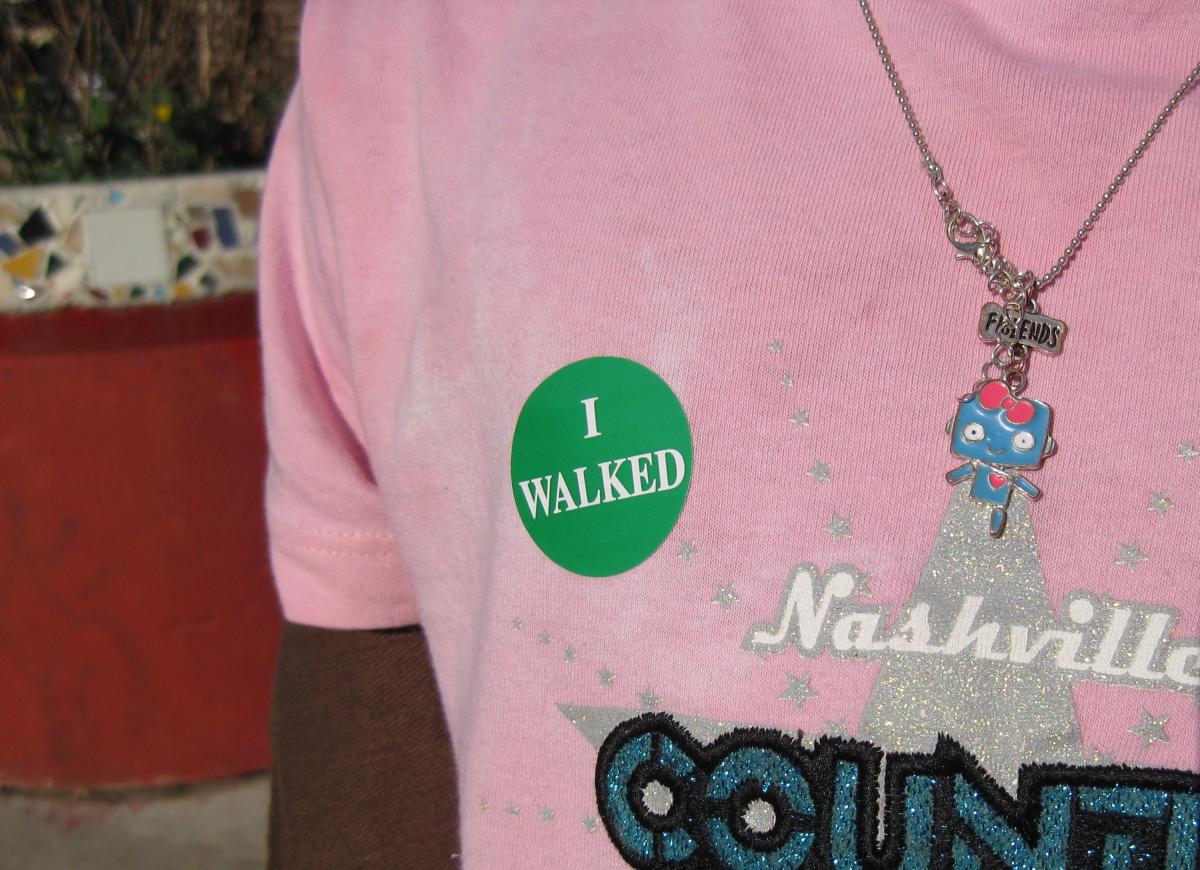 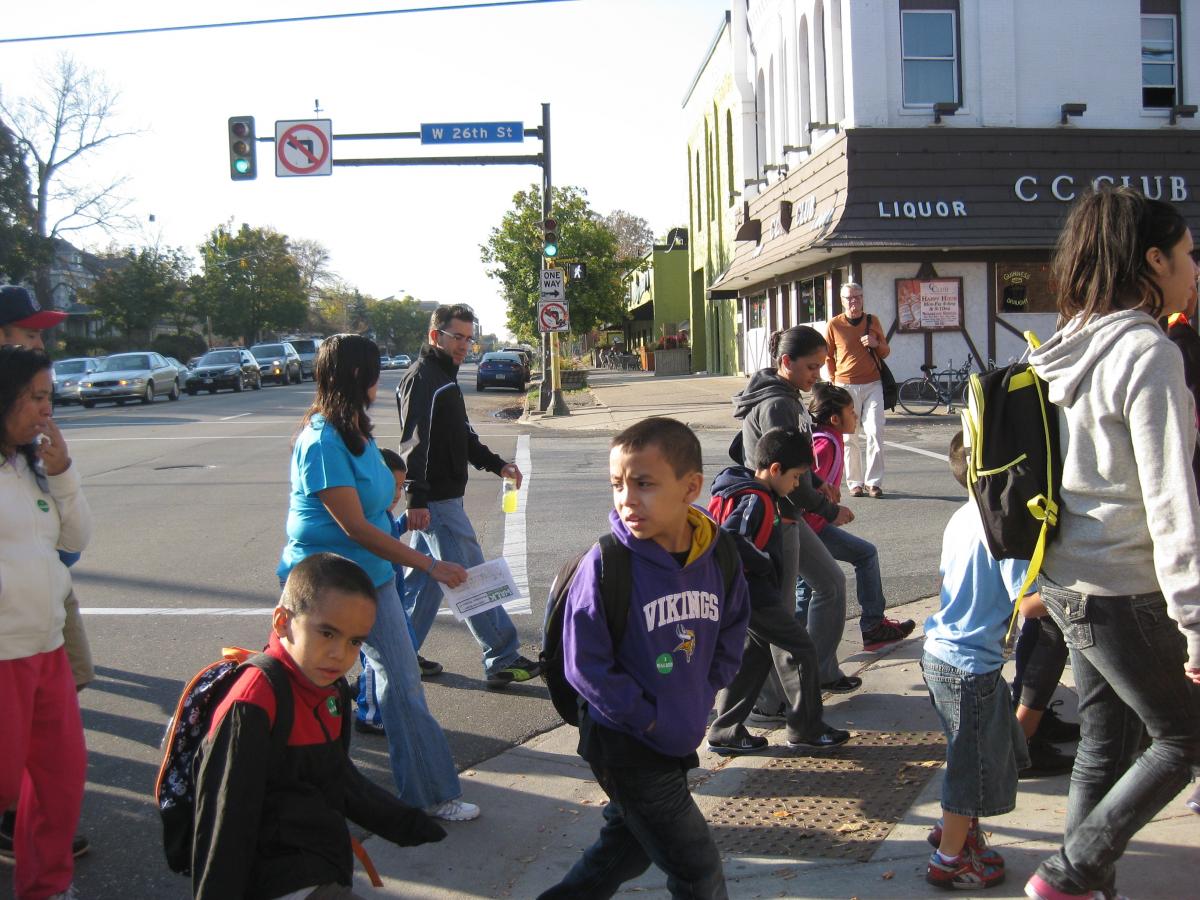 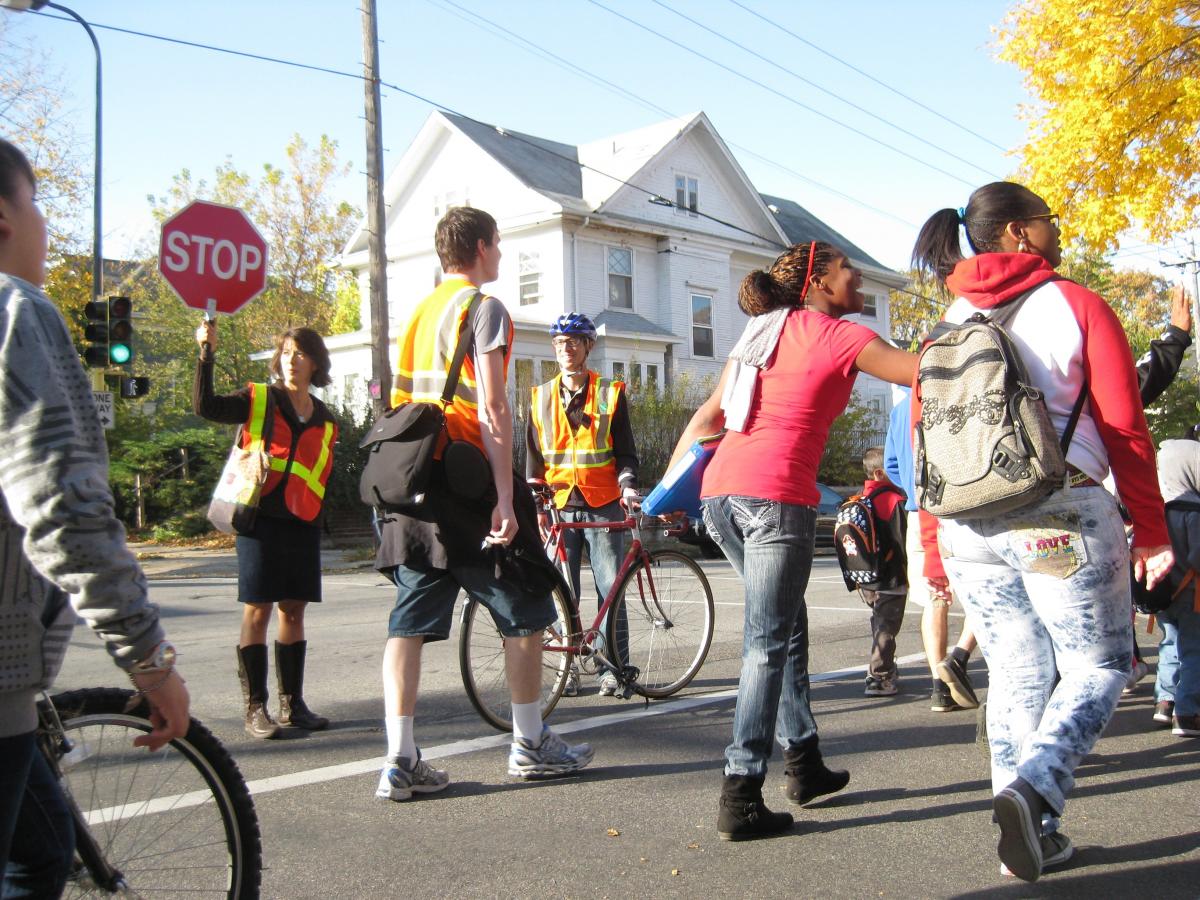