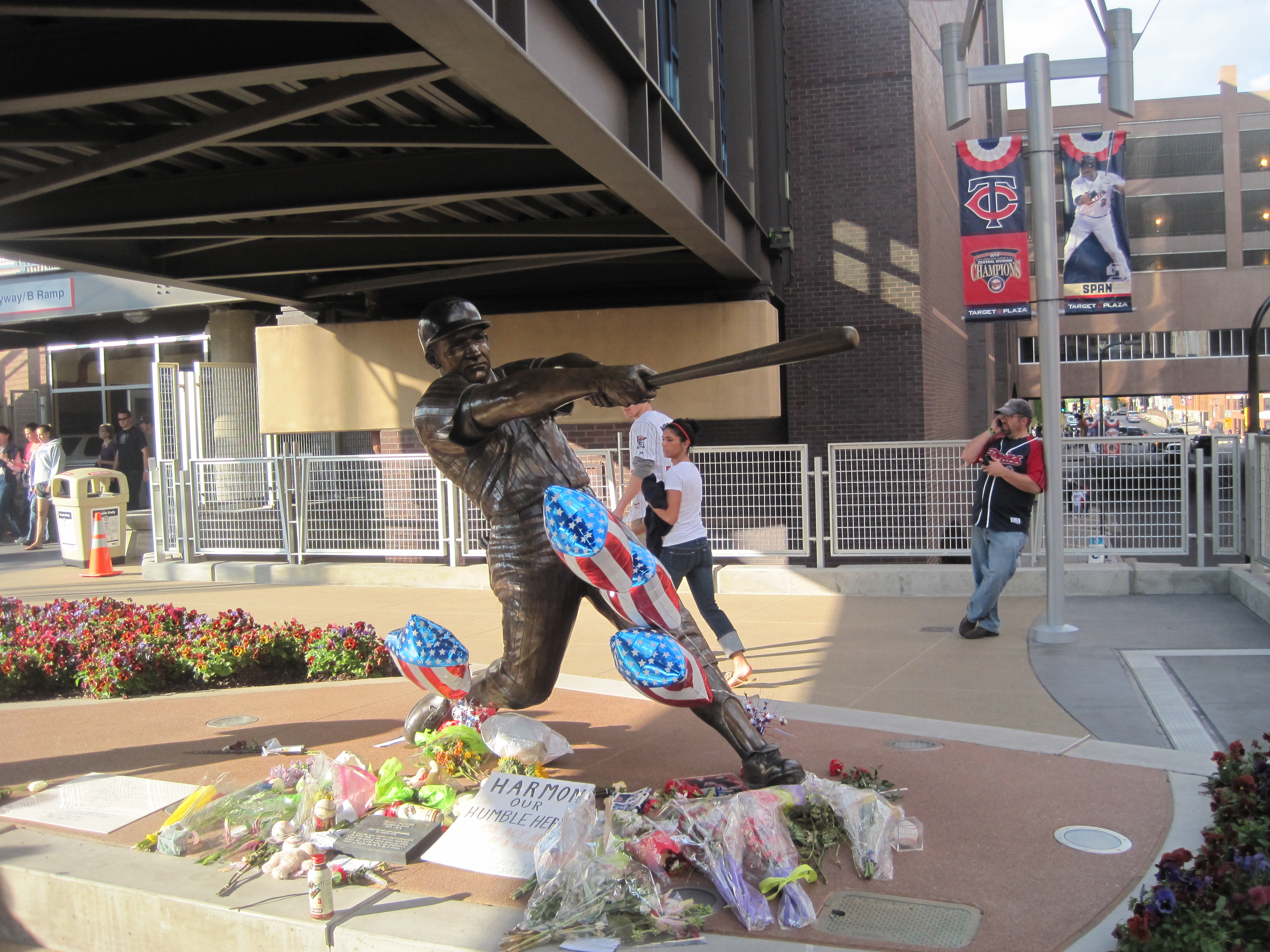 I am the kind of person who will send a thank-you note six months after a gift has been received and a birthday card just barely before the passing of another year. My policy is that I don’t use a gift until I have thanked the giver; I do make exceptions to that rule, but the thank-you will always be sent! So it is not unusual that I am just now sharing a few thoughts on the May 17 passing of Harmon Killebrew.

When I was growing up, Harmon Killebrew was our Joe Mauer. His were certainly the first player name and number that I knew. I probably went to my first Twins game in 1966 or 1967. My dad died in 1961, and after the Twins arrived in Minnesota it did not take too long for my mom to load four of us into the car and make the drive from New Ulm to Met Stadium. I also remember the time the annual game we were to attend got rained out. We would look forward to this game all summer, and it was devastating to miss that chance. It was the one memory that made me leery of the plan to move the Twins back to an outdoor stadium. For those of us who are fortunate enough to live in the metro area a rain-out is disappointing, but there will be another game. For families traveling a distance, there is not always a guarantee that they will get to the ballpark that year. Of course, I realize that 100 miles in 1967 was a much greater distance to travel—now there are people who go that distance for a daily commute.

I think that the one great similarity between Killebrew and Mauer is their personalities. Killebrew was widely described as a gentle, humble man who was respectful of everyone he met. I believe the same can be said of Joe Mauer. Joe Mauer has fans now questioning his perceived inability to stay healthy and his lack of stamina and desire to get back to the team from the disabled list. Killebrew also had difficulties, but the ones I remember came at the end of his career. He played his best years in 1967 and then in 1969 and 1970. By 1975, Calvin Griffith was not willing to sign him for another year and he went and played one year for the Kansas City Royals, retiring after that year.

By 1975 I had graduated and moved to Minneapolis. I would go to games with my friends and then with my husband. I am not sure if I have shared in this blog that my husband proposed to me at a Twins game and I went into labor with our first-born, Jason, at a Twins game. We were married in 1974 and Jason was born in 1975. So I was definitely an involved fan and remember being very angry with the Twins that they would not allow Killebrew to play his final year as a Minnesota Twin.

The Twins definitely embraced Killebrew as their hero, retiring his number in 1974 which meant that his picture hung above the playing field in the Metrodome for all of the years the Twins played there. And at Target Field, not only is his number hanging over the field, there is a Gate No. 3 and there is a great statue of Killebrew on Target Plaza.  My other favorite moment was being in the Metrodome for the final game of the regular 2009 season. As part of the ceremony there was a shot of Killebrew, Tony Oliva, and Rod Carew raising the flag over the new Target Field—on the same flagpole that was used at Metropolitan Stadium. It was our heroes of outdoor baseball bringing baseball back outside.

One of the more unusual tributes to Harmon Killebrew is at Mall of America, which was built on the former site of Metropolitan Stadium. There is a plaque marking home plate and the seat that Harmon Killebrew hit with his longest home run is hanging in approximately the same spot now, above the log ride.

The Twins held a memorial service for Killebrew at Target Field shortly after his death and there were about 4,000 fans in attendance. I was surprised at the small number. The Twins had announced that they were preparing for 15,000 fans, which was the number in attendance at Kirby Puckett’s memorial at the Metrodome. I was also surprised that only four of the current Twins players (Michael Cuddyer, Justin Morneau, Jim Thome, and Matt Tolbert) were in attendance. Cuddyer and Morneau both spoke, and Thome had the role of marking the seat in Target Field that would be approximately 520 feet from home plate—the length of Killebrew’s longest home run. The way the Twins were playing at the time they could have used the inspiration of seeing all of these baseball greats gathering to say goodbye to one of their own. Well a month, has passed since then and the Twins have found their inspiration somewhere and have won 9 of their last 11 games. All at once everyone is smiling and baseball is fun again.

Here are a few pictures from Target Field. 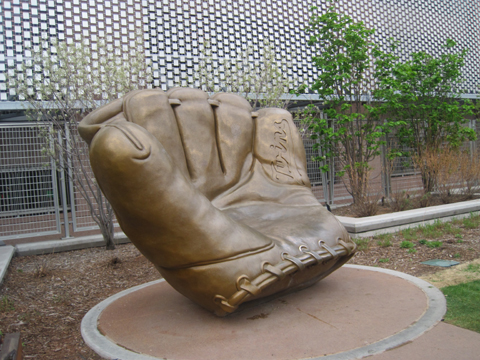 The Gold Glove on Target Plaza—exactly 520 feet from home plate, which is the length of Harmon Killebrew’s longest home run. 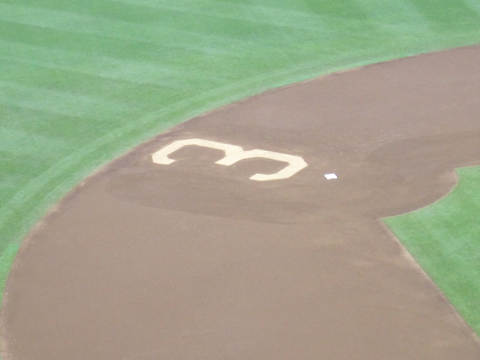 Killebrew’s No. 3 in the infield for the Twins’ first home game after his death. 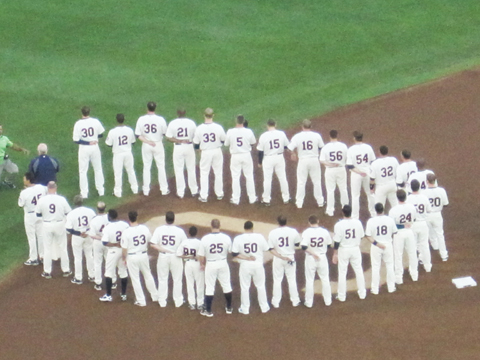 The Twins players and coaches stood around the No. 3 for the National Anthem. Manager Ron Gardenhire held Harmon Killebrew’s jersey and there was a moment of silence.