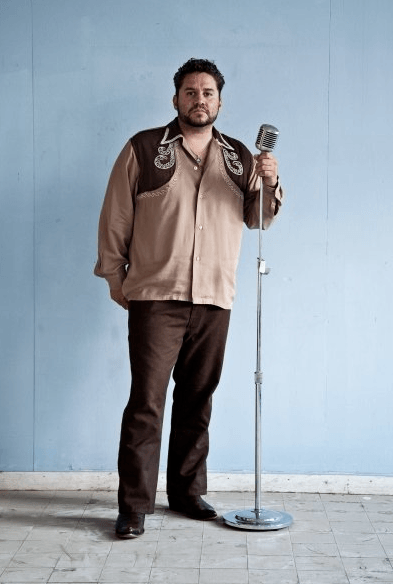 The amazingly gifted guitarist and singer-songwriter Javier Trejo has knocked around the Twin Cities for ages and continues to blow audiences away.

Back in the 1990’s, he broke on the scene with The Beads, playing straight old school San Francisco rock. The Beads released Ordinary Sunday People, front-loaded with high-power guitar accentuated by his screaming and articulate leads. Their jam-band rock was strong as sulfuric acid. That quality gave Trejo a splendid showcase and brought him to the attention of Stan Kipper and Chico Perez of New Primitives, another throwback to earlier eras, specializing in powerhouse Afro-Cuban rock, a component of which was long, drawn-out jams that had dancers bopping, as it’s said, until they damned dropped.

Spotting him at a New Primitives gig for which The Beads opened, they stole him, plain and simple. They now had a sound that was, to use one of Kipper’s favorite terms, “terrifying”.  While it lasted, they made a great lineup.  Along the way, he released a couple fine solo outings, Javier Trejo, excellent Latin-laced acoustic fare, and an interesting foray into a sound country as corn flakes, Ain’t Got Much Further To Fall.

Since splitting with New Primitives, he’s been basically on this own (aside from briefly resurrecting The Beads) performing in such incarnations as Javier Trejo and the Terminal Two, The Javier Trejo Trio, Javier Trejo and Los Barrios Boys and a few others; playing all over the place, from Cowboy Jack’s to The Cabooze and back.

There isn’t any style Trejo can’t play. Between his writing and arranging (a ska reworking of The Temptations’ “The Way You Do The Things You Do”, pop-country rendition of Al Green’s “Let’s Stay Together” come to mind), he covers the gamut in a range of genres.  You truly haven’t heard pure fire until you’ve caught him doing his original “Buscando La Gente”.

You can catch Javier Trejo at Cowboy Jack’s Saloon