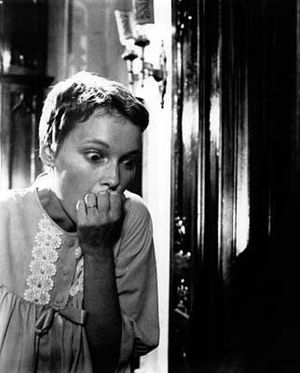 Reasonable individuals might fancy that Minnesota’s tea party patriots, who fret about spending and burgeoning government, would be spending January scrutinizing plans to extract tax dollars or new government-sponsored gambling revenue to fund a privately-owned stadium.

Instead, the self-proclaimed children of the American Revolution are poking sharp sticks at the United Nations, public education and the spectre of Communism. In short, partying like it’s 1959.

When Allen Quist isn’t scolding Tim Walz for communicating with his constituents, he’s off fighting the One World Conspiracy hiding under our local zoning boards.

Fresh off Saturday’s heavily-ALEC tilted education deform conference that borrowed a room at St. Cloud State, Quist is peeking Behind The Green Curtain, according to the Central Minnesota Tea Party blog (written by AJ Kern, one of the organizers of Saturday’s conference).

On behalf of the North Star Tea Party Patriots, Sue Bican has invited legislators and County Sheriffs (as opposed to the other sort of sheriffs) to learn about the movement toward Global Governance.

Mother Jones examined the Tea Party’s pouring out of the old fringe anti-UN staple in new cracked pottery in last Spring’s “We Don’t Need None of That Smart-Growth Communism.” Stephanie Mencimer writes:

First, they took on the political establishment in Congress. Now, tea partiers have trained their sights on a new and insidious target: local planning and zoning commissions, which activists believe are carrying out a global conspiracy to trample American liberties and force citizens into Orwellian “human habitation zones.”

At the root of this plot is the admittedly sinister-sounding Agenda 21, an 18-year-old UN plan to encourage countries to consider the environmental impacts of human development. Tea partiers see Agenda 21 behind everything from a septic tank inspection law in Florida to a plan in Maine to reduce traffic on Route 1. The issue even flared up briefly during the midterms, when Colorado Republican gubernatorial candidate Dan Maes accused his Democratic opponent of using a bike-sharing program to convert Denver into a “United Nations Community.”

God alone knows what Allen thinks when he sees folks tooling around downtown Minneapolis or St. Paul on cheery lime-green Nice Rides. Indeed, Bluestem suspects that Quist has brought it up to the old man Himself.

Those who can’t make Professor Quist’s PowerPoint presentation have a couple of other opportunities for emotional loading and froth. The Sherburne County Tea Party is serving up two nut courses on January 26, as well as a Taco Bar. Not only with GOP U.S. Senate candidate  Dan Severson, who “has what it takes to defeat the Obama-Klobuchar Agenda!” be there, but his top gun will be followed by a showing of the documentary, “Agenda: Grinding American Down.”

Haven’t heard of it? It’s the masterwork of one Curtis Bowers, a former Idaho state legislator first appointed to office by Gov. Butch Otter in 2007, whereupon the one-time fondue restaurant owner began making outlandish statements about his heroic infiltration of a 1992 Communist Party meeting.

Curtis soon lost his primary in May 2008, the first time he actually faced Republican voters in Idaho’s District 10.

If those two bills of fare aren’t enough to sate your imagination, the Southwest Metro Tea Party’s monthly movie night on January 30 at the Chanhassen Rec Center will dish out “Indoctrination,” a lovely documentary about how the public schools (and that includes vouchers and charter schools) are Destroying America!

Mother Jones took at look at the opus in Who Paid for This Documentary Calling Public Schools Evil? (Video):

Luckily, that’s where IndoctriNation‘s sponsors come in. According to the movie’s site, its financiers include:

There are others…like Wisdom’s Gate Ministries, which publishes the Home School Digest; NiceneCouncil.org; and the printing business that can be the “‘one-stop shop’ for all your marketing needs.” But you get the idea: The financiers and producers of IndoctriNation want to prevail upon you to home-school your child! They will use reason, emotion, and the occasional fudged fact to get you to agree with their worldview. Isn’t there a word for that? When you use repetition and emotional manipulation to inculcate someone with an ideology? Gosh, if there is, I sure can’t think of it.

Jeepers. Bluestem is drawing a blank too.  But Minnesota’s Tea Party’s aren’t solely fiddling with ringnuttery while the stadium bills burn brightly in Mark Dayton and Julie Rosen’s eyes.

We must give some credit to the Rochester Tea Party Patriots for sticking with the agenda of the West Metro rich businessmen’s Freedom Club: “Employee Freedom,” the latest euphemism for the “right to work” euphemism.  The RTPP post heartily endorsing Steve Drazkowski’s constitutional amendment notes:

“One of our basic rights is the right to work at a job without having to join a union.”

Somehow, we missed that part of the Bill of Rights. Or the notion of anti-unionism as a fundamental human right. And Bluestem isn’t alone, as this guy’s notions, like an earlier guy’s writing, suggest.