The Brick had its fair share of opening night problems. As I walked up to the venue in the rain, I was startled to see a line that snaked around a parking lot, stretched down the block, and around the corner. Beefy security guards walked back and forth, some wearing black blazers with crewneck shirts underneath (because that’s what security at a club is supposed to wear, right?). After a 20-minute wait to get to the front of the line, concertgoers were subjected to a full pat-down and asked to empty their pockets (because people who attend concerts want to bring drugs into your venue, get violent, and generally aren’t to be trusted, right?).

Inside, despite not being a very large space, I heard a lot of people complaining about not being able to see the band. However, everywhere I stood I had a great view of the stage. Perhaps Jane’s Addiction fans are typically shorter than the six-feet tall that I am. However, and this may be taboo to say, but I could see better than I typically can at a sold-out concert at First Avenue. But if you were in the balcony I’m guessing it was impossible to if you weren’t on the railing.  To be fair when Jane’s Addiction started I could still see a long line outside so I’m guessing it was much harder than when I was walking around.

Jane’s Addiction took the stage, walking out to Pink Floyd’s “Welcome to the Machine” for the life of me I cannot figure out why they chose that song other than having a cool sound to walk out to. A sheet was removed at the back of the stage revealing a statue of two naked women. Then appeared a 53-year-old Perry Farrell wearing olive harem pants and a smart leather razor-backed vest, Dave Navarro in skintight studded leather pants (because that’s what rock stars are supposed to wear).

The entire scene was deliriously entertaining. Jane’s Addiction’s larger-than-life rock star personas and stage decorations mixed with The Brick’s kitsch “rock club” décor looked exactly like how they portrait concerts on the video game Guitar Hero. Seriously, I wouldn’t have known the difference except for the absence of an applause meter.

That said, it was just a fun evening. The band played mostly old songs and sprinked in a couple new songs off of their 2011 album The Great Escape Artist. Farrell worked the stage like the experienced front man that he is, jumping up on speakers, wading out into the crowd, shaking hands, all the while letting his trademarked wail sore over the crowd. Navarro was shirtless almost the entire concert and kept lighting cigarettes, taking a drag and then sticking the lit cigarette in between the strings and tuners of his guitar (because that’s what guitar players with mystique, and ex-husbands of Carmen Electra, do). If I had to guess, he probably only smoked one cigarette total but he lit half a pack.

The band appeared to be having a blast being on tour again. During “Just Because,” Farrell adlibbed “Minny–Minny–Minny–apolis!” coming out of the bridge which brought a huge smile and laugh from Navarro as he watched his singer for a cue to come back in with the guitar.

It wasn’t all laughs during the performance, though. The first-night jitters and overzealous security guards didn’t go unnoticed by Farrell. In between songs he chastised the club’s owner and security, saying, “We’re going to leave and you’re going to have a fucking riot on your hands if you don’t let people enjoy themselves.” Between the next few songs he told security to remove a curtain in the balcony that was obstructing the view of people. However, he was quick to acknowledge it was The Brick’s first night and that it wasn’t security’s fault for doing their job. With a big smile Farrell jumped down from the stage and shook the hand of a security guard mid song.

I know people in the crowd were upset with the concert conditions, but Jane’s Addiction did everything they could to give the crowd what they paid for.  They crushed crowd favorites like “Mountain Song,” received a huge applause for “Been Caught Stealing.” and even their new single, “Irresistible Force” had members of the crowd moving and singing a long.

The evening ended with the sing-along  “Jane’s Says,” Navarro seated strumming his guitar, the drummer Stephen Perkins standing in the middle of the stage playing a steelpan, Farrell swaying and walking around the stage, all of them smiling at each other. There were at least 10 other drums brought on the stage for the encore. None of which were played, but it looked like how a sing-a-long should.

Jane’s Addiction’s show was what a rock performance should be: ridiculous outfits, shredding guitar solos, thumping bass lines, and most of all bands that enjoy the act of performing. The Brick’s conditions were far from perfect, but for Jane’s Addiction’s reunion tour, the evening somehow seemed the opposite. 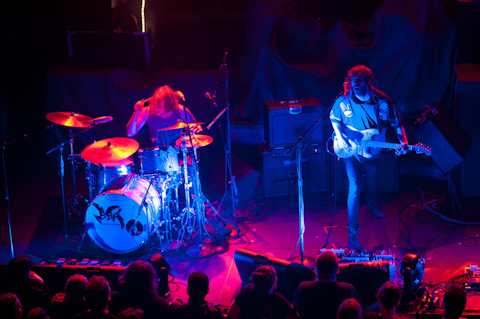 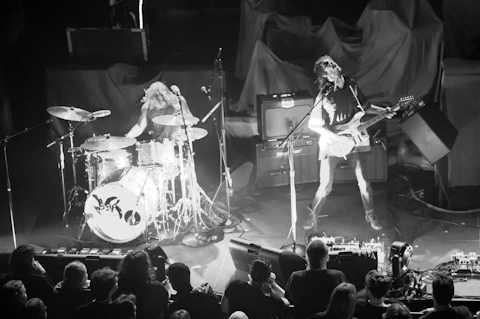 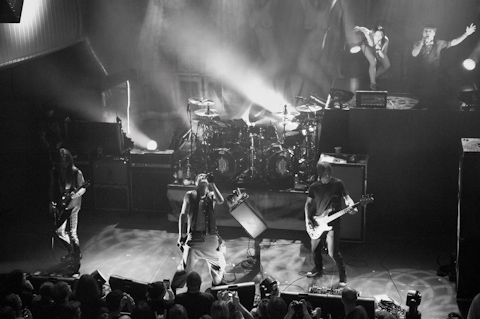 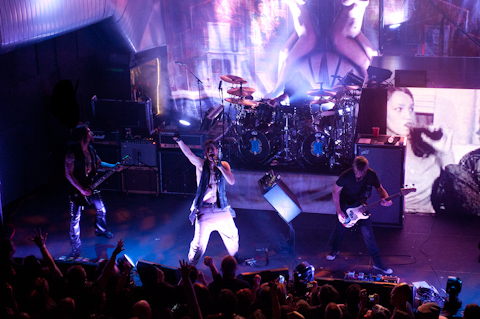 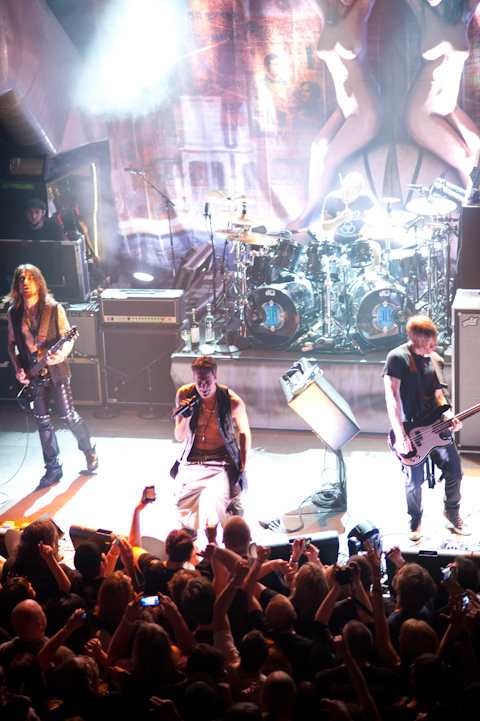 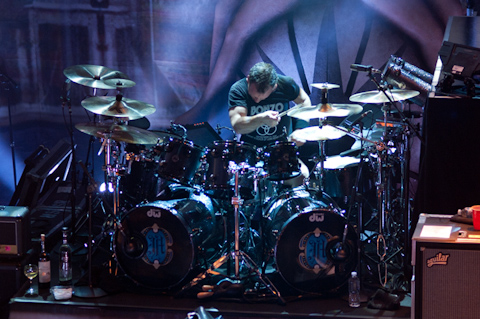