In the dark of night, Hennepin County Sheriff’s officers raided a foreclosed Minneapolis home that is being “defended” by Occupy Minnesota according to the group.

Occupy says five people were arrested, but the a crowd of fifty people prevented the officers from evicting them from the house.

This is the Hennepin County Sheriff’s second attempt in 48 hours to evict people from the home. 100 protesters repelled sheriff’s deputies on Wednesday.

PNC Bank originally owned the house (though lender Freddie Mac holds the title now) and Occupy Homes claims that the Pittsburgh-based bank has shown signs of willingness to negotiate a new mortgage with the Alejandra and David Cruz family. Occupy believes that only PNC Bank, and not Freddie Mac, can renegotiate the mortgage terms.

Cruz and Occupy took their case to the media today outside of Minneapolis City Hall: 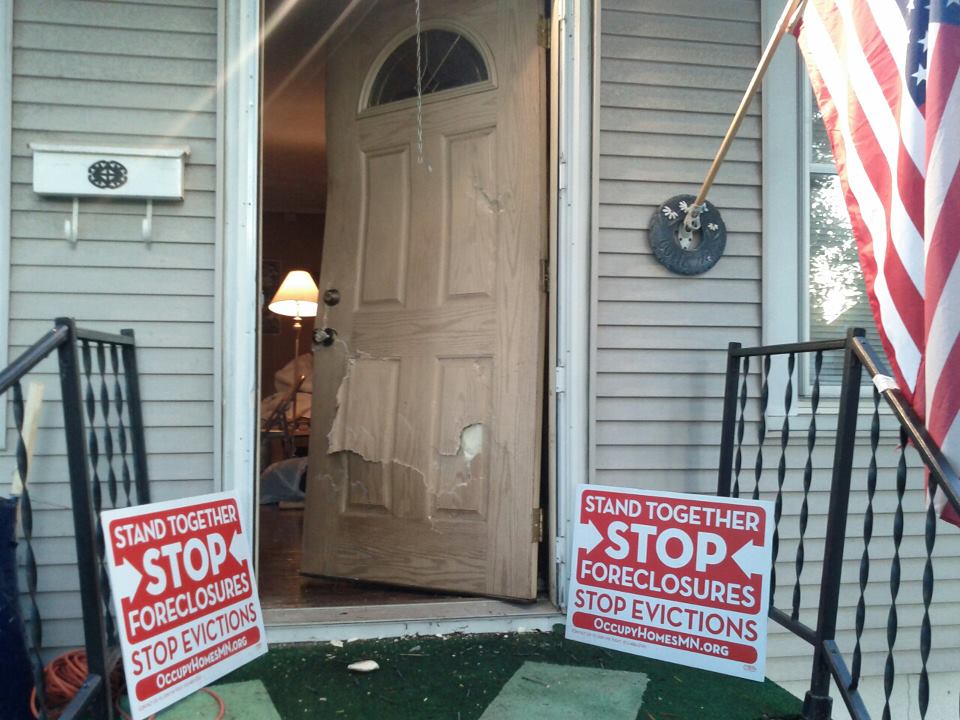 A bashed in door at occupy-defended Cruz home.