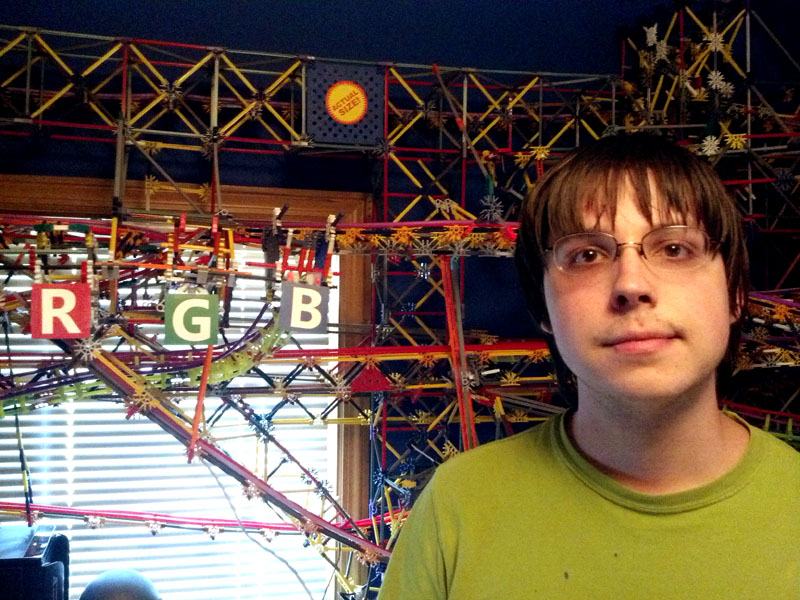 All play, no work made this St. Paul toy enthusiast go viral this month. With over a million hits and growing on YouTube, and making the front page of Reddit, Austin Granger’s newest K’nex ball machine, Clockwork, has become a fast internet phenomenon since he released the video of it earlier this month.

Clockwork contains more than 40,000 pieces of K’nex, eight motors, five lifts, a computer controlled crane, and two computer-controlled illuminated K’nex balls, which Granger built himself. The whole feat, which he started a couple days after last Christmas, took him eight months to build, and operates entirely within his bedroom.

For anyone who wants to see Clockwork in person, Granger is hosting an open house next weekend, September 22 and 23, from 2 p.m. to 5 p.m. Email austronknex@gmail.com for directions.

Granger, 21, is in his fourth year at the University of Minnesota, going for his computer science degree. Clockwork is his fifth and most complex K’nex machine, but he says it won’t be his last. He started building K’nex machines after seeing a two story tall K’nex machine on the internet as a child. I interviewed Granger at his home in St. Anthony Park in St. Paul, where I got to see Clockwork in action and talked with Granger about his inspirations, his dream job, and what to expect from his next K’nex machine.

I guess this specific machine was just inspired by a desire to outdo my previous machines. Every time I make one, I try to go bigger and more complex, and more ambitious than the one that came before it.

Why the name Clockwork?

Just because it’s mechanically so complicated. There’s a lot of gears, well over a hundred gears in the whole machine. Lot’s of motors. Lot’s of moving parts with the crane and everything. 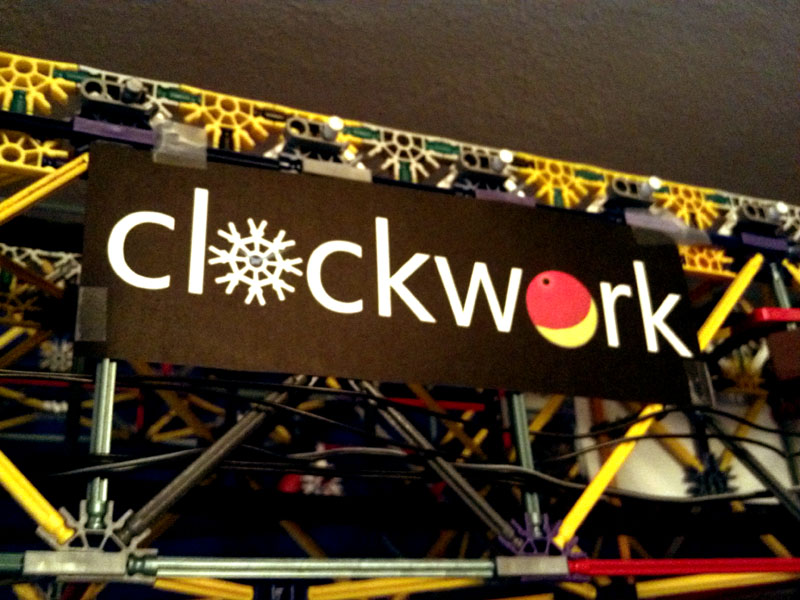 Well, I started building large scale projects with K’nex just because it was something to do when I had free time, with something that I already have and I don’t have to buy a whole bunch of. I built my first machine with one of my friends, I believe it was the summer of 2008, and I really enjoyed that and I put it up on YouTube and it was fairly well received. So, I’ve just sort of gotten into a trend of building machines like this.

You mentioned that this is your fifth. Tell me a little about your previous ones.

My first one had about one fourth the amount of pieces that this one does. It just had one lift and five different tracks. It had one path that did a circle around my room. After that, I went for a more ambitious plan of a machine where all of the tracks were on the ceiling. So, I built an artificial ceiling all the way across the room with a very long winding track that did loops and spirals. 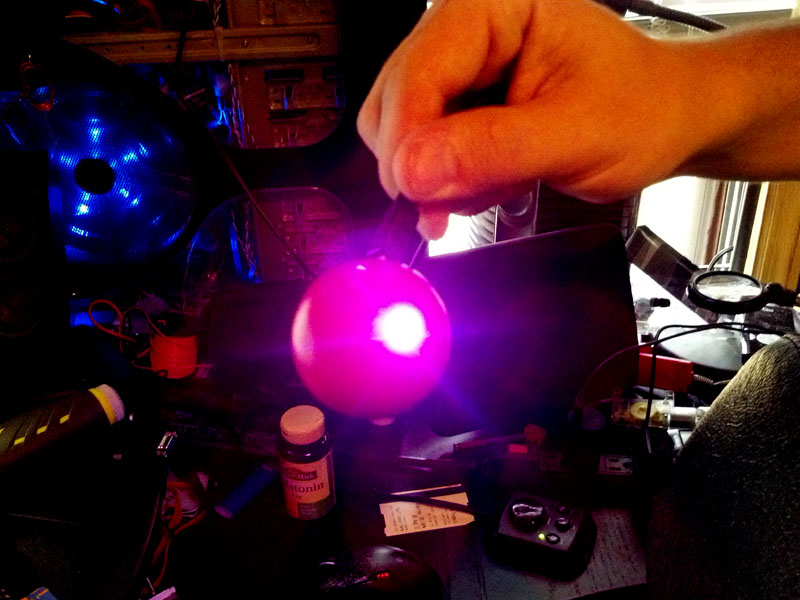 I noticed that you composed an original score for the video: do you have a strong musical background?

No, I have no musical education whatsoever. It’s just been a hobby of mine that I’ve pursued off and on throughout my life. The music is all composed digitally and all the instruments are all digital. There’s no actual live playing going on there.

What are your future plans?

I really don’t know. I mean, really, the whole idea behind my career in computer science is just so that I have something to pay the bills. It’s not really my biggest passion. Doing things like this is my biggest passion, and if I could have a career in which I could do things like this, say a designer for the K’nex company or something like that, that would be my true dream job. But at the moment I’m just trying to get something that will allow me to make a living while I can continue to support myself in doing this hobby.

Basically, you’re kind of just living the starving artist lifestyle. This really is a work of art.

Right, and that’s exactly how I think of it, too. I think of it more of a work of art than a work of engineering, and if I could make a life as an artist that would be great, but that doesn’t seem to be a particularly realistic goal.

What should we expect from the next one?

Well, I mean it’s going to be another ball contraption like this, along the same lines, and definitely I’m going to bring the computer control back into it. I’m going to try and expand on that, make it more elaborate. I’d like to do more with lights and illumination. More elaborate mechanical designs. More lights. 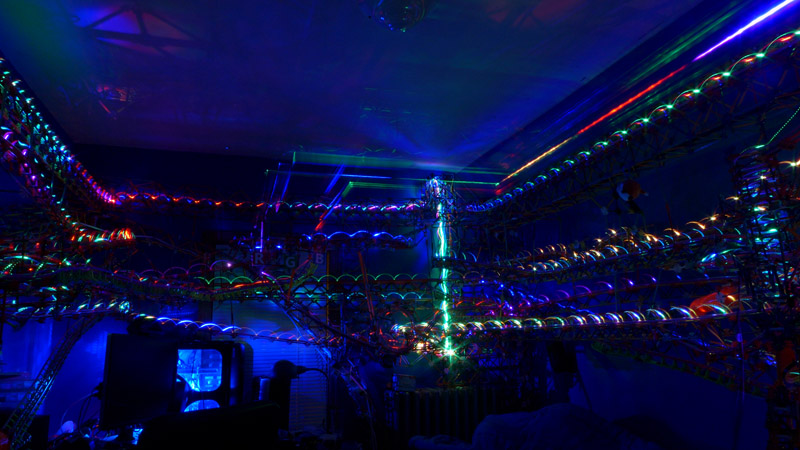