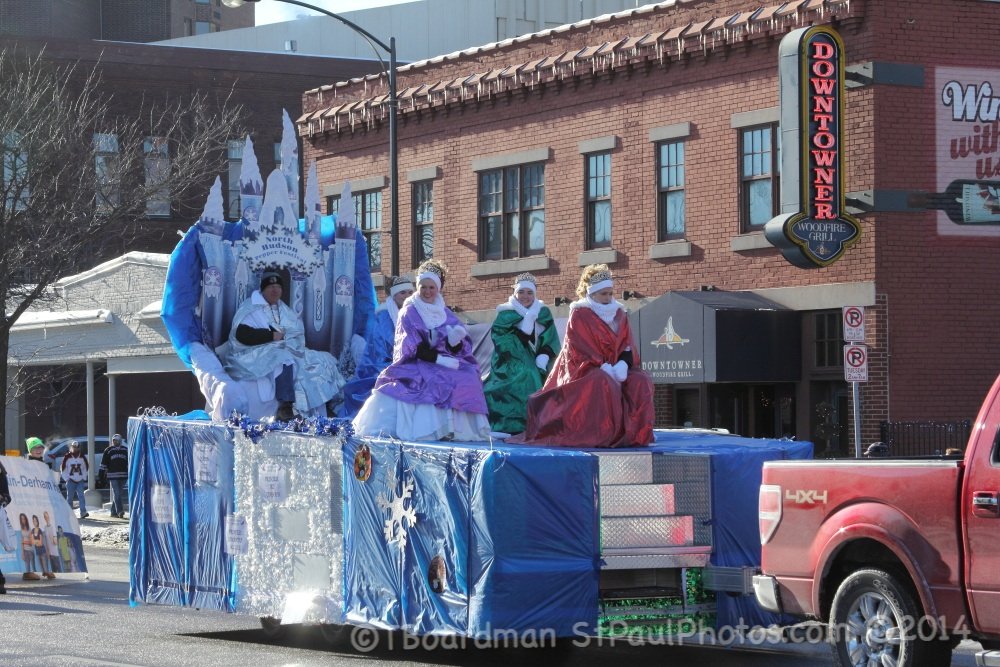 Yesterday’s grand day Saint Paul Winter Carnival Parade was cold, but people came and watched, and I knew they would. Some of the people in the parade were thanking spectators for coming out. I did not see anyone I recognized, but that could be because everyone pretty much looks the same once they cover their faces with scarves. At parade time it was 4 or 5 degrees above zero with a 20mph wind which made it feel like it was -15 or -20 depending upon where you get your weather reports.

The parade was actually enjoyable, but I was dressed for it with my several layers of clothes under a goose down jacket, and some heavy duty Sorrel boots. I was outside for the entire parade an ended up walking a mile or so and never felt cold.

Here are some pictures of the parade and some of the spectators. 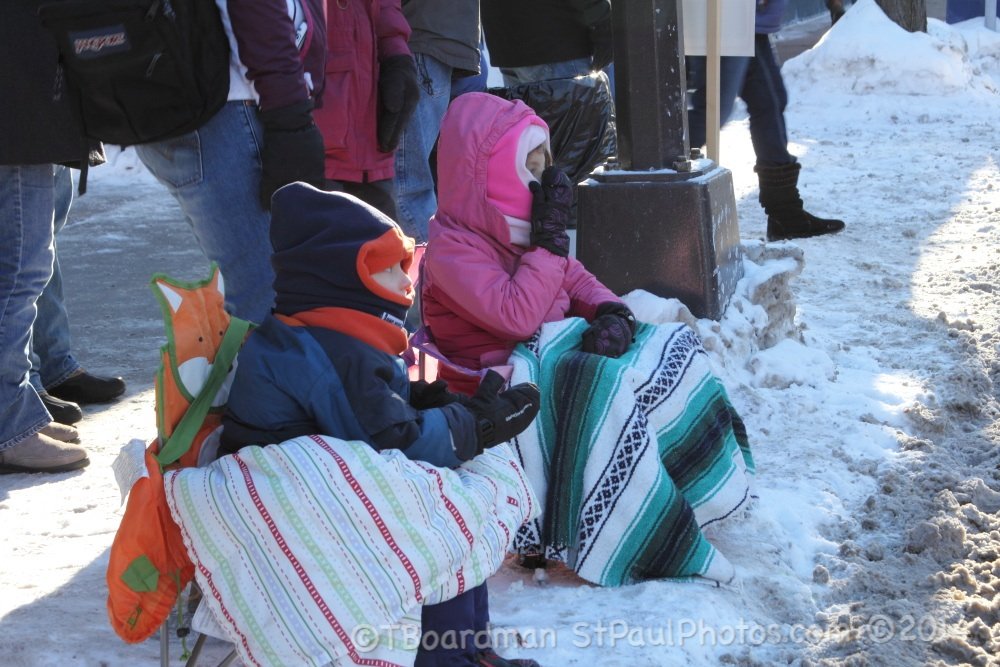 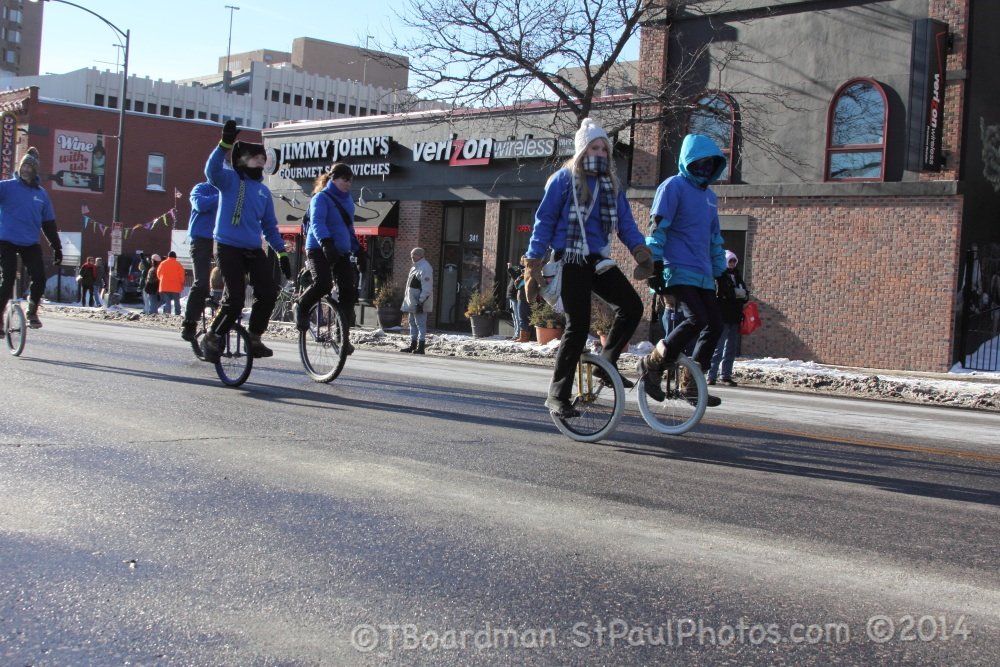 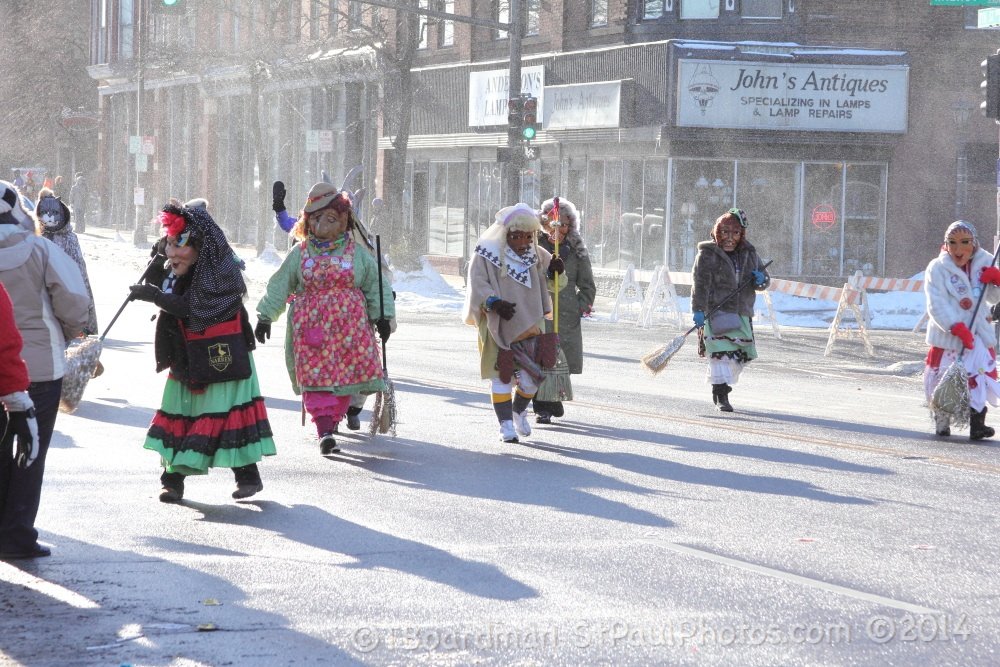 You can see the ground blizzard in the background on this one. 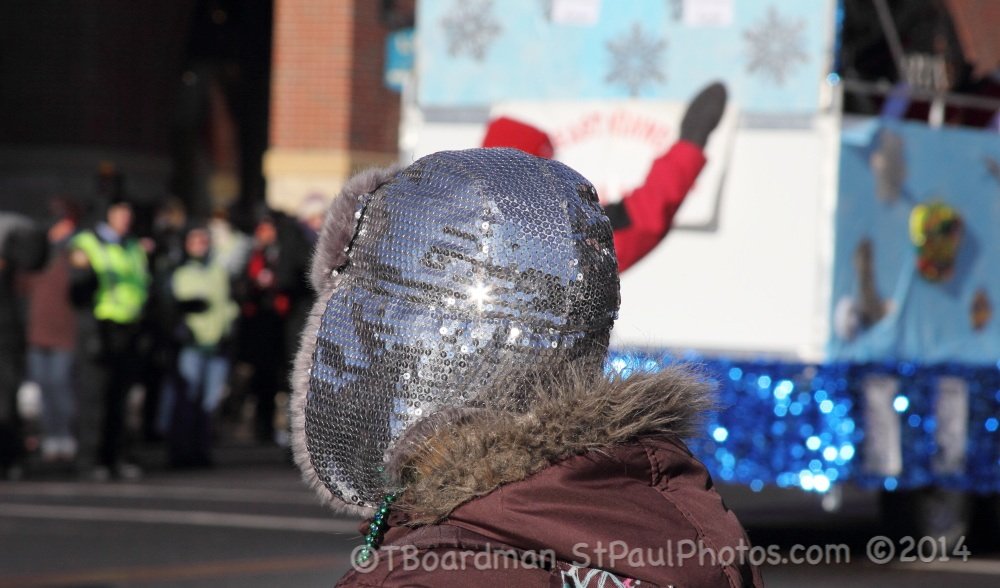 I want a sequined bomber hat!