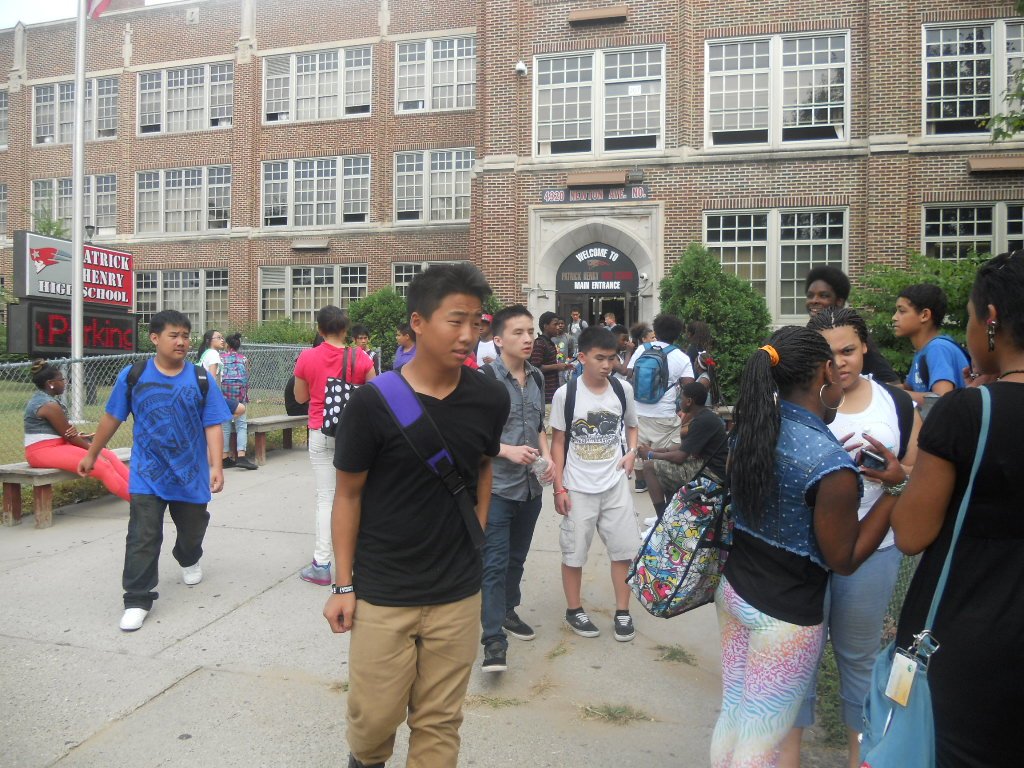 At 3 p.m. on Tuesday, August 27, students spilled out of Patrick Henry High School in Minneapolis, hands waving in front of their faces like makeshift fans. It was hot outside, and maybe even hotter inside Henry’s nearly 100-year-old building.

At a press conference called by north Minneapolis non-profit Neighborhoods Organizing for Change (NOC), along with the Minneapolis Federation of Teachers, organizers spoke about how the early start date for Minneapolis schools has impacted students and staff during this late August heat wave.

No teachers showed up to speak at the press conference, but students had plenty to say. Sophomore Laura Sosa and her friend, junior Karen Miranda, said the school was “really hot,” which made them “tired” during the school day. Both girls said that some classrooms had temperatures of over 99 degrees, and that teachers “were complaining” about this.

Sosa and Miranda also were grateful for the Gatorade-type water jugs provided by the district. Each filled their own water bottles several times during the day with the district-provided water.

Also speaking outside the school was freshman Shaheed Bell, who said that the heat made students “not very productive.” Shaheed said that, while he didn’t think the lack of air conditioning was “unfair,” given how old the Henry building is, he does think school should start “after Labor Day.” Bell said it was so hot inside the school that no one could concentrate on their work.

Senior Todd Riser also spoke out, saying students were “drowsy,” and “didn’t want to work.” According to Riser, a chemistry teacher told the students that their classroom temperature was “over 100 degrees.” In Riser’s view, such intense heat made it hard to concentrate.

Anthony Newby, who is the executive director of NOC, called the press conference to raise awareness of equity issues. From Newby’s perspective, if students are going to be asked to come back to school before September, then the Minneapolis school district should “spend the money to improve the quality” of each building in Minneapolis.