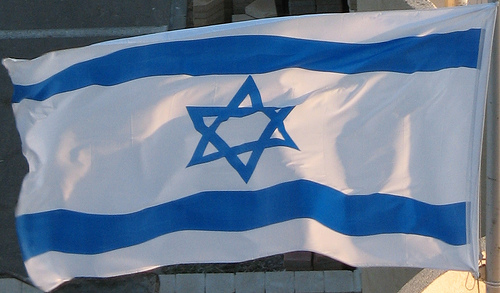 Celebrations after the election quickly turned into worry and horror in my mind. On November 8, 2012 violence further intensified in Gaza and Israel. Further is key in this sentence because the violence is fairly consistent in this region and it is difficult to place a starting point in the latest escalation of violence.

A 12-year-old Palestinian boy was killed in Gaza by Israeli forces. Two days later, a missile from the Gaza Strip attacked an Israeli Defense Force tank, severely injuring two soldiers. Following this was more death in Gaza and perhaps the biggest catalyst of all, the targeted assassination by the IDF of Ahmed Jabari, the military chief of Hamas. This event resulted in over a week of non-stop violence between the Gaza Strip and Israel (Hauser).

I was an emotional mess while the intensified violence lasted. I could not stop updating my news sources and found it difficult to focus on anything else. Facebook statuses continued to emerge regarding the situation and most of them made me angry. They made me upset because I felt that most individuals were promoting one side of the conflict, dehumanizing the other.

I would call myself fairly moderate on Israel, promoting the self-sovereignty of both Palestinians and Israelis. Others might not call me so moderate depending on their political perspective. Although I am typically able to present my political views on issues regarding Israel/Palestine in a moderate fashion, this time around it got too personal. Individuals I grew up with in the Jewish community posted Facebook statuses that demonstrated a lack of understanding of the daily critical conditions of Gazans. Other non-Jewish Americans posted statuses about the atrocities that Israel was committing. I found these statements equally infuriating.

Although I often did agree with the criticisms of Israel, hearing them from people seemingly personally removed from the conflict infuriated me. I tried to rationalize this frustration, coming to the conclusion that as an American Jew, my connection to Israel is at times too complex to articulate. Israel is spoken about in most Jewish communities as a utopia and spoken about as frequently as a Minneapolis native hears about St Paul. Israel is not simply a country where we can criticize their policies like we do other countries; Israel is us, Israel is the Jewish people. When I read non-Jewish criticisms of Israel I often cringe because it feels like an outsider looking in without full perspective and making snap judgments.

I found myself during this week feeling isolated from both the Jewish community and the rest of the world. I was frustrated by the “We Stand with Israel Always and Forever” attitude demonstrated by visible Jewish communities around the country. I was also ashamed by what I saw as excessive military force used towards Palestinians by the IDF. But once again when these criticisms came from non-Jewish communities, I was critical of their criticisms.

Israel feeling as personal as it does is beautiful and troublesome all at the same time. I have found it at times difficult to explain to friends and acquaintances my emotional connection to Israel. Emotionally wrestling with Israel is something I must do though. I recently reflected on my semester living in Jerusalem and stated to a friend it was something I had to do. I needed to figure out Israel for myself.

I am accountable to Israel, but Israel is also accountable to me. The accountability to us as American Jews is where it can really hurt. What do we do when a relationship where there is mutual accountability is not holding up its end? This is not to say that as American Jews we perfectly support Israel but that when Israel does not look good it forces us into a position where we do not know how to justify that behavior. Israel is like a loved one that you know is not perfect but you feel the need to defend them, sometimes to a fault.

I am so grateful that I continue to wrestle with Israel but I am also exhausted with the process. I am at times envious of Jewish individuals who have made the conscious decision to remove themselves from Israel, stating that they disagree with Israel’s policies and they feel no responsibility to justify Israel’s actions. This is not my case though and I do not see a time in my life when Israel is not personal.

The Israeli-Palestinian conflict, which for many is political, cuts deep on a personal level. It cuts deep because years of Hebrew School, a Zionist family and a wonderful Jewish community taught me that Israel is my home as a Jew. Israel is my home and I treat that home, as I treat my physical home, a place where I welcome and respect all. How can I make my home of Israel a place where there is freedom and prosperity for all its inhabitants, Jewish or non-Jewish?