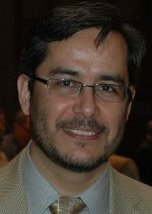 I believe beauty is that which communicates the familiar and the unfamiliar together in a uniquely inspiring form. The unfamiliar may be attractive, but for it to sustain its attraction it has to speak to us with terms that we can easily relate to.

Islamic art and architecture have produced beauty in many parts of the world over the centuries. I believe Islam’s emphasis on human dignity and respect for local cultures have been crucial factors in producing this rich legacy. The development of the concept of waqf (charitable foundations) and establishing safe and secure travel and trade routes allowed a healthy exchange of ideas and talents for artistic expressions and for building and maintaining hospitals, mosques, universities, bridges, water fountains and hostels.

American Muslims make up one of the most diverse communities in the US. Therefore they have a rich source of experiences to bring out the unfamiliar that I mentioned above. On the other hand, American Muslims are cognizant of the requirement of familiarity and are paying attention to the cultural imperatives in producing art that can enrich the broader culture.

When fear and anxiety are dominant, isolationism and scapegoating may thrive and diversity may be viewed as a source of conflict and division.

However as the president of an organization that is dedicated to building bridges of understanding between Muslims and people of other persuasions, I view diversity as a source of growth and learning, and call for an increased interaction among us.

To facilitate such interaction, IRG is sponsoring the premiere of the movie, Islamic Art: Mirror of the Invisible World, to be shown as part of the Minneapolis St Paul International Film Festival.

Directed by multiple Emmy winner Robert H. Gardner and narrated by Susan Sarandon, Islamic Art spans the globe analyzing the architectural marvels of the Taj Mahal in India, the palaces of Turkey and the simple yet perfectly symmetrical mosques in the villages of Mali. It explores the skill behind the most intricate calligraphy and explains the symmetry, design and planning behind the world’s most beautiful mosques.

According to Alex Kronemer, who co-produced the movie with Michael Wolfe, “The message of this film is that human interaction across diverse lines can produce beauty.”

Sunday April 15: Noon: Panel on Media and the Middle East with Congressman Keith Ellison
1:30 PM – Second showing of the movie

Click here to see the flyer for the movie.