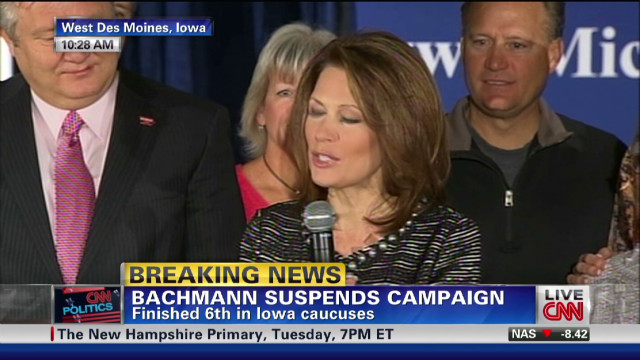 Not Romney. Not Bachmann. The winners are Obama, big money, and the massive divide in the Republican Party as the primaries head to New Hampshire and South Carolina.

A first look at the results suggests clear winners and losers. Romney, Santorum, and Paul are the clear winners. Romney wins a state that he had conceded only a few weeks ago. Santorum comes out of nowhere to almost win, and Paul does well enough to stay near the top. In fact, Paul is the most consistent of all the Republicans. He came in second in the August, 2011 straw poll and now finishes a close third.

But look deeper and the fortunes of these candidates look very different.

Yes, Romney wins Iowa and he will no doubt win New Hampshire. Many candidates are bypassing that state and are aiming for South Carolina on January 21. Romney leads in polls in all the early states, he has the money, and he has the organization to succeed. Yet he lacks a passionate base, and so Iowa was not a great victory for him. Recall that in 2008 Romney came in second in Iowa with 25% — this is exactly where he is today. It is not that Romney is a stronger candidate today than a month ago (let alone four years ago). Instead, the GOP base — especially the social conservatives — are more divided today than in 08. Romney tremendously benefited on Tuesday from a fractured conservative base.

But think also about how Paul went from 10% in 2008 to 21.4% in 2012. He more that doubled his vote. One message from Iowa is how, with Romney stuck at 25% in two caucuses, he has failed to win over the more conservative wings of his party. He is in no better shape than before, he just looks better because of a more divided party.

But Romney’s win came also with big money. Super PACs were the big winners in Iowa, spending more than $16 million in ads. Romney benefited from this spending and from lethal attack ads on Gingrich. Thus, were it not for big money and a divided conservative field, Romney would look no better today than four years ago.

Romney has failed to close the gap with the majority of the GOP base. He has been stuck at 25% in Iowa and across the country for months. He still faces a distrust problem among conservatives and there is still little passion for him. As I said before, he is Mr. Inevitable but that hardly is the basis for a party rallying around you. Going forward, he needs to win over the conservatives and that may not happen easily. Look to see rumors or calls for others to enter the race, and with the GOP now running primaries on a proportional and not a winner-take-all basis, candidates such as Paul have every incentive to stay in the race, pick up delegates, and prevent a sealing of the deal for Romney.

Santorum wins but this is a short-lived one, perhaps. He is the latest beneficiary from the “Anybody but Romney” vote. Unlike others such as Bachmann and Perry, whose numbers rose earlier, there was less time for media vetting and scrutiny for Santorum. He benefited from the implosion of other conservatives, the anti-Romney feeling, conservative endorsements, and the luck of timing. He will face more scrutiny now and Romney and the Super PACs will turn on him. Santorum has little organization and money going forward and he challenge will be to capitalize on Iowa.

Given all this division, Obama must be thrilled. The GOP are divided and will spend resources fighting one another. This is good news, especially with the hope that the social conservatives do not quickly rally around Romney or someone else. However, Obama should not rejoice yet. The potentially long GOP primary season may mean that Republican candidates spend a lot of time and get a lot of air time criticizing him, and it may also mean that the candidate who survives will be a better campaigner as a result of the long primary fight.

Now the clearest losers are Perry and Bachmann. Perry has money to go on, but he is so damaged that he is returning to Texas to reassess his campaign. Wise move.

The bigger story is Bachmann’s fall from first in the Iowa straw poll to essentially last in the caucus. Her fall from grace is told in City Pages.

Her errors are numerous and she never grew as a candidate. In fact, her presidential campaign simply magnified her flaws from her congressional campaigns where her easy victories were more a consequence of good district lines and weak opponents. But Bachmann was a one trick pony. She never tired in repeating a line — “I will not rest until Obamacare is repealed” — but she had nothing beyond that. She lacked a real narrative or vision for her presidency and it showed.

What will Bachmann do next? She will go onto SC but she lacks money, staff, and a media presence after today. She is a zombie — walking dead — or a piece of toast.

Bachmann is no shoo-in to get re-elected for Congress in MN for a couple of reasons.

First, Minnesotans have soured on her and that, too, may be within her district. Statewide, I have seen polls putting her negatives in the upper 50% range. Whether the same is true for her district is a good question. However, many were upset that she began her presidential campaign or at least an announcement that she was considering a run for the White House on the day she was to be sworn in as a member of Congress back in January 2011. They look at  at her rhetoric in Iowa confessing her roots there and love for the state to be a turning of her back on MN. She will have to explain all this rhetoric and abandoning her district should she decide to return home to run again.

Second, the bigger problem is redistricting. We will not know until February 22 what her district lines will look like. Her district is way over in population and needs to be apportioned with other congressional districts to achieve one-person, one vote. Currently she has benefited from one of the most solidly pro-GOP districts in the state. No guarantee that will happen again. Moreover, at least one plan for redistricting puts her home of Stillwater, MN in Democrat Representative Betty McCollum’s district. McCollum’s district is a solidly Democratic one that includes mostly St. Paul. It make a lot of sense to redraw McCollum’s district to extend out to the Wisconsin border. If that happens, Bachmann would have to decide to run against McCollum in a district that favors a Democrat. Other districting scenarios are also possible and we will not know until the MN courts finish their work in February.

Under MN law, Bachmann does not have to declare her candidacy for Congress again until June. However, the MN caucuses are on February 7, and if she decides to run she may want to declare sooner to prepare. Right now, uncertainly about redistricting and whether she will run again have depressed other GOP candidates from being able to gain traction or declare. One rumor is that Tom Emmer, the 2010 GOP gubernatorial candidate, wants to run.

My guess for Bachmann? If she runs and wins, it is a prologue to her then challenging Franken for the U.S. Senate in 2014. If she does not run, she tries for a political commentator job on CNN or Fox. CNN needs her more. However, her poor performance in Iowa and bad book sales have hurt her value. Maybe she goes on the speaking circuit. But to do any of this, she needs to do better in SC to raise her value. That is perhaps why she goes on: to salvage something.