In case you haven’t lately, stop and think for a second about how the stores you shop in get so clean. The answer, of course, is that a few people work really hard late at night to make sure the rest of us never have to think about it. If you’ve ever worked one of those jobs, you know the hours and the work are very difficult. If it’s been a few years since you worked one of those jobs, you’d be surprised to learn how much harder the work has become. Wages have been dropping and the number of workers hired to clean entire stores has gone down, forcing the remaining workers to work twice as hard. 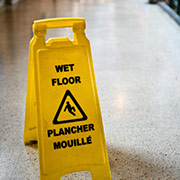 While many major retailers pay their front-line customer service employees living wages, retailers have used the invisibility of overnight cleaning workers as a license to create radically unfair working conditions. To avoid getting their hands dirty, retailers hire a contracting company, who in turn hires cleaning workers. The retailers often misleadingly claim they don’t know and don’t control how much contractors are paying their staff. Those same retailers select contractors through competitive bidding wars that create a race to the bottom, and they surely understand that the bottom has fallen well below anything they would want their customers (and in some cases the government) to know about.

That’s why Centro de Trabajadores Unidos en Lucha (CTUL) has announced a strike deadline for 5:00 today, and why we should all be paying close attention.

A lot of courageous workers, many of them new immigrants to this country, are bravely stepping into the spotlight to tell their stories of wage theft, sexual harassment, unsafe work conditions, and wages well below the cost of living in the Twin Cities.

After years spent raising awareness of these issues only to have their complaints fall on deaf ears, CTUL workers will strike this evening for the right to organize without fear of harassment or retaliation. Their organizing campaign is already showing results: they announced on Saturday that Anisca cleaning had become the first cleaning contractor to sign an agreement not to interfere. “At times,” Anisca’s General Manager says, “the fair treatment of employees can only be accomplished through the use of third parties such as labor unions. Whether or not to use these mediums is a decision that the employees should take based on their own free will.”

If you find yourself in downtown Minneapolis tomorrow morning, CTUL members will be picketing in front of the Target Headquarters at 9th and Nicollet starting at 6 am. Drop by and join them for a few laps around the picket line, and let them know they’re not invisible to you any more. I’ll see you there.

Tomorrow morning over at Minnesota 2020’s Tuesday Talk, we’ll have a labor expert standing by to discuss how we can raise living standards for the working poor and close the wage gap.