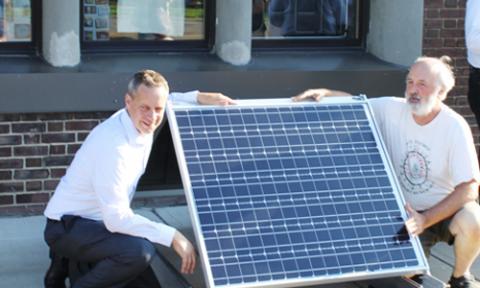 Metro CERT Director Diana McKeown recently caught up with Scott Cramer, owner of Northern Sun in south Minneapolis (pictured on right side of photos), to ask him about the community solar garden that will be installed on the roof of his business.

Diana McKeown: How and when were you approached about hosting the community solar project on your roof?

Scott Cramer: We heard that MN Community Solar was looking for a roof, and were motivated by the chance to be the first one in Minneapolis. Dustin Denison and I talked about it at the MREA annual Energy Fair, June 21-23, and agreed our roof would be a lovely place to start one. 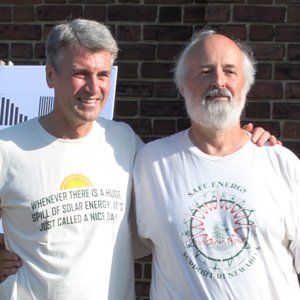 Diana: When will the project be installed and how big will it be?

Diana: How many subscriptions will there be available once it’s built?

Scott: Subscribers will be sought out before it is built. The goal is that it be completely sold out before construction even begins. The strength of demand for it will help determine the speed of developing even more systems.

Diana: Don’t you already have a solar PV array? How will this new one interact with the existing one?

Scott: We have a 9.6 kW system already in place, installed in 2004-05. This will be taken down and much higher capacity panels will be put in their place. We have 80 120-watt panels which will be replaced by 100 400-watt panels. The improvement in panels and pricing over the last 10 years is amazing, and a good part of why solar is increasing in demand. Living in a city with a low average wind speed means this is our best option for using renewables.

Diana: Will you “subscribe” to some of the solar panels of the new array? 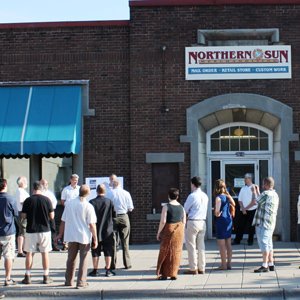 Scott: We will be hosting the array and receiving a small payment for that. I will be keeping a number of the old panels for re-use off site, and selling the rest, probably in conjunction with the Minnesota Renewable Energy Society (MRES). We do not plan to be a subscriber to this garden, having more than enough to deal with the old system. Also, our home is on the approved list for Xcel Energy’s Solar*Rewards program, though we have not gotten final approval as yet.

Diana: Anything else that you want to share about the system or your reasoning behind being part of it?

Scott: The advantages of having a system on your roof include the long term protection of the roof itself—it will last much longer than a roof constantly exposed to the sun’s rays—as well as lower cooling costs in summer. Think about the difference between standing out in the sun and under the shade of a tree. Ultimately, the greatest benefit is the one to our survival on the planet by lowering our carbon footprint, and reversing our mad rush to living in an Easy-Bake Oven.

The Strib and MPR recently published articles on the project. Check them out for more details!