Growing up with the toxic stress and other harmful effects of poverty is tough. So is growing up when the language at home is different from the language at school. Both at once is obviously even tougher, although students who can hold onto their home language while becoming fluent in English will have a leg up as adults. That’s the main thrust of a recent Pioneer Press piece investigating the need for, and development of, more teaching aimed at bilingual students and those still learning English.

It’s a topic that raises a host of interesting questions. Nearly 70,000 Minnesotan students this school year are officially designated as English Learners, which works out to about 8% of the statewide student population. Some districts are working with much higher concentrations; roughly one quarter of Minneapolis Public Schools students and one third of Saint Paul Public Schools students are English Learners.

Nor is the concentration of language need uniform across racial and ethnic groups. 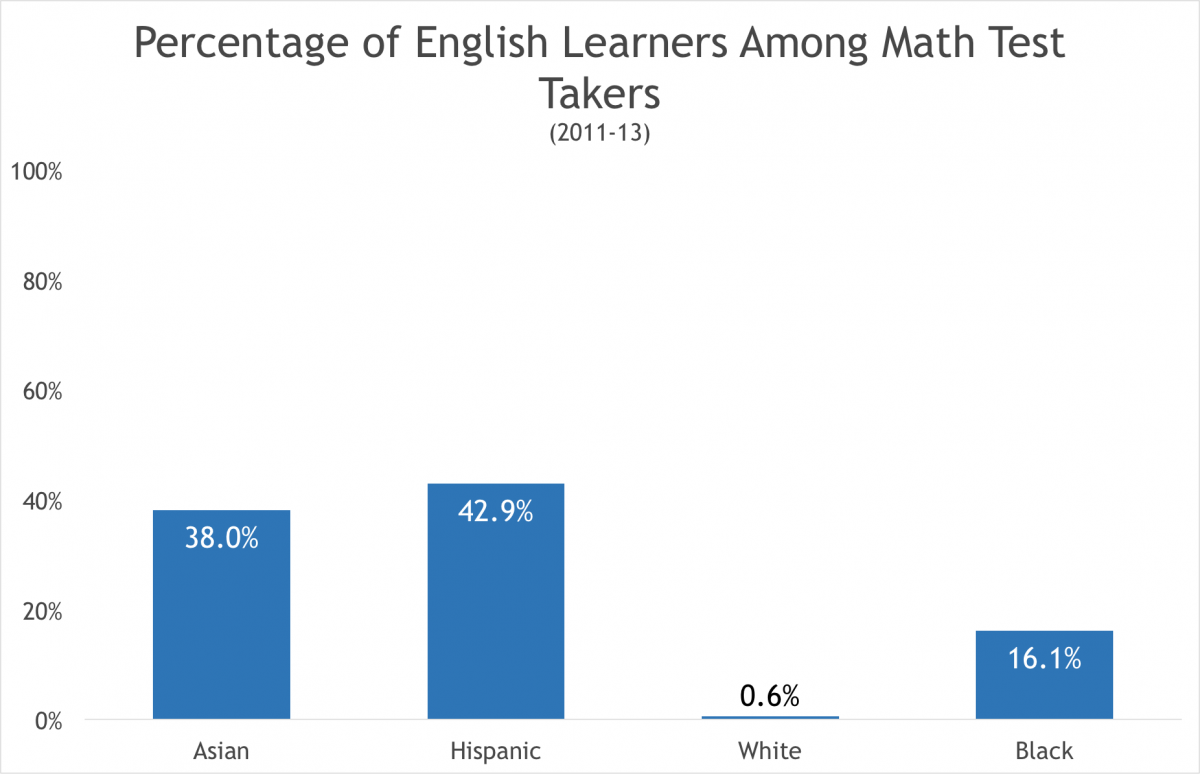 Between 2011 and 2013, roughly two out of every five Asian and Hispanic students taking the state math test was an English Learner, most of whom were also eligible for free or reduced price lunch, a common definition of low income status.

This obviously and intuitively has an effect on test scores, even when we focus just on students coming from low income families and look at math, which is not as immediately connected to language fluency as reading. 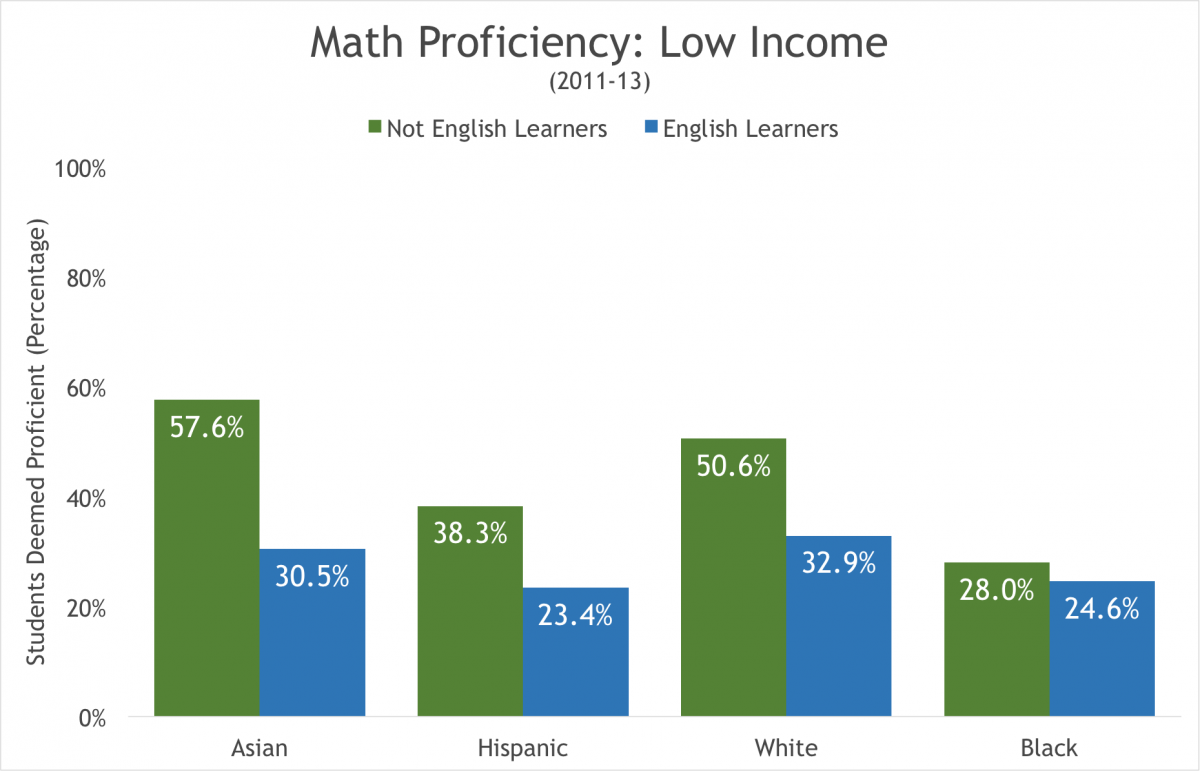 Of course, test scores are an imperfect measure of student performance, and the arbitrary cutpoints used to define “proficient” are debatable. Still, these are not minor differences we’re seeing, and they should be a reminder that our test score gaps aren’t just about race or poverty alone, especially when comparing Asian and Hispanic students to white ones. The need for high-quality services that support English Learners is very high, and many schools do not have the resources they need to provide the support they should. We should do better. 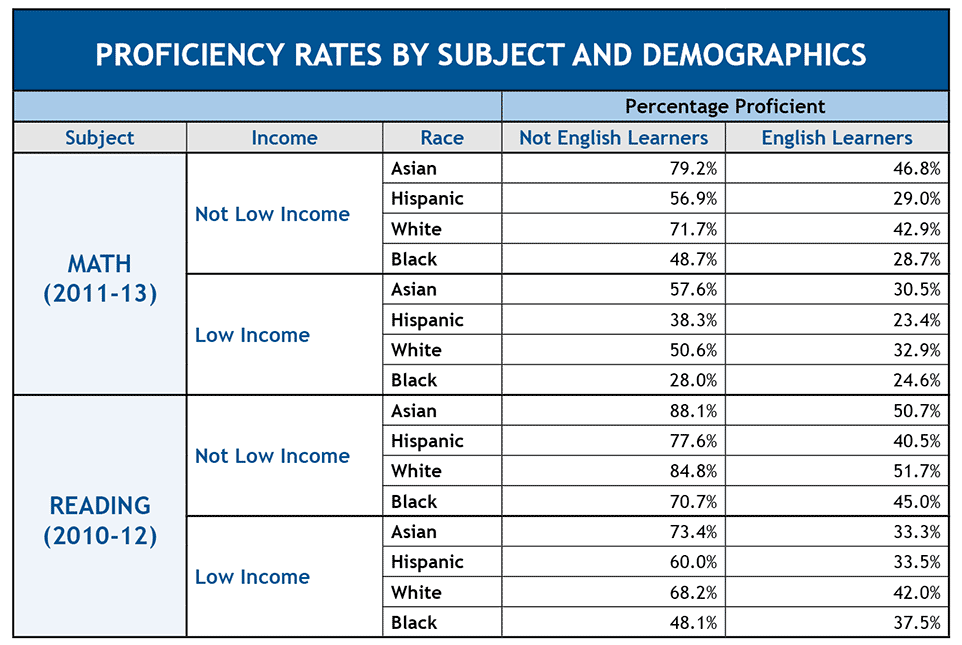