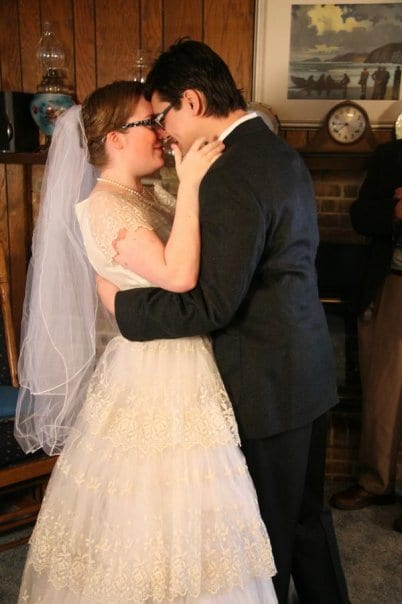 Imagine this scene: a brown boy and a white girl go to a restaurant. They are very nicely dressed, as it is their first wedding anniversary. They sit down for a nice dinner, an extravagance in a year marred by unemployment and high tuition bills.
The restaurant is not very busy. They wait to be served. Ten, then twenty, then thirty minutes go by. The girl gets up and walks to the front. “Excuse me, maybe you didn’t see us? We’ve been waiting quite a while.”
The waiter, a white man, scowls at her. “Oh, I saw you. I guess I can come see what you want.” The girl brushes it off, not wanting anything to spoil her anniversary.
The waiter throws the water glasses onto the table, spilling water onto the couple. “Sorry.” He says insincerely. He takes their orders, rolling his eyes at every item.
The couple waits forty more minutes. The boy sighs.
“Honey, let’s just go.”
“No. Other couples are getting served much faster than us. That couple over there? They came in ten minutes ago, and they already have their food. The waiter is smiling at them. You KNOW what it is. It’s because you’re Asian and I’m white.”
“Honey, calm down. You don’t know that’s what it is.” The couple eats their food, and their conversation is stilted.
What year do you think this happened? 1967, the year of Loving v. Virginia, which struck down laws against interracial marriage, and was spotted with race riots?
No. It was the year 2008. This wasn’t the first time we have been treated poorly in restaurants. It probably won’t be the last. You could say it is just coincidence, or that we are being “too sensitive.” I think you would think differently if you sat in restaurants, watching others get served before you. If you heard people murmur when you and your husband walked in. If your family threw a fit when you brought a man home who wasn’t white.
Interracial marriage rates are increasing, though not among Asian-Americans. It is an issue that is faced by more and more Americans. In this issue, I’m an optimist, and hoping that love will prevail.