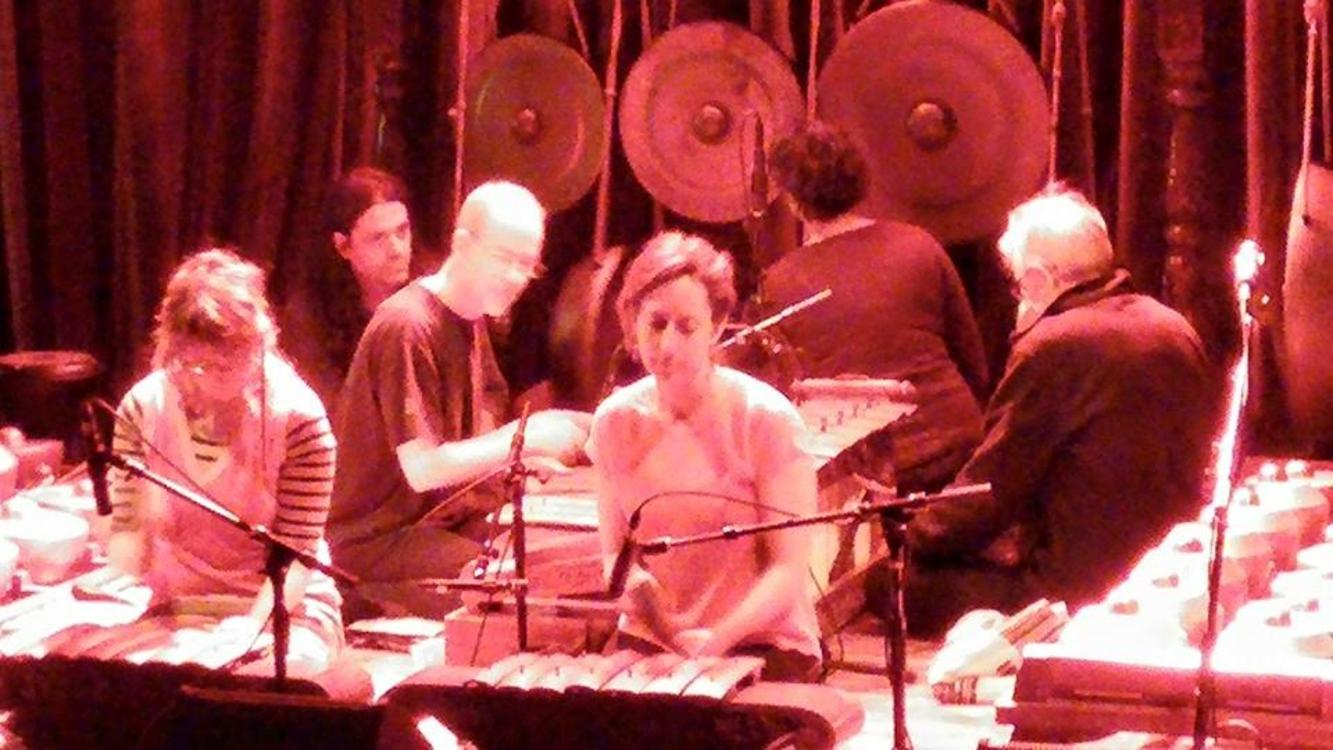 The International Novelty Gamelan is a group of six musicians: Elaine Evans, Kevin Cosgrove, Chris Parker, David Morrison, Kathy Knight and Kristen Murray. Last night they celebrated their first vinyl release: MetallaphoniaI. (It also includes an audio download. So you can use one; save the other.) The crowd was impressive for a Monday night and were attentive and appreciative. I heard someone say, “It’s like listening to elves playing in the woods.”

I don’t know about elves but there’s something about the Gamelan that feels a little magical. Like any orchestra, the whole is greater than the sum of the parts. All of the members play several instruments. Because most of the instruments are percussion, it’s a lot of hitting with a mallet but also controlling the sound by carefully tempering the instrument. Each move, each sounds seems simple but somehow it all comes together with easy complexity when they play together.

They started with a song called Adding Machine. It was bright and clanging and is featured on their new release. It’s a great name in part if you picture elves in the woods playing a song called Adding Machine. And that picture captures something of the experience. There is a hint of modernity to the songs but something deeply rooted and familiar like a playground rhyme or a lullaby.

The second song was a duet of sorts with the drone band that played after them. (The drone band doesn’t have a name yet; they were an interesting mostly-brass drone band.) It was brassy with a beat; interesting to see the mash up. It was something old and something new that created a new twist to local music.

International Novelty Gamelan could play anywhere, to any age but Tuesday night folks were there to see or learn about the innovation of the old and new. And the Icehouse is notoriously a place to see off-duty musicians so I think there’s potential for the word to spread and we just might see a unique Minnesota-twanged Javanese influence spreading.