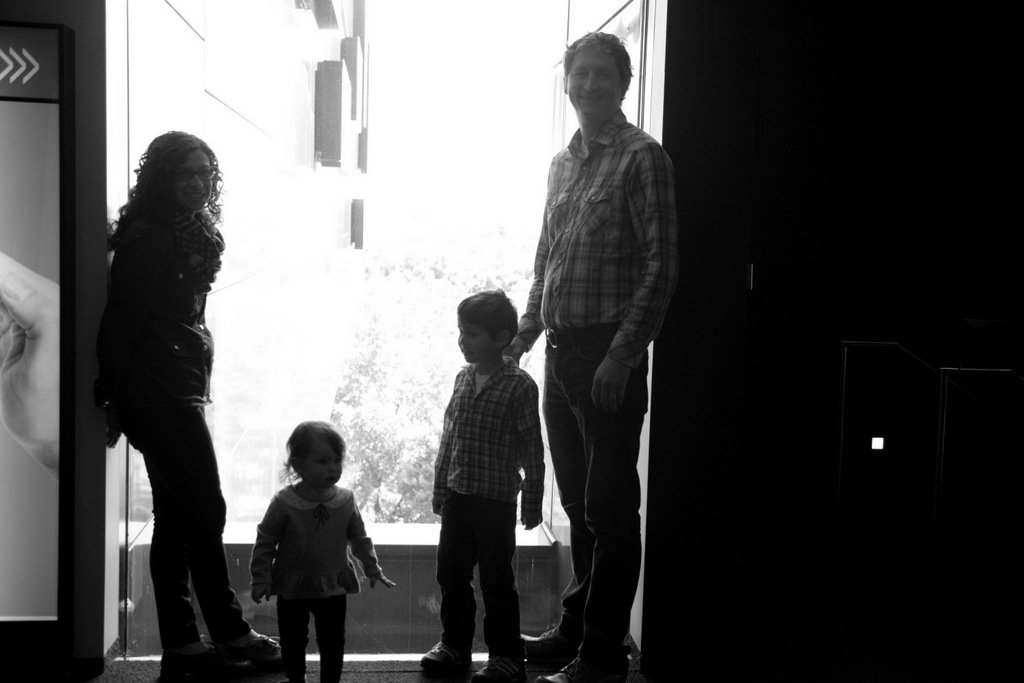 I remember the time my son told me his father wasn’t Jewish.

He was 4, and it was December, and we were in the car on our way home from preschool. And he said it just like that. “Mom, Dad isn’t Jewish.” Technically, I already knew. We’d been married 8 years by then, it had come up. But we hadn’t discussed it with Henry yet. We planned to, but we were waiting for the right time, for him to be ready to understand.

We were waiting to talk to him about my father, too. To tell him that he had a fifth grandparent, one he’d never meet. My parents divorced when I was a baby and my mother married my stepfather just a few years later. He’s the man I call “Dad,” and he’s the man Henry knows as “Pop Pop,” but I did also have a father, whom I spent winter breaks and summers with, whom I loved very much, and who died when I was 25, long before Henry was born. And I was waiting to explain this extra grandparent who only exists in pictures now, to Henry, not because he didn’t understand death (we’d lost pets by then), but because we hadn’t yet broached the topic of divorce.

I think we must all have these things we wait to explain to our children, until they’re old enough to really understand. I have friends, also an interfaith family, who had explained to their son that Dad was Jewish and Mom wasn’t, only to end up with the misunderstanding that all boys are Jews and all girls are Christians. So we were waiting until it would make sense. But I think, for me, there was something more there. I wasn’t just worried that Henry wouldn’t understand what we were talking about, I was worried that he’d be confused about what it meant about who he is.

In hindsight, I realize that Christmas had become a kind of code, a stand-in for the fear I had that Henry would reject Judaism. I could pile all of my anxiety onto the holiday and then avoid looking at it for the rest of the year. And I don’t know the answer to this, it’s not something I can force or guarantee. I can give my kids an understanding of why my faith means enough to me to make them and their father a part of it, but I can’t give Henry and his sister my identity. The way I grew up, the way I experienced my Jewish family is different than the way they experience theirs. My kids are Jews with a non-Jewish parent. It’s not a threat; it’s not even uncommon anymore. It just is.

And it was, and he was 4, and it was December, and we were driving home from preschool. “Mom,” he said, “Dad isn’t Jewish.” “No,” I told him, “he isn’t. When did you start thinking about that?” “Well,” he told me, “I asked Miss Gina what you call people who celebrate Christmas instead of Hanukkah, and she said they’re called Christians. You’re Jewish and so am I, but Grandma and Grandpa celebrate Christmas, and they’re Dad’s parents, so he must be Christian like them.”

He had figured it out. And I realized then that the fact that Henry has a parent who is not Jewish isn’t a challenge to his Jewish identity – it’s part of his Jewish identity. There are other things he could be besides Jewish, and there they are, present right here in his family. And the fact that, given the other options, his parents get up every morning and choose this one, means something.