Partly in the sense of the familiar Chinese curse, these are interesting times for America’s passenger railroad, Amtrak. 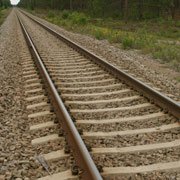 Just as congressional conservatives proposed to slash Amtrak’s federal subsidy, then pulled the entire reauthorization bill barely two months before funding expires Sept. 30, the agency reported the highest monthly ridership in its 42-year history. More than 2.9 million travelers took to U.S. intercity rails in July, exceeding the former record of 2.8 million in March. Amtrak is on track to set its 10th annual ridership record in the past 11 years.

In some places, even those led by infamous obstructors of passenger rail progress, policymakers are paying attention. According to the Milwaukee Journal Sentinel, Wisconsin transportation officials are seriously studying faster and more frequent Amtrak service on two popular routes, including the Empire Builder from Chicago to the Twin Cities and points west.

These people report to conservative Gov. Scott Walker, who you may remember turned down $800 million in federal money for high-speed rail infrastructure between Milwaukee and Madison—about a decade after another conservative Badger State governor, Tommy Thompson, authorized tens of millions in state borrowing for high-speed.

Both of the current Wisconsin passenger rail expansion initiatives would involve financial support from the state and its neighbors, Minnesota and Illinois for a second daily Empire Builder train, and Illinois for boosting Hiawatha service between Milwaukee and Chicago from its current seven trains a day to 10—the new ones express runs at up to 90 m.p.h. Ridership on the Hiawatha has doubled over the past decade, leaving standing room only on some trains.

“The department is very interested in making sure we can meet the needs and desires of the traveling public,” Wisconsin DOT spokesman Brock Bergey told the Sentinel Journal.

Amtrak itself is studying the feasibility of expanding Empire Builder service, which saw a 16 percent increase in ridership from 2011 to 2012. The second train would go only as far west as St. Cloud, with a possible new stop in Minneapolis or Fridley, MnDOT passenger rail planning director Praveena Pidaparthi told the newspaper. The Amtrak study is set for release in December.

“A second round trip is a significant improvement for passengers by providing more same-day trips without overnight stays and by making it more likely our scheduled arrivals and departures meet their travel needs,” said Amtrak spokesman Marc Magliari.

The added train would run at the Empire Builder’s existing top speed of 79 m.p.h. Meanwhile, Minnesota’s first-phase environmental study of faster passenger rail service to Chicago is proceeding toward completion in 2015 regardless of Wisconsin’s current official stance. Wisconsin business and civic groups don’t share that opposition.

“The stronger connections we have to what is a huge thriving city [Chicago] can only benefit the region,” said Julie Granger of the Metropolitan Milwaukee Association of Commerce.

That’s just as true for the Twin Cities and the rest of Minnesota. If the latest efforts in Wisconsin bear fruit, it should open the way for real progress toward a return to the excellent passenger rail service Minnesota enjoyed many decades ago.