You may have heard that Minnesota rejected two conservative-backed constitutional amendments yesterday. But how and why turn out to be very interesting questions.

Also, maps are awesome. For example, the marriage amendment vote by county: 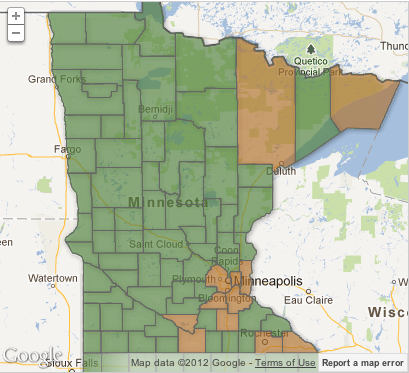 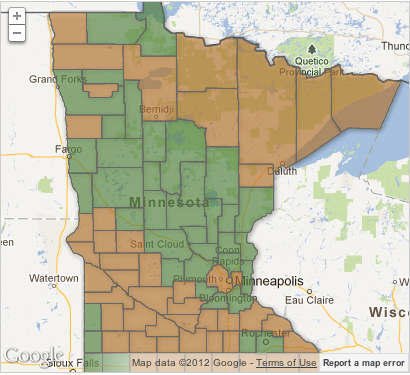 Obviously, the Metro area is small geographically but extremely large in terms of vote density. Cartograms would be nice.

But check out the differences between these maps: the Marriage amendment was a very standard, generally-progressive Minnesota win. Progressive forces turn out bigtime in the Twin Cities and Duluth, and keep margins down elsewhere. However, the Voter ID amendment opposition was not as strong in the Metro area: 60% opposed in Hennepin County instead of 62% on the marriage question. 55% opposed on the marriage question against 48% against Voter ID in Dakota County.

These trends point to the successful messaging operations employed by Our Vote Our Future and Minnesotans United for All Families. OVOF focused on the fiscal burden that Voter ID would put on rural communities, the pocketbook issues that didn’t have to raise questions of racial, age-based, or urban/rural attacks. And it worked. MN United focused on the culturally progressive message of equality and justice, designed to appeal to those constitutencies in the big cities which would respond to that frame. And it worked.

Bottom line? Two very different paths to victory, and both executed in a most excellent way. Bravo to both organizations and their supporters — and of course, to the voters of Minnesota!