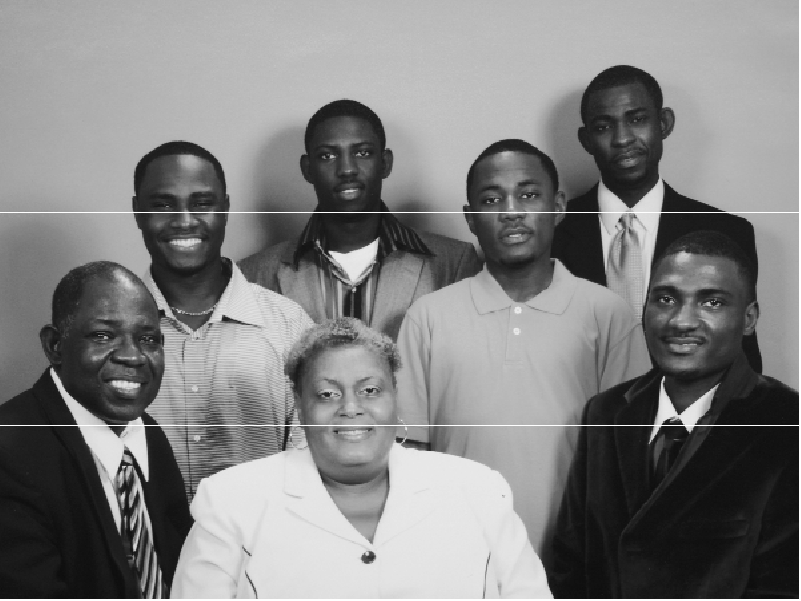 “When the war started, I lost everything. But his address stayed in my brain.”

James Kpoto tells of looking up Charlie Mooreland on the internet and finding him in Atlanta, Georgia. Kpoto was in 10th grade in 1975 when the now 82-year-old man and he met. Kpoto was washing dishes and clearing tables at a hotel where his father was a cook, in Monrovia, Liberia.

The elder Kpoto cooked for several U.S. ambassadors, and a Rotary conference that Mooreland attended. It was the same time Andrew Young was there for a conference of Mayors.

In December 2012 James had other business about four hours away from Atlanta, so he set out to visit Mooreland, the African American Rotarian who had become his mentor and assisted him with funding to complete high school in 1977.

This is also why, when Rotarian Ann Dillard told him a Rotary club was forming in North Minneapolis, he had arranged to come in late to work on Tuesday mornings so he could attend club meetings. Kpoto does administrative work for a team that processes documents in the lien release department at Wells Fargo, starting at 6 a.m. Rotary meets at 7:35 a.m.

His first son, Alvin is now 36, married (wife Pamela) and pursuing his master’s degree for management information systems at the University of St. Thomas. When James came to America in 2000 he landed in Rhode Island where his sister lived. He’d been working for the United Nations Commission on Refugees in Liberia, and the Foster Parents Plan International before that.

Liberia is a nation established starting in the 1800s by freed slaves from the United States, known as Americo-Liberians, “until the 1980s when the natives were tired of this and wanted to run the country,” Kpoto said.

Having seen the 1980 coup, the first civil war in 1989-1996 and now the second civil war, “it was time to get out.” He won a visa lottery allowing him to immigrate and become a permanent U.S. resident, now a U.S. citizen. His wife Theresa and four younger sons came along, the first son stayed behind, though is now in the U.S.

There was an uncle, Albert Ngafua, in Minnesota. “I told him I wanted to move here. I got on a bus and moved here.” Within six months, the family found a house big enough on Illion Avenue in North Minneapolis.

“Within two days I realized I was in the wrong neighborhood,” Kpoto said. “I found out the guy who had lived here was selling drugs,” and there was all sorts of bad activity around.

“It’s changed now,” Kpoto said, “I got frustrated and wanted to get out, but the best thing is to make it good for community.” So in 2001 they had a block club meeting with 16 people attending, Kpoto leading. “It’s a quiet block now, clean, people have respect for each other. They use us as an example in newspapers and on TV,” he said, standing by the framed certificate bestowed by the chief of police for best block club.

Another symbol of his continuing investment is the new windows installed in the house in a refinance that also brought down the cost of his mortgage even with the new expense.

He sees potential for Rotary to improve community. His hopes for the North Minneapolis Rotary Club are simple: “Pick a focus. I want to be part of the team. I would also like to do some international support like I got from Mr. Mooreland.” With his sons now 36, 30, 26, 23 and 22, it’s likely the Rotary connections will help them get started on careers, too.

Mooreland retired from teaching at Morehouse College. His wife retired from Spelman College. Kpoto gave the Moorelands a copy of the letter he had given to the Red Cross long ago, hoping they could find Mooreland and mail it to him, which they had. In the early 2000s they communicated again by phone and Kpoto was encouraged to come to Atlanta. Getting established with work and raising a family got in the way until finally he made the trip last month. Kpoto said they had a pleasant visit and he will send a photo of his family. 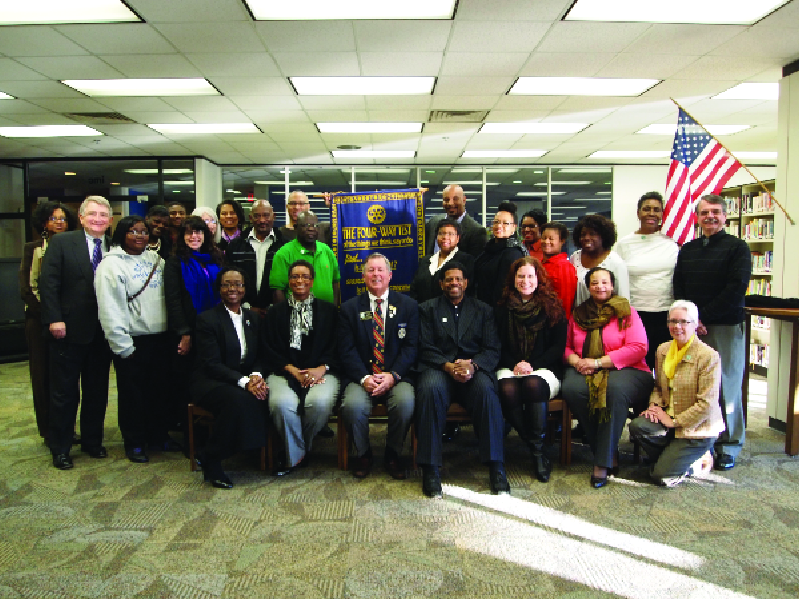 District Governor Bob Stowell visited the Rotary Club of North Minneapolis for their first meeting as an official club Dec. 4. The club will work on its vision at a retreat Saturday, Feb. 23.