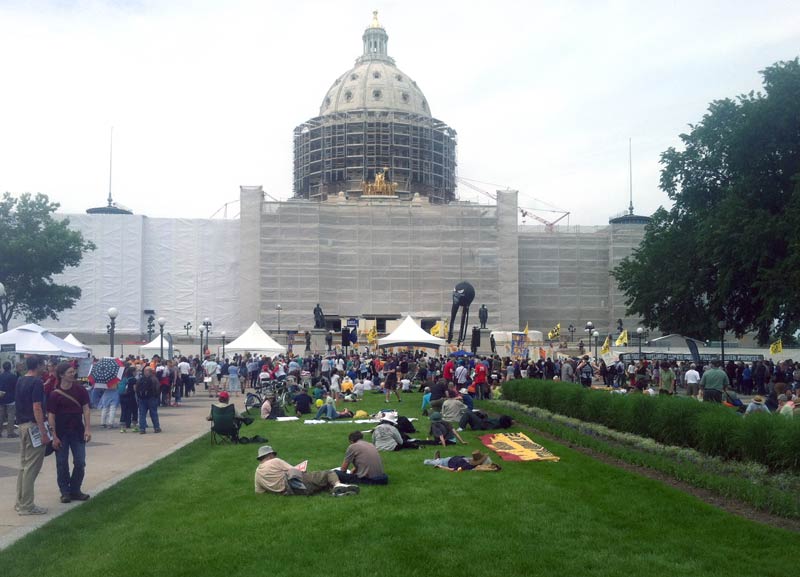 Thousands of people gathered on a lovely Saturday in downtown Saint Paul to march in opposition to the recently approved Sandpiper pipeline, which threatens the land in Northern Minnesota. For a rally centered around often atmospheric issues like stopping risky oil pipelines, ending destructive tar sands oil mining, and preventing climate change, it was a massive crowd. (Organizers estimated about 5,000 people were at the march.) 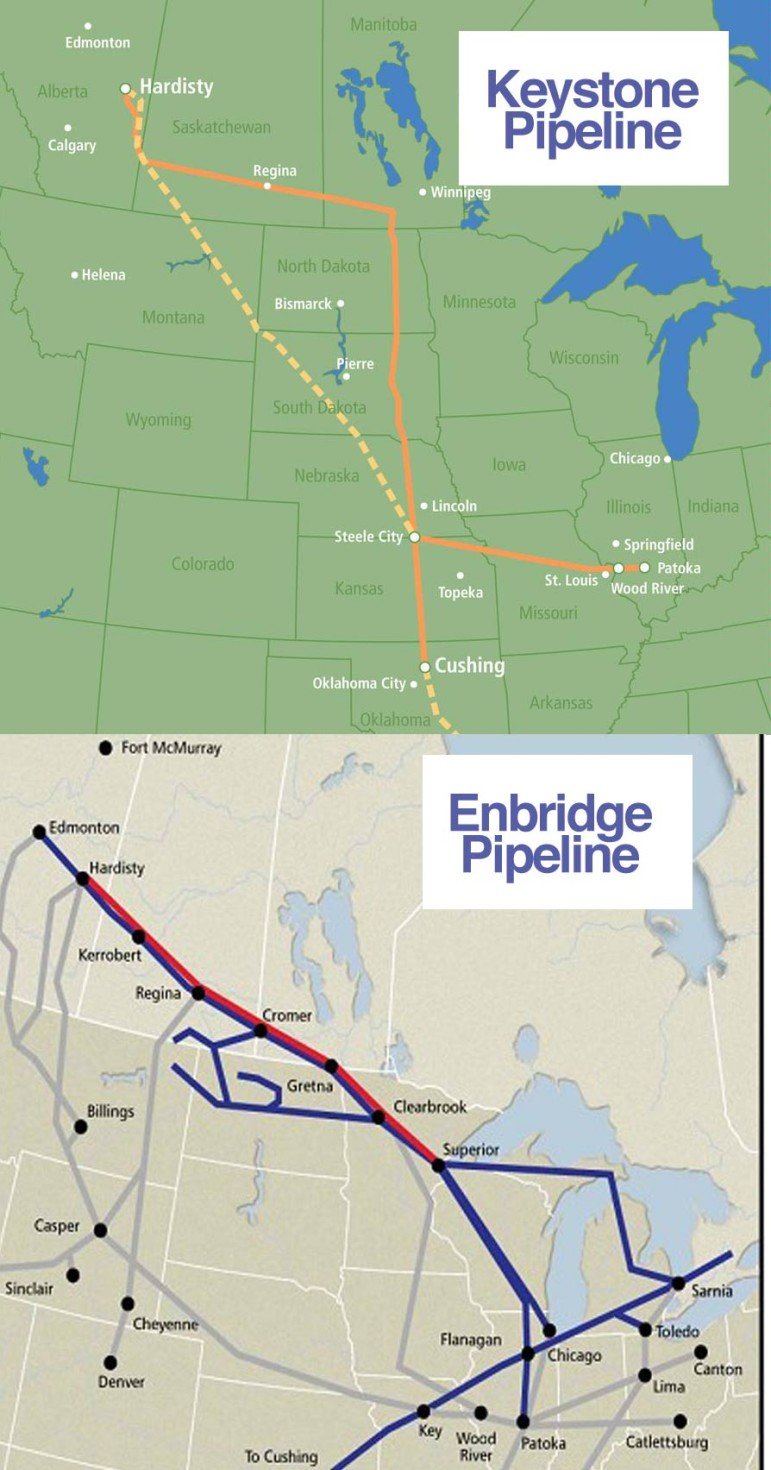 For a long time, pipeline politics in the US has fixed on the controversial Keystone pipeline, slated to run through the Dakotas. But North America’s pipeline network is complex and inter-connected, and this weekend’s protest aimed at the Enbridge Sandpiper Pipeline project, which runs right through Northern Minnesota (including Indian reservations) on its way to Superior, Wisconsin and the Great Lakes.

Though famous climate activist Bill McKibben was the keynote speaker, the most striking presence at Saturday’s rally were Ojibwe people from Minnesota’s White Earth reservation, near whose land the pipeline is slated to travel. Activist tribal leader (and former vice-presidential candidate) Winona LaDuke was one of the speakers who closed out the event. 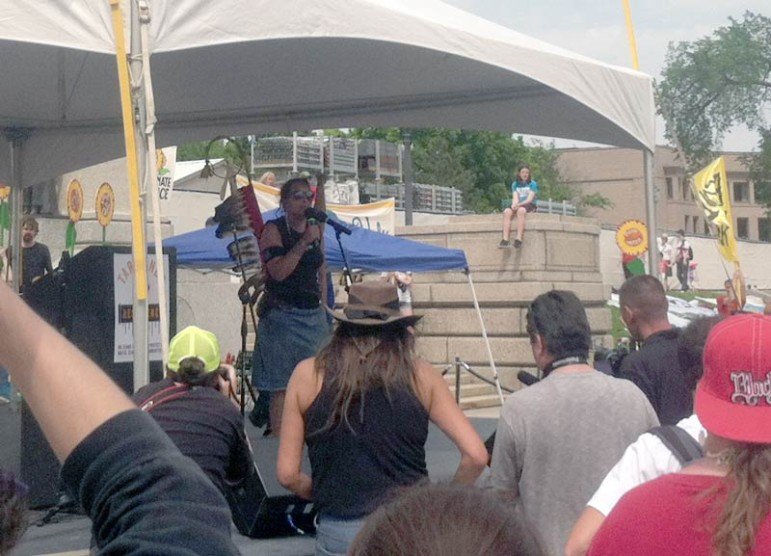 LaDuke and others have been testifying at the Minnesota State Capitol for weeks urging the state’s political leaders to stop permits of the Sandpiper pipeline, on the grounds that the environmental risks to traditional Ojibwe practices (like wild rice cultivation) will be threatened.

The pipeline was approved the state’s Public Utitlities Commission, a body appointed by the governor to oversee energy issues in Minnesota while protecting the state’s citizens, on a 5-0 vote last week.

[Photos from the rally below.] 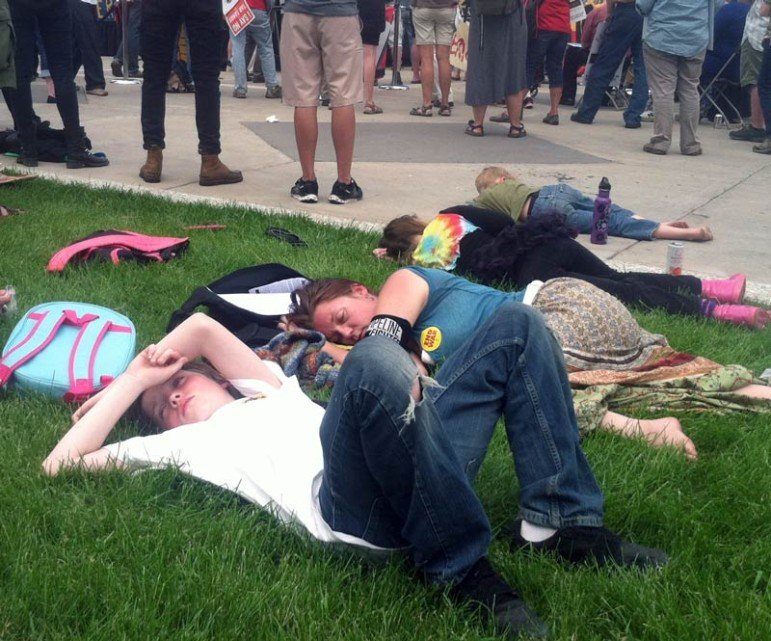 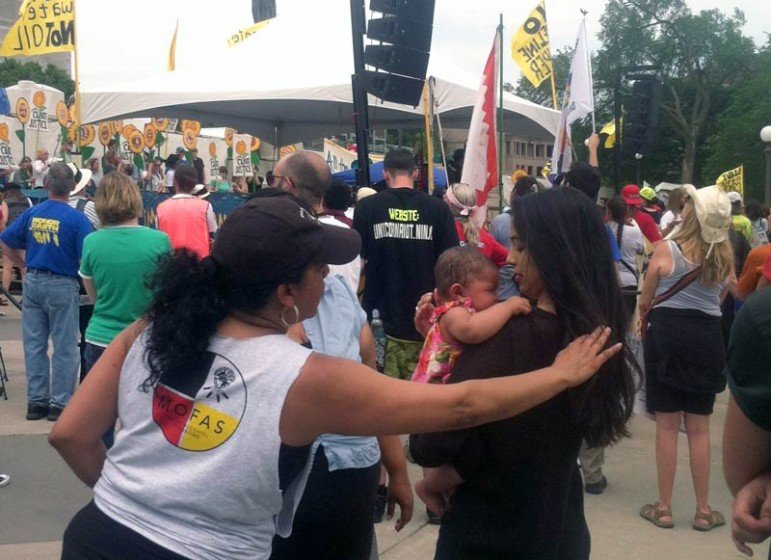 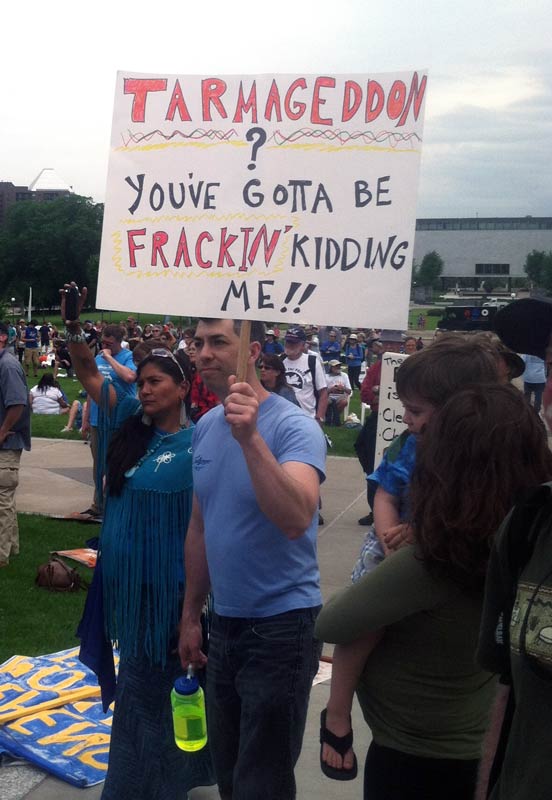 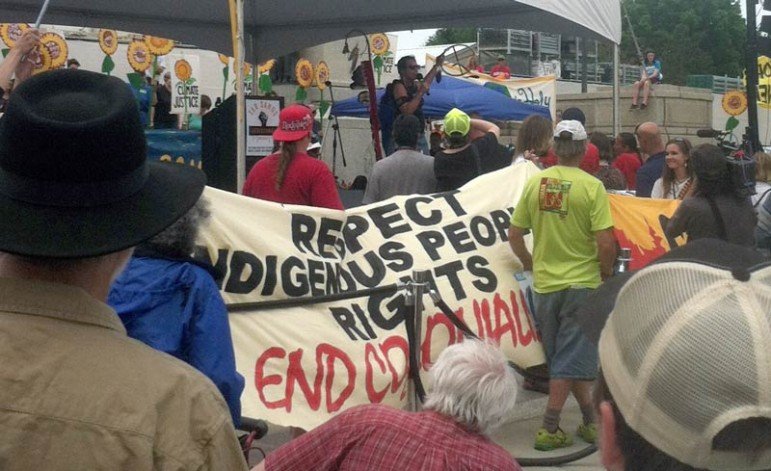 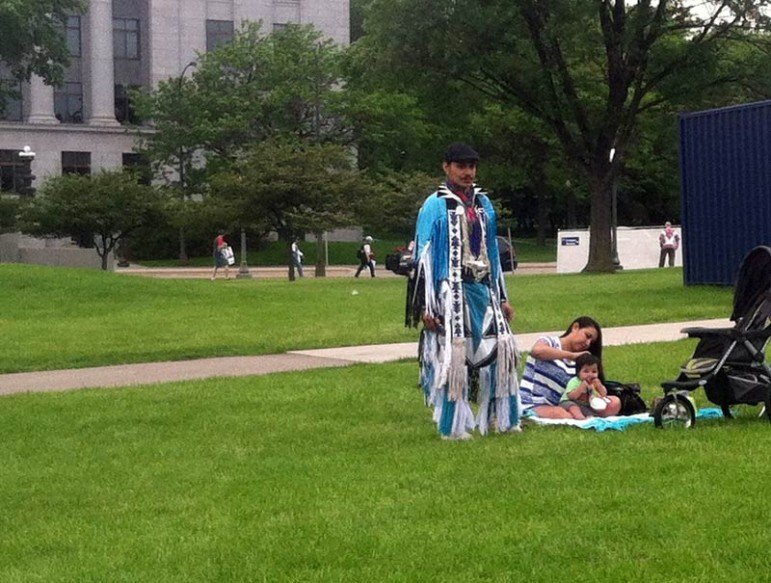 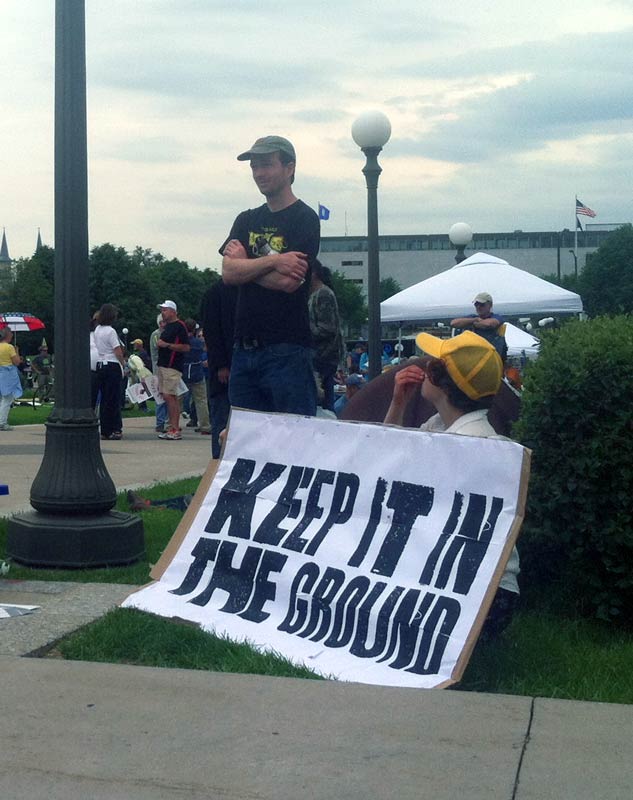 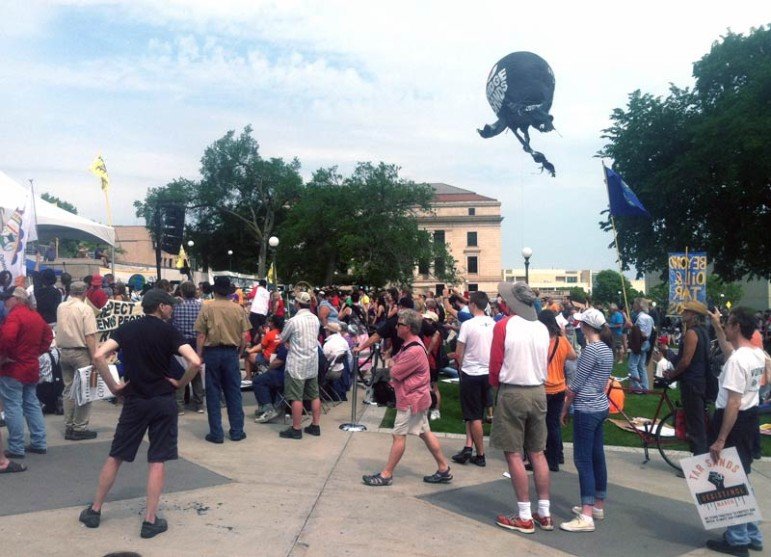 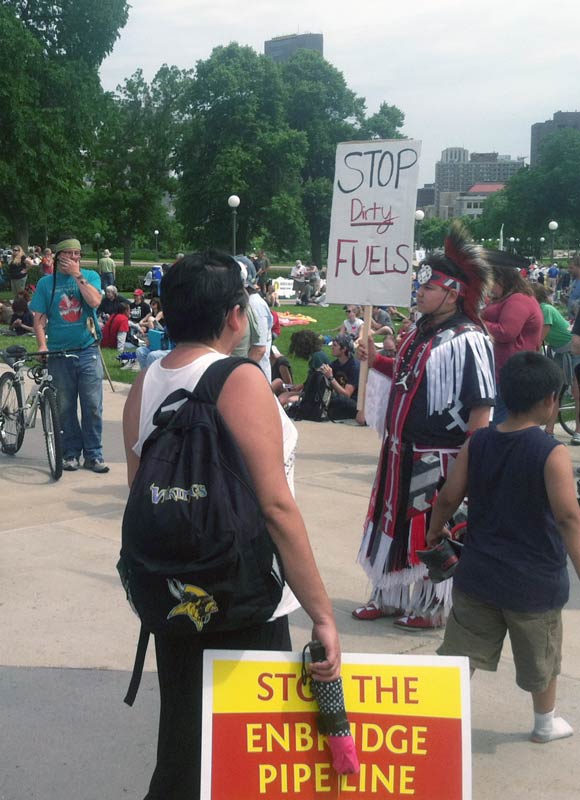 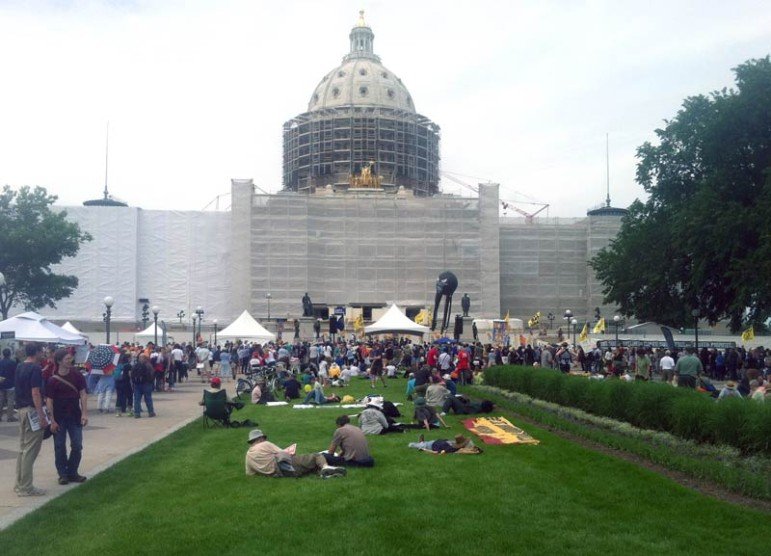 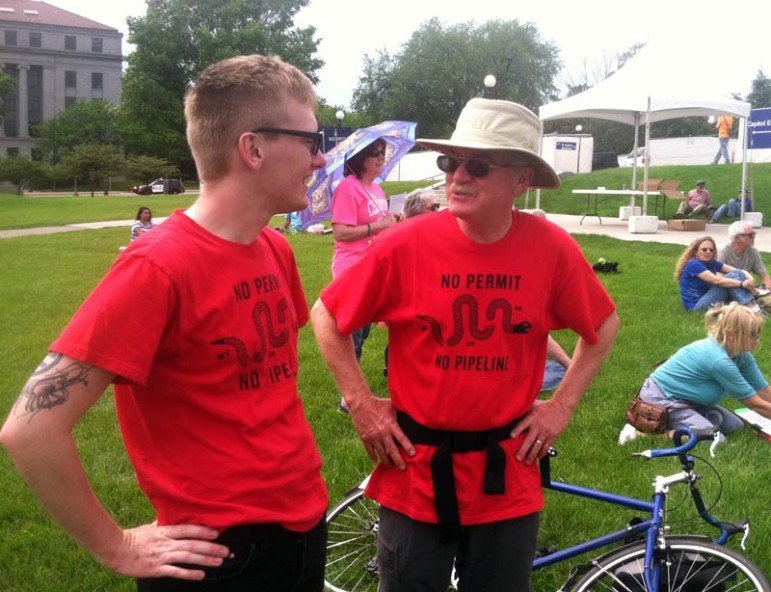 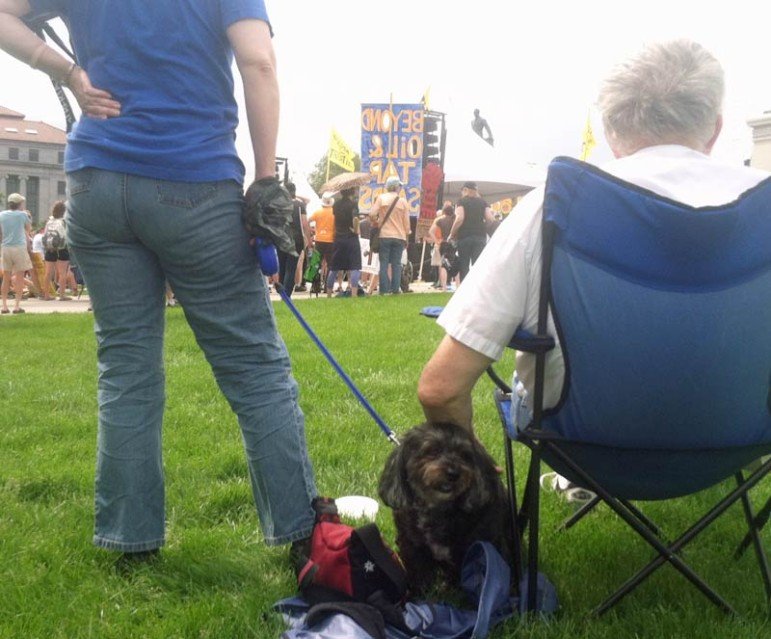 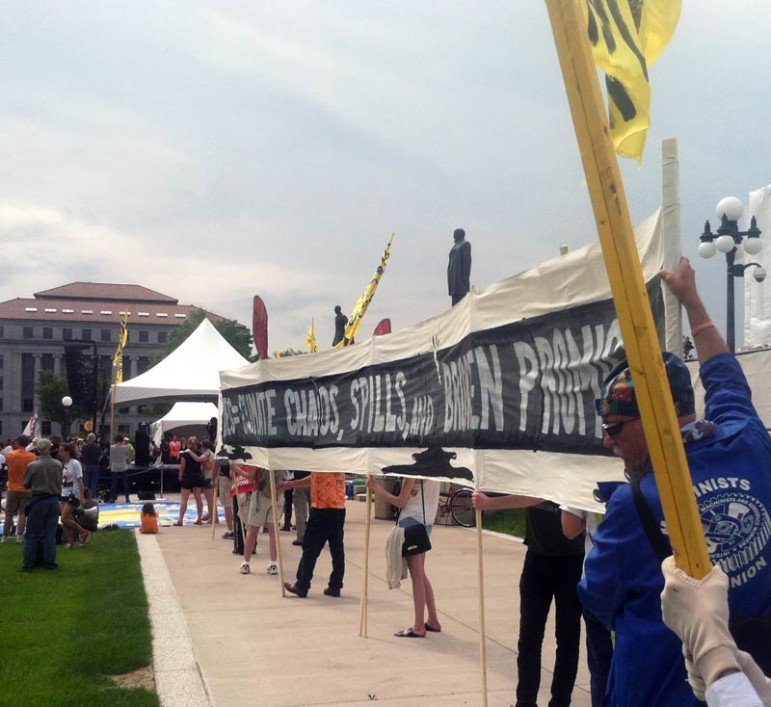 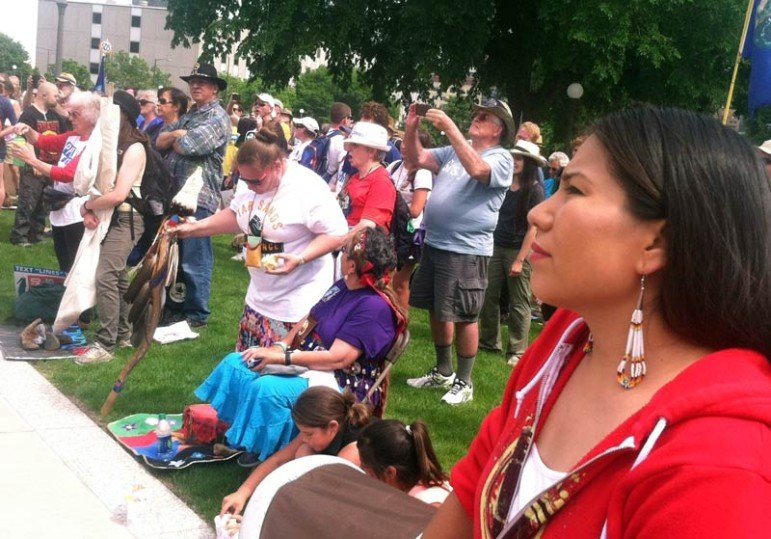