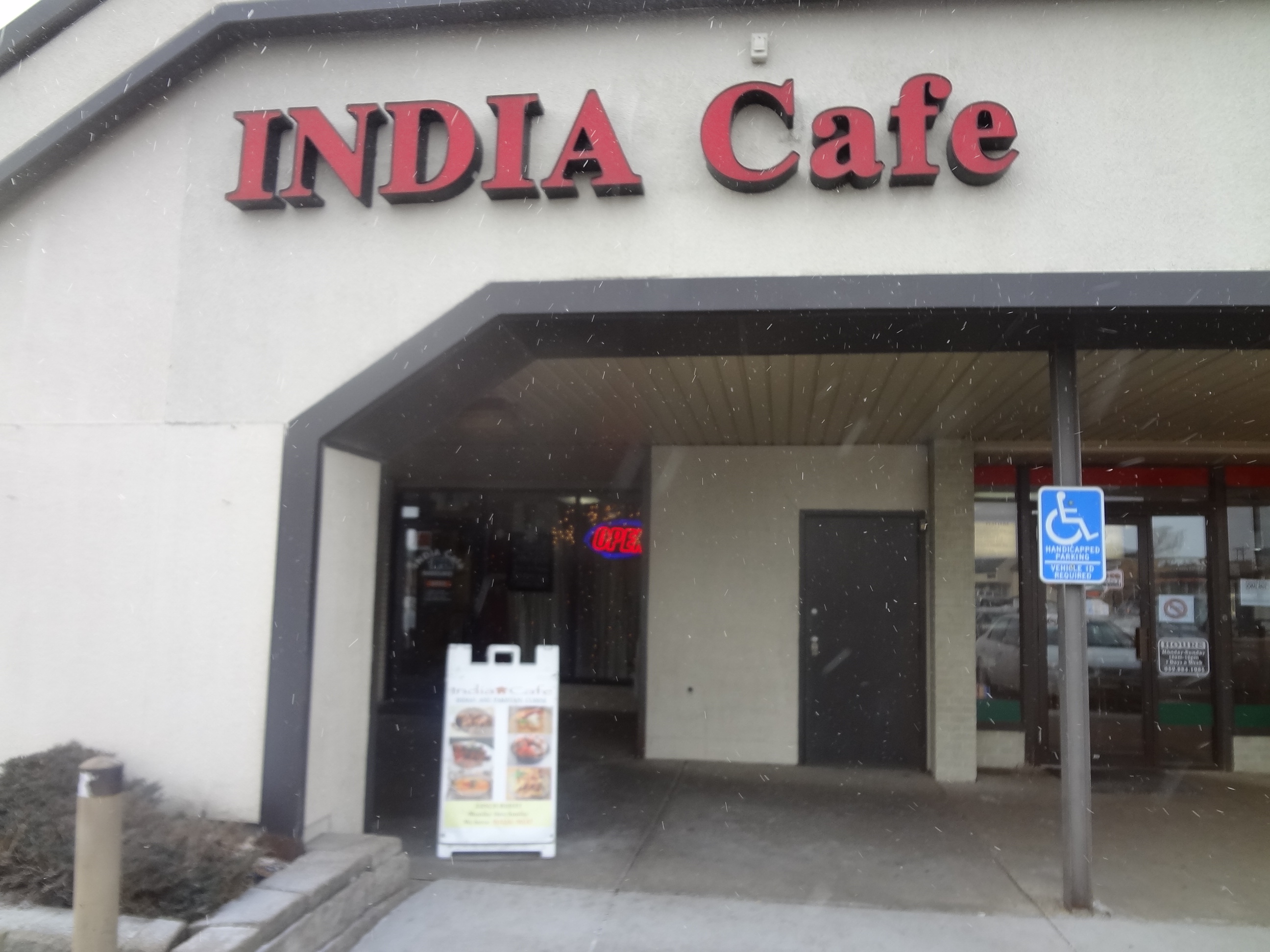 I got a friendly but challenging note the other day from Waheda Yasmin, owner of the India Cafe in Bloomington. She had read one of my articles—South Asian Adventures: Gorkha Palace, Bombay Bistro, Bombay Palace—published last June in the Daily Planet. “I like the news,” she wrote. “But to my understanding you have not tried the real authentic taste of Indian food. I want to invite you to our restaurant (to) taste our food, too.”

Oh yeah? Well, I’ve traveled to India three times during my life (and possibly more often in previous lives), and I think I have a pretty good idea of what authentic Indian cuisine tastes like. I am especially fond of the cuisine of Kerala, in the south, which I have visited a couple of times.

But I was intrigued enough that I decided to investigate. Rather than accept Yasmin’s invitation to visit as her guest, Carol and I stopped anonymously  by last Sunday. I had intended to order a couple of dishes from the extensive menu, but the weekend buffet ($9.99) looked so inviting that we chose that option instead.

The chicken dishes I sampled tasted pretty much the same as they do elsewhere, but I thought most of the vegetarian items that I tried were delicious, including the cabbage thoran, the bhindi aloo—okra with potatoes, tomatoes and spices—and the chili gobi, a spicy dish of lightly breaded deep-fried cauliflower florets tossed with peppers and onions. What stood out in these dishes was the liveliness of the seasoning and the freshness of the flavors.

Later, when I spoke to Waheda Yasmin’s husband, Rehan Abu, by phone, I learned a few more details. Wahida is from Hyderabad, he’s from Mumbai, and they lived in Cochin, Kerala for several years before coming to the U.S.

The weekday buffet, which changes daily, is much like the weekend buffet, but offers a little bit less variety, and does not include dosas. But you can order dosas a la carte at any time, in many different varieties—”We make the best dosas in Minnesota,” Abu told me. The weekend selection also varies from day to day—some days, a goat curry is featured, and the egg curry alternates with a dish curry. There are also weekend specials, such as puuri halwa, a fried bread served with chickpeas and halwa (a kind of sweet), and dum biryani, a more elaborate version of the tradfitional garnished rice dish.

When we visited, the clientele was mostly south Asian—always a good sign. There’s not much in the way of ambience, but service is friendly and attentive, and the cuisine makes the India Cafe worth the trip. By the way, in the same strip mall is another of my favorite Indian places: Kabob’s (which has even less ambience than the India Cafe).