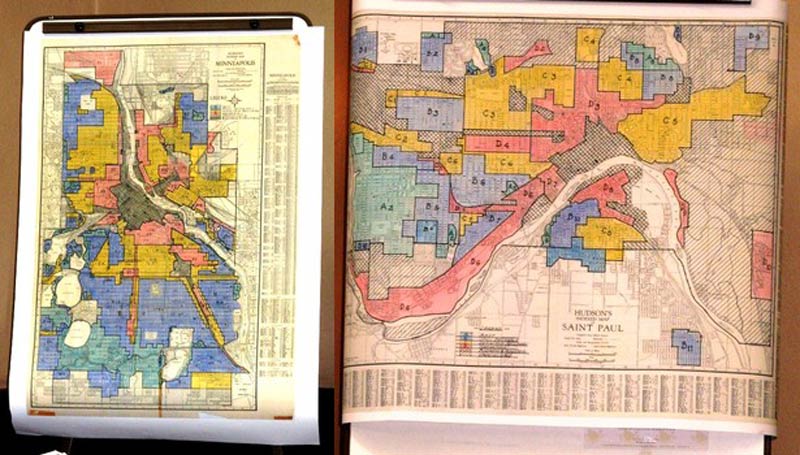 Researchers studying the affects of public policy on the racial wealth gap estimated that the median wealth of Black households would rise 451 percent if Blacks owned homes at the same rates as Whites.

A joint effort by Demos and the Institute on Assets and Social Policy (IASP), a research group that advocates for economic opportunity, security and equity for individuals and families, detailed the key factors in housing, education, and the labor market that have contributed to the racial wealth gap for generations.

Thomas Shapiro, the director at IASP, said that the racial wealth gap is one of the most critical issues as the United States moves into the 21st century. Shapiro said that researchers designed a new tool called the “Racial Wealth Audit,” to get a real, objective handle on the impact of policy on wealth accumulation in the United States and what the racial wealth gap really looks like.

Tamara Draut, the vice president of policy and research at Demos, said that while researchers and policy analysts have been heartened by the burgeoning debate surrounding rising inequality in the United States and the implications that it has for all of our standards of living, the underlying racial divide that underpins so much of the inequality in this country is less understood and less talked about.

“In addition, Black and Latino college graduates saw a lower return on their degrees than White graduates: for every $1 in wealth that accrues to median Black households associated with a college degree, median White households accrue $11.49,” stated the report.

Black families also experienced lower returns on the income that they earned, when compared to White families.

“Homeownership is the largest reservoir of wealth and financial stability that American families have,” said Thomas Shapiro, the director at IASP. “It’s just that it is so inequitably distributed at this point in time in the value of wealth that it creates.”

With the creation of the Federal Housing Administration in 1934, the United States government sanctioned lenders to use “redlining” to systematically deny Blacks access to that reservoir of wealth for decades.

“While redlining was officially outlawed by the Fair Housing Act of 1968, its impact in the form of residential segregation patterns persists with households of color more likely to live in neighborhoods characterized by higher poverty rates, lower home values, and a declining infrastructure compared to neighborhoods inhabited predominantly by White residents,” stated the report. “Discriminatory lending practices persist to this day. When households of color access mortgages, they are more often underwritten by higher interest rates.”

Draut said that some economists and lawmakers have drawn the wrong conclusions about what happened during the financial collapse and that misunderstanding is preventing faster progress towards the policies that we need.

“We know that lower-income homeowners can afford homes, stay in their homes and not be subject to foreclosure, if they have safe, traditional mortgages,” explained Draut. “The defamation of wealth and the resulting foreclosures were really due to the aggressive marketing and selling of toxic mortgages to communities of color that directly put their homeownership status in danger.”

Shapiro expressed concerns about some of the current conversations taking place on Capitol Hill and at the Treasury Department around financial reforms in the housing industry, adding that some policymakers have floated the idea that prospective buyers should take on more risk, possibly in the form of larger down payments.

“Those are precisely the kinds of reforms that will continue to block families of color from homeownership,” said Shapiro.

In order to close the wealth gap, Ruetschlin said that policies that perpetuate differences in homeownership rates and returns should be changed.

The report recommended stricter enforcement of housing anti-discrimination laws, authorizing Fannie Mae and Freddie Mac to make it easier for struggling homeowners to modify loans and lowering the cap on the mortgage interest tax deduction.

Ruetschlin said that, the investor class and international governments increasingly point to widening inequality as a real threat to economic stability and that the amount of wealth a family holds affects their ability to survive that shock when volatility occurs.

She explained, “Growing inequality can really undermine stability overall and make it even harder for an increasingly large portion of the population to weather those shocks when they come.”

Thanks to NNPA.org for sharing this story with us.