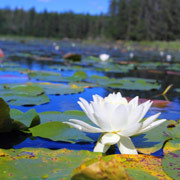 A Constitutional brouhaha may take shape in little Delaware, and it may offer a way for Minnesota to gain more clout in Congress as well.

For background, Philadelphia business columnist Joseph N. DiStefano has noted that Delaware is “home” to at least a million corporations that have taken legal residency in the easy to incorporate state. At the same time, it only has 900,000 recognizably human residents. That means it gets only one at-large seat in the U.S. House of Representatives.

In the current political climate, that may not be fair. DiStefano notes one presidential hopeful in this fall’s elections (Mitt Romney) has already remarked, “Corporations are people, my friend.” The U.S. Supreme Court seemed to share that view in it 2010 Citizens United v. Federal Elections Commission decision, protecting the First Amendment free speech rights of corporations.

So here’s where Minnesota might help Delaware gain a second House seat while Minnesota could go back to the good old days of having nine Congressional districts. Maybe even a 10th.

Let’s take our state’s Adopt-a-Highway voluntary system a step farther and have area people “adopt-a-lake,” a slough, a pothole, a pond, a reservoir and every other catchall of surface water that brings Minnesotans either enjoyment or annoyance. Only this time, incorporate the good neighbor groups for political empowerment.

This could lead to good civic engagement and help give voice to our precious resources. Think that preposterous? Read the Citizens United decision again. Risks would be limited liability, at most. And we know from current practice, our lake “people” wouldn’t need to be anymore transparent than Delaware’s corporations.