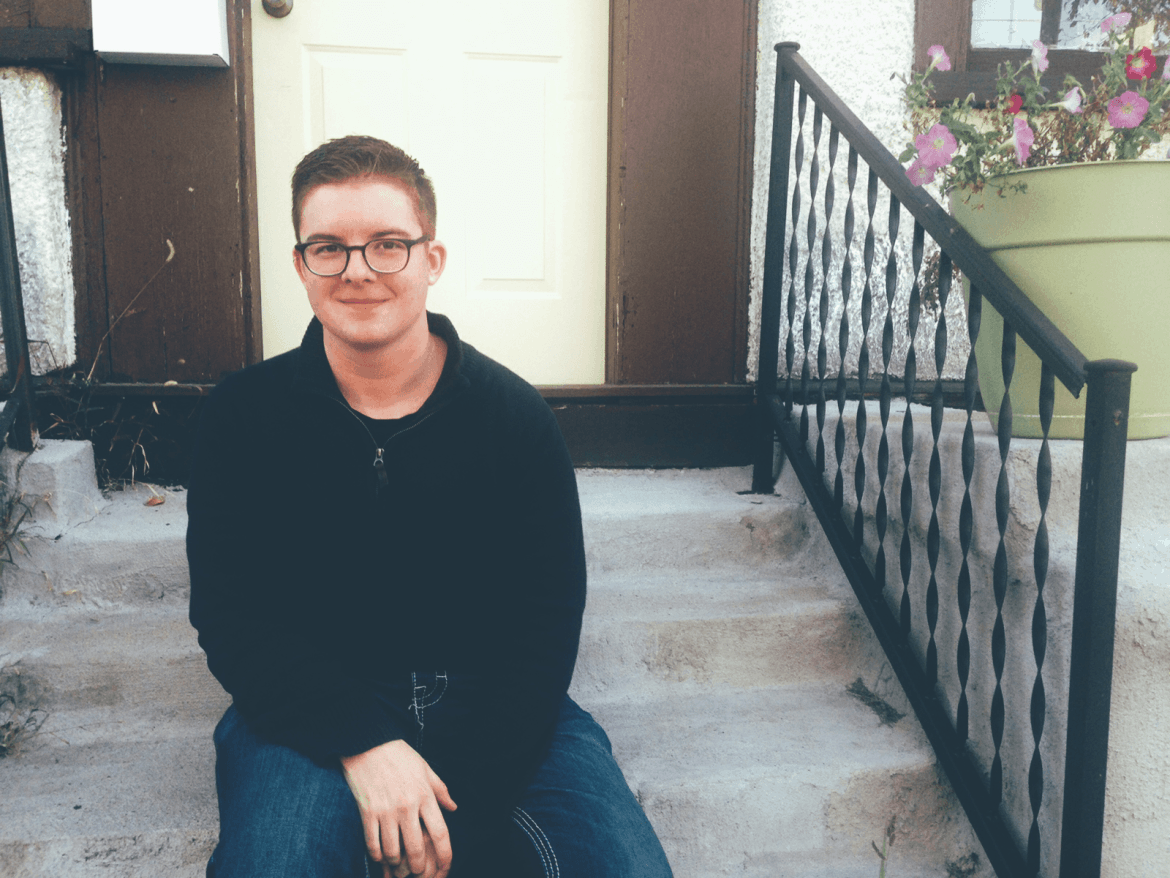 Perhaps I was listening for it, but I did not have to listen long. A person I do not know came up to me and said, “Dude, there are actual titties down there.” He gestured over his shoulder around the large hill of Gold Medal Park. I was on my way to work.

I don’t even remember what I said in response—maybe nothing—but internally I had plenty to say. Something along the lines of “Get out of here, you creep,” was among these thoughts.

He chose to inform me about the exposure of bare breasts in this public place because of a long, complicated series of social expectations that includes masculine folks “bro-ing up” with other masculine folks. Since I am male-presenting, he assumed I’d be just the person to talk to. I look like a man, so that must mean I like women, which must mean that gawking at women is in my arsenal of Sunday evening activities. No matter what thought process he went through precisely, the assumptions made about me were evident.

What this person did not know was that I have titties, too.

I have “titties” because I was born with a genetic predisposition to produce more estrogen than testosterone. This sounds clinical, but it really just means I’m a transgender man. I appear male to most people externally, but when you remove my shirt, you will not find a very chiseled upper body you’d associate with men (all lack of exercise jokes aside). I have nice shoulders, I guess. But I definitely have curves and I have some fat behind my nipples, and they appear breast-like.

What most people envision with (topless) feminist protests like the one in August is cisgender women in some sort of celebratory “Girls Gone Wild” scenario, but in the great outdoors on a lovely summer evening. I’m not saying anything new here, but an event like this one is an invitation for women to free themselves and make a statement about what it is to be a woman in this country, where pectoral muscles are harmless and breasts are heavily and outrageously sexualized. (Cisgender) men have a place in a protest like this as allies (the men were instructed on social media to wear bikinis or similar garments to hide their nipples), but I think it is safe the say that most men present at an event like this one are exposing their social training in being misogynist jerks.

What this man at the park also doesn’t know is that, as a feminist and ally to women around me, I had ideas of attending this protest topless, but I did not for a whole host of reasons. Legally I am registered as a man, but I could not go out into public shirtless without tarnishing the first impressions I tend to receive from strangers that I’m a man.

Taking these realities for myself into consideration, it is encouraging that the title for the Go Topless feminist protest Facebook event named trans people as people the organizers were hoping would participate.

The Facebook event has since been deleted after writing the original draft of this article—and the hosts have deleted or hidden their Facebook accounts—but the official Facebook topless protest event said in the title, as copied directly, “Inclusive solidarity for Black women/trans*.” In the event’s description on Facebook, it read, “I want to create special invitation to another minority group within our feminist movement and that have a movement all their own that faces great disparity. Topless solidarity for Black women/trans* Black women; we wish to represent all of our women….”

From the outset, there’s an urge to include women of color as if they haven’t already been at the forefront of feminist movements since the beginning. My first criticism of this Facebook event is that it is attempting to reach out to women of color when it should be reaching with them. As the article I just cited suggests, it is perhaps the white women who “need to figure out how to be worthy of inclusion in feminism.”

My second point of contention is that there’s an asterisk next to the word “trans.” Trans with an asterisk is a loaded term, one generally rejected by people who actually identify as trans. This history behind that tiny asterisk will take too long to explain here, but to summarize briefly: cisgender people bestowed the asterisk upon trans communities, and that little appearingly harmless star is seen also as a way of dividing people within the trans communities. Use of this asterisk does not show intentional exclusion but shows evidence of sincere ignorance about trans people and trans identities.

We absolutely do need more resources dedicated to transgender women. There have been 20 women killed so far in the United States alone for being trans in 2015, many of them trans women of color. The Facebook title is a good step to reach out to trans women, but my issue with it is that it unnecessarily neglects other trans people when it does not need to.

There are many trans people who identify as genderqueer, and their bodies are also judged and mistreated. They may have grown breasts over their lifetime, but that doesn’t mean they identify as women. Shouldn’t their nipples be free as well? Is this “gender equality” only for two genders? And of course, I wouldn’t be doing my job as a transgender male writer without adding that there are a number of men in the Twin Cities who also have boobs and cannot walk around shirtless, who have been conditioned to despise their bodies.

What this event tells me is that it made an effort to reach out to marginalized people, making strives to set aside white feminism for a more inclusive feminism, but did not do so with the greatest efficacy. I give them props for what they have done thus far, but even in the title of a Facebook event, wording is everything.

It was not just I who noticed some room for improvement in a feminist movement protest like this one. LGBTQIA organizers gathered online in an effort to create a trans-inclusive topless protest space. Excited to hear how it went, I contacted the Facebook host, only to see this person canceled the event because nobody showed up to the meeting. Does this show a lack of good marketing on the organizers’ part, or is this part of a greater systemic issue that does not very well support feminism unless it is cisgender and white?

But the Go Topless rally wasn’t the only feminist-minded civil action going on in the Twin Cities. The SlutWalk  event on Oct. 3 also made an attempt to be racially and gender-inclusive. Its organizers seem to be aware of SlutWalk’s complicated and exceptionally non-inclusive past, particularly in New York. Minneapolis was to be different than New York, at least according its mission statement:

We will expect our SlutWalk participants to be respectful of all our Walkers. All diverse groups are welcome here. If you don’t feel yourself represented by SlutWalk Minneapolis, give us a shout! We want to acknowledge you.

There are many concerns about this Walk. We welcome any comments and suggestions that will make this Walk as inclusive and welcoming as possible. Please read our blog to see what we are about before making assumptions about this Walk.

In NYC, when one protester held up the infamous sign, “Women are the n—— of the world,” it drew attention to how (cis) (white) feminists doing good work in working to abolish rape culture can also be oblivious, ambivalent or downright unmoved by the oppression against other identities. Hundreds of white people saw that sign before a woman of color asked the protester to take it down. As many have said before me, it is not the sole job of people of color to call out oppression against people of color.

In a space that has a duty to work to abolish rape culture for more than just white women, it is a larger, more meaningful task than merely writing an inclusive mission statement.

As I already mentioned in the case of the topless protest, words are important. The language we use to even title an event on Facebook can make a difference on whether your event is ‘inclusive or not.’ The SlutWalk Minneapolis mission statement is quick to give us evidence they planned to be different this time; this is a Walk for all. But it is more than just the mission statement. It is more than the title of the event on social media. It’s about an understanding that white feminists must understand their privilege in a system where they are also oppressed. Although I am transgender, I am also white. Although I suffer from mental illness, I am male. Although (and perhaps because) I am college educated, I sometimes do not eat because I cannot afford it.

Keeping privilege in mind while creating a space for “all” (“The Walk is inclusive to all. Period.”) is the only way we are going to get anywhere—and that doesn’t just apply to white, progressive feminist organizers, either. It’s on participants of all levels of feminist leadership to actively advocate for one another in Walks and topless protests alike.