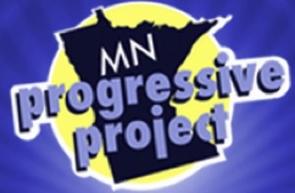 Before she was in Congress, Michele Bachmann was a state senator, and before that, pertinent to the title of this post, she was on her local school board. The fact I don’t have to explain who she is might demonstrate the importance of that one school board race.

It might appear at this point that the importance of local races is stopping crazy people from getting their start in elective office. Not that I’m saying everyone in local elective office is crazy. Just the Republicans. Yes, that’s an overgeneralization. Not all are Bachmann-wannabes. Local offices are, however, the primary bench for candidates for higher office. My impression, which I hope is wrong, is that Republicans are well aware of this while Democrats largely ignore local offices. I mean that in terms of turning out on election day, researching candidates prior to seeing their names on a ballot, and of course in actually running for office. It’s too late to do anything about the last one for 2014, but there’s still time for the first two. We concede these races to Republicans at our peril, as they get to build a bench of people with electoral office while us, not so much.

That’s without even thinking about how local officials do their jobs and affect our lives, apart from their future electoral possibilities. They don’t get national media coverage, much, but when they do, it highlights the effect they can have; the school board in Jefferson County, Colorado, for example. Think the Democrats and independents who skipped last year’s election regret it now? Know how often this happens and we never hear about it? Me neither.

And just to not overlook the obvious, Ferguson, MO: a mostly black and Democratic city, a mostly white and Republican city council, and really low turnout in local elections. Though not equally low across partisan and demographic groups. Think that might explain some things?

Then there’s the effect of the explosion of dark money. We worry about the presidency and Congress being bought, but I’m thinking we saw in 2012 that there’s a limit to how much spending in a presidential race does any good, and I’m skeptical about its benefits beyond a certain point in US Senate races too, but down the ballot is different. It takes little money to swamp a local race. I’m thinking of that referendum in Columbus, Ohio, to raise local taxes to fund the Columbus Zoo. It failed when supporters were surprised and grossly outspent by Koch brothers money, which was used to tell voters their taxes would double when the actual increase was something like 1%. The referendum failed because the Kochs, despite having no connection, just felt ideologically offended and saw a chance to beat a tax increase with a bit of money and a bit of lying, and that was in a big city. Think of the anecdotes you’ve heard of some mayor getting on getting on the bad side of some special interest, and the low spending local race is suddenly hit with massive outside money, like Richmond, CA, where the mayor has $22,000 while his opponent has $1.3 million, courtesy of Chevron:

We’re having a hotly contested race the two at-large school board seats in Minneapolis and it’s drawn a little national attention for the fight over, depending on how you view it, expanding charter schools or privatizing public education. It’s again the exception that proves the rule, because what was the last Minneapolis election to get any national media? There was laughter at our 2013 mayoral race because our combination of an open seat and a $20 filing fee drew in 30-something candidates, but otherwise, that’s it for attention. And that’s in a city the size of Minneapolis. The only time I can recall St. Paul’s elections being noticed was when nominally DFL Mayor Randy Kelly endorsed George Bush in 2004, so some national media were watching as he got blown out in 2005. Those are the only instances I know of for cities the size of Minneapolis and St. Paul, so how much can we count on the media telling us about our own local races?

The answer is “not much”.

I suppose I’m suggesting — pleading — read the local newspaper. Yes I know, the web site might be little more than information on how to subscribe to the print edition. Subscribe then, because that’s likely the only media you’re going to get which might cover local elections. Go to forums. Look up candidate web sites. Think of something to ask when they knock on your door. It should be enough incentive that picking the right people might decide whether the city council works on street repair or Ten Commandments monuments, but you’re also the first filter for the nuts. Beat them for mayor or town council or county board (or state legislature, which is arguably local), and the odds are we’ll never have to face them for Congress or governor.

I know it’s asking a lot to ask that you run for these offices; after all, there’s the risk you could win and have to do the job. But if we want to beat the local tea partiers and dittoheads, somebody has to run. Speaking of tea partiers, this year’s MNGOP gubernatorial candidate, Hennepin County Commissioner Jeff Johnson, was reelected in 2012 without an opponent. The instant I learned that was the instant I knew he was running for governor, or at least something statewide. Admittedly I guessed that not just because he was running opposed, but also because I knew he had been the MNGOP nominee for state attorney general in 2006, making his statewide ambitions clear; then again, all the more reason for someone to stick their name on the ballot and give him at least a token challenge. Who knows, someone seeking a way to beat him, someone researching him, testing attacks, debating him, might have exposed some weakness insufficient to defeat him for reelection, but enough to give Mark Dayton another advantage this year. I know, Dayton seems to be winning handily, but we didn’t know he’d have a solid lead, did we? And a bigger lead is better, right?

Quick, what do you know about the Hennepin County sheriff race prior to clicking this link? I’d assume you know nothing if you don’t live here, but having in the last few days run into DFLers who live here and didn’t know, I’m guessing some of you who do live here still had to click the link. So I’m making an appeal to any Hennepin County residents reading this. Do you realize our roughly 1,200,000 population means more than one in five Minnesotans live here? Anybody who wins a county-wide race here has already won among more than one-fifth of the state. They’ve won among a population bigger than a bunch of states. Our county commissioners represent the equivalent of a touch under four state house districts or two senate districts. That means anyone we elect is immediately a legitimate candidate for statewide offices.

Just above I used the example of Jeff Johnson. Likewise a sheriff of ours, having won in such a large portion of the state, will be taken seriously running for something else. Not that Rich Stanek has indicated interest in running for higher office, and DFL challenger Eddie Frizell is a career police officer, but in the abstract, the winner could run credibly for something else. Our county attorneys do actually go for higher office. Current attorney Mike Freeman left the office once to run for governor, and his successor was Amy Klobuchar, who left to run successfully for US Senate. So really even more than other Minnesotans, we have a responsibility to watch our county races.

It might be fun to point out other interesting local races, but I just don’t know about them. That’s one of my points. This requires local knowledge. I know about the Hennepin County and Minneapolis races not from the national or state media, but because I live here and pay attention. So I know about Eddie Frizell for sheriff (see how I cleverly linked to his web site so you can research him yourself?), I know County Commissioner Peter McLaughlin is running against one of the token candidates from last year’s mayoral race, Minneapolis has two charter amendments, and I knew about the Minneapolis at-large school board race before the media attention. By the way, for you Minneapolis residents, Iris Altamirano and incumbent board member Rebecca Gagnon are the DFL endorsees. The other serious candidate is Don Samuels, who got a small percentage of the vote when he ran for mayor last year, which he did because his ward was unlikely to reelect him to city council in the opinion of some people in his ward, so I guess he’s going for whatever is there.

Anyone who knows of an interesting local race, or just some race where you wish the voters would take notice before someone really awful gets in, or someone really good doesn’t get in, feel free to comment. Even that tiny bit of attention might matter.