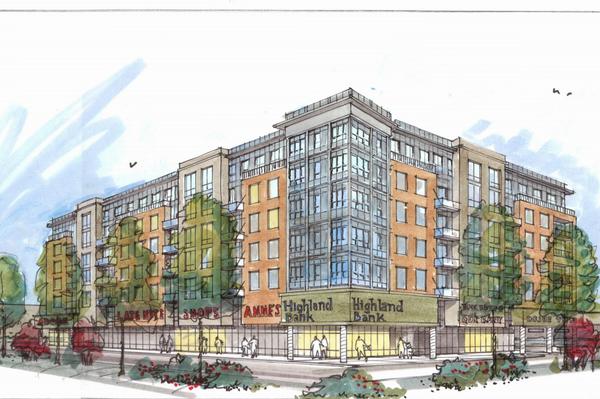 There is a small war going on in America’s second-ring suburbs.

As many places cautiously emerge out of the housing recession, the uptick in new development has been at odds with concerned citizens, elected officials, developers and long-range community plans. Aging suburbia is going through an identity crisis. The only word that comes to mind: bipolar.

To best describe what is going on countrywide, I’m going to use an example in my backyard: the Minneapolis suburb of Minnetonka (not the lake). It’s a well-to-do middle-class community that has expensive, moderate, and cheap suburban living. As far as suburbs go, it has a surprising range of housing price points.

The suburb had it’s largest growth during the 1970s, when its population jumped 43 percent; and again in the 1990s with a 25 percent gain. I only bring this up so you can paint a mental picture of cul-de-sacs of split levels and starter mansions with wooded lots. Add in a regional mall and interstate extension to complete the image.

These suburbs would like to grow their tax base, but they haven’t much additional land to grow outwards. All new growth must go upwards. It is this dynamic that has longtime residents at odds with the future non-existent residents.

Here is a proposed development that will knock down a 1980s bank and replace it with a suburban retrofit mixed-use building on a parcel that sits adjacent a dying shopping mall with hundreds of acres of empty parking. 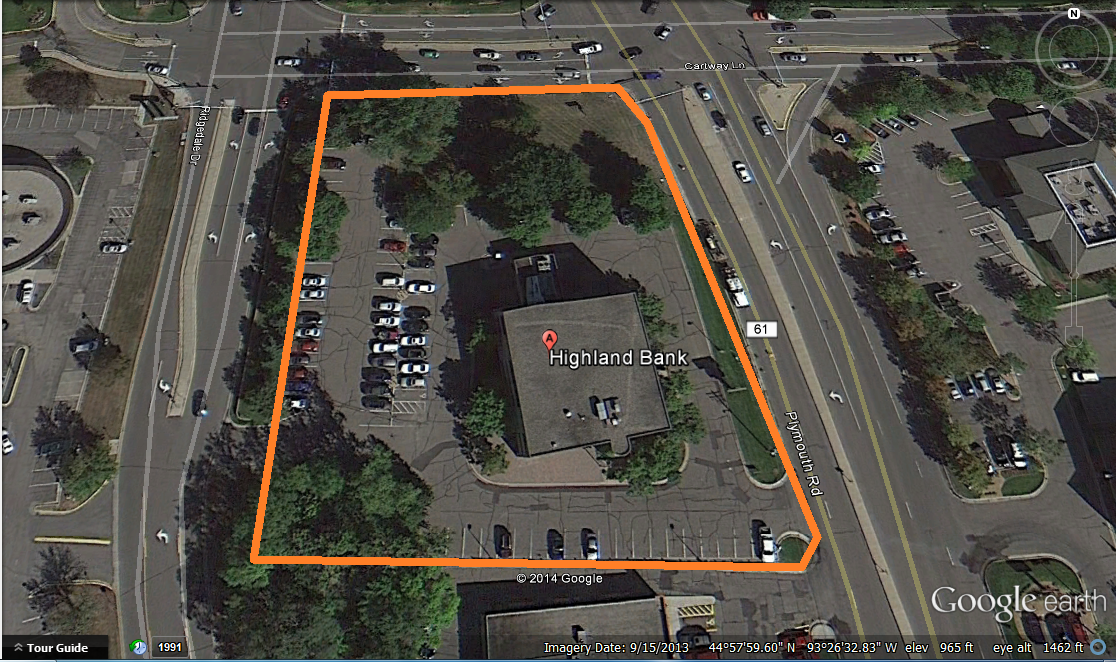 The mall and adjacent commercial area are the defacto “downtown” of Minnetonka. It currently looks like what you’d expect it to look like. 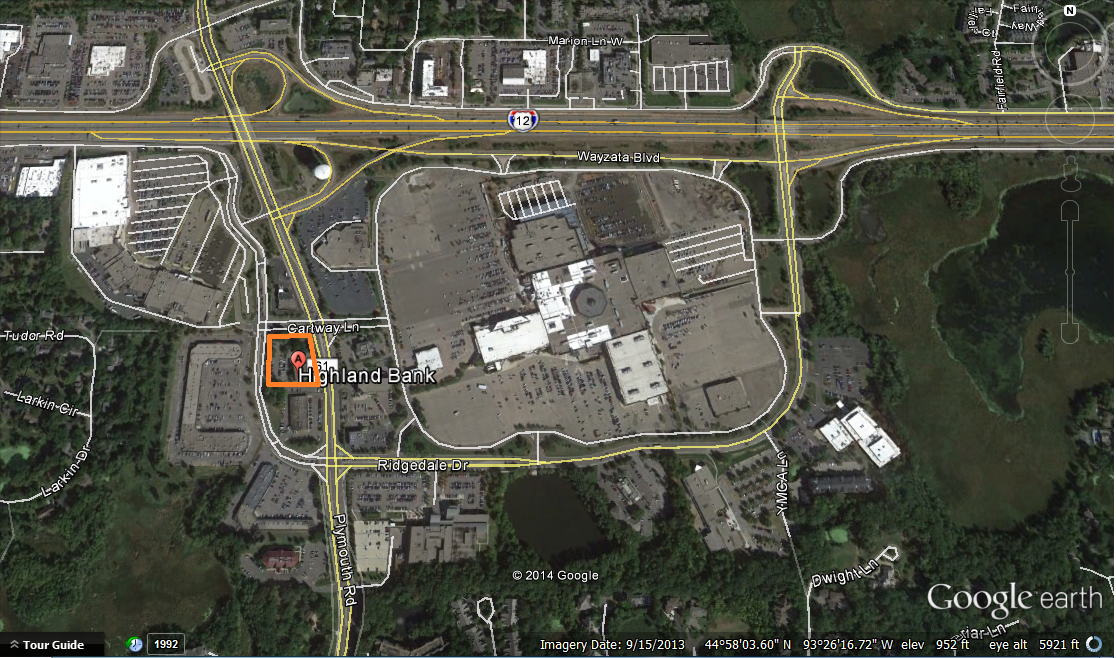 The proposed redevelopment fits the spirit of the community’s 2035 visioning plan that calls to transform the retail center into a vibrant, mixed use community with improved pedestrian connections. Here’s a snapshot of what the developer is proposing:

The decision to approve the building came down to a close vote. Unfortunately the Council voted against it. Instead, they voted for the wishes of existing residents. Concerns ranged from added traffic, increased density, more difficulty finding parking, and not fitting the community character. One concerned citizen was quoted as saying, “I was relieved they didn’t vote for a project that doesn’t fit the core Minnetonka values.”

Many are rolling their eyes now (if you’d like to continue rolling your eyes, read this Letter to the Editor).The objections are classic NIMBY claims. However, please consider that the citizens aren’t necessarily wrong. Developments like these will change the community’s character. But, is changing the character of a stagnating suburban strip mall corridor such a bad thing?

It struck aging suburban communities in the mid 2000s that they needed some type of mixed use center. Planners, city officials, and neighborhood groups spent the following years hashing out plans. These were often long, frustrating meetings, but alas, in the end, democracy favored those who showed up.

Countless hundreds of hours were spent at countless meetings creating plans that, at the time, had little market viability. They were pie-in-the-sky ideas. Fast-forward a decade and things have changed. The market is going after pent up demand for urbanism. Now, we have the same type of people who were originally involved in the visioning process who are now opposing the very type of development they sought.

When suburbs need to put their money where their mouth is, they often get skittish. Its sad because it’s a real waste of everyone’s time when our city plans and market say yes, but the neighbors say no.

Suburbia is designed for the automobile and this development controversy is case-and-point why that is such a bad thing for growth. The nearest single-family home to the development is approximately 950 feet (about three football fields). Yet, there is literally no way to directly get to the development. 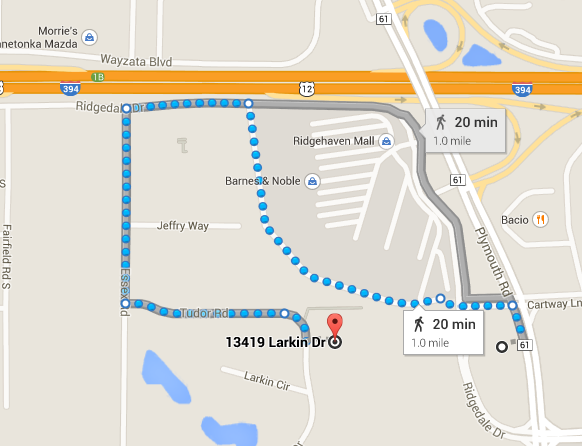 As a direct result of suburban design, 900 feet translates into a 1 mile walk along an interstate frontage road with no sidewalk (no joke). This means that traffic and parking will be an issue if this person ever wants to enjoy the added amenities (which include a restaurant and coffee shop).

The disconnecting nature of suburban design takes something that should to be a benefit and turns it into a headache. There is a big difference between a three minute walk and a one mile drive, and your relationship with that place changes as a result. In a way, I don’t fault particular neighbors for opposing it. It might be tougher to find a parking spot. And, even if traffic won’t be affected, why take the chance? You live in the suburbs and your commute is bad enough as it is.

Suburban retrofits might be the only long-term financially-viable options for aging suburbs. These places often cover a huge land mass, have lots of roadways and sewer pipes, and not a lot of population density to help pay for it. Minnetonka, for example, has a land mass half the size of its neighbor Minneapolis. Yet, its population is approximately 8 times less.

Most of Minnetonka’s infrastructure is around 30 to 50 years old, and those sewer pipes aren’t going to last forever. They’ll need people to pay for it somehow; and time has shown that drastically increasing property tax rates is politically difficult.

I like to ask the question: If not this, then what?

Aging suburbia is going through an identity crisis. It’s bipolar. Existing residents would like the place to stay much the same. New residents, including those who don’t live there yet, are demanding something else. The problem is that these places can’t continue to stay the same. Yet, the change is too difficult for many to swallow. This is why the default for most suburbs is decline. Growth isn’t built into their DNA.

For those living deep in the suburban pattern, new development doesn’t make your life better. Nearly the entire housing stock of second-ring suburbs is designed in a way that the lack of development is the best option. If a home’s ideal is to be disconnected, then anything near it – whether good or bad – that isn’t nature is taking away from that aesthetic.

Herein lies one of the biggest faults of suburbia: it’s not designed to change. In mature cities, as land values increased, the intensity of development would follow. That’s why downtown Minneapolis, which once had single family homes, now has blocks of towering skyscrapers. This is change that needs to occur.

The harsh reality is that these places will have to change or face an impending decline. Many first-ring suburbs, such as St. Louis Park, have decided to grow upwards. Will the second-ring follow suit?