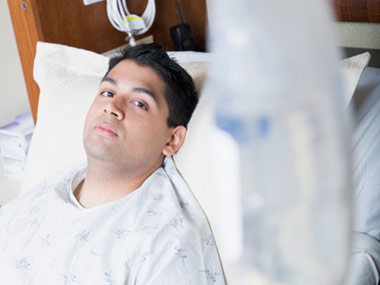 During the height of the campaign, President Obama declared in an interview that, “I’ll get immigration reform done next year.” He astutely predicted that his election would partially be won on immigration reform. Now with Obama’s re-election and the New Year here, it is important to examine the inextricable link between legal immigration and health care insurance rates.

Legal immigrants, typically classified as non-citizens, face many challenges in obtaining health insurance. Non-citizens are those that have entered this country legally, but for a variety of reasons do not yet qualify for citizenship. These non-citizens are refugees, foreign students, high-tech workers, and our friends. Before my best friend recently attained citizenship, he was a non-citizen proudly serving in our armed forces.

The health insurance problems for this growing segment of our population plays a central role in the health care debate. Foreign-born workers have accounted for 50 percent of total growth in the labor force since 1994. Non-citizens currently account for seven percent of the total population. According to Yuriy Pylypchuk, writing for the Journal of Health Economics, immigrants are more than twice as probable to be uninsured than citizens. According to the California HealthCare Foundation, nearly forty-seven percent of all non-citizens lack health insurance in the United States. In California alone, millions of uninsured are a result non-citizens who lack access to affordable health insurance. This strains resources on local governments and states across the country.

Fortunately, Minnesota has one of the highest rates of citizenship in the country. Only four percent of Minnesotans are not citizens. In comparison, approximately fifteen percent of California’s population is does not hold citizenship status. However, providing health services to this population has presented challenges. In the last budget negotiations, the Emergency Medical Assistance program was cut by a third. This resulted in thousands of non-citizen Minnesotans being denied coverage except in emergency room visits. Tragically, Minnesotans such as comatose Kee Vang, 34 years old, lost state health coverage which amounted to $81,000 dollars a year for his treatment. In his case, the costs were shifted to the nursing home. Non-citizens do not have access to the same federal funds as citizens and are more reliant on state assistance.

As a result of tragedies such as, Governor Dayton signed legislation which restored millions to the program last May. Yet, this issue still poses a challenge for policymakers locally and federally. Cooperation is necessary between the states and federal government. Intergovernmentalism is a central pillar of American democracy. President Obama needs to sign comprehensive immigration legislation which includes federal grants to the states to help provide insurance to low-income non-citizens. Furthermore, state government needs to learn from its recent mistake. Balancing the budget by eliminating programs for low-income non-citizens is not a way to create a better Minnesota. Non-citizens provide America with skills, culture and services that we would otherwise lack.