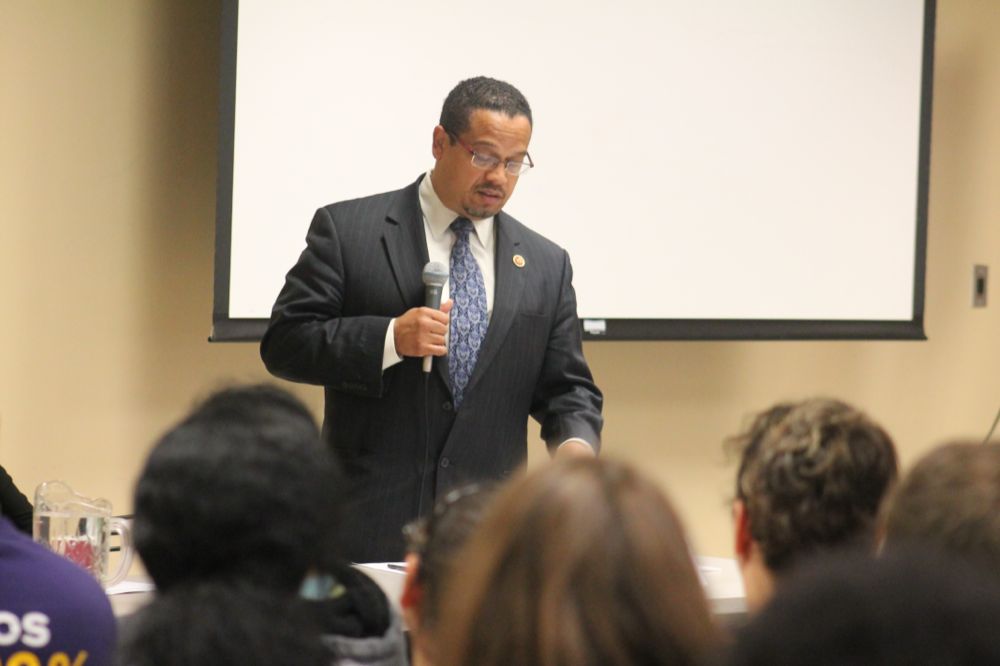 When Congressman Keith Ellison invited Minnesotans to hear his explanation of his proposed “Strengthening Refugee Resettlement Act” as part of the ongoing immigration reform discussions, over a hundred people joined him at the Minneapolis Urban League in north Minneapolis on May 28.

Many were eager to hear how the bill will help prospective immigrants and those who are already in the United States.

Ellison said the bill will offer English language classes and job training for refugees while they are still in programs in abroad. It will also allow refugees to enter the United States as permanent residents, instead of waiting for months or years — depending on the status of the refugee — in America to get their green cards.

“This bill makes sure refugee families have the resources they need to be self-sufficient as quickly as possible,” Ellison said.

With Congress discussing comprehensive immigration reform, Ellison reiterated his support for immigration reform, drawing on a personal story about why the reform is significant to him. He talked about two brothers, who were close friends of his children.

“I didn’t know that their father was picked up by ICE [Immigration and Customs Enforcement] and battling deportation,” Ellison said. “These kids are like my nephews. And yet, because their father didn’t have the documents, they try to send him to Mexico, and here we don’t even know it.”

Ellison added: “I am a very strong advocate of immigration reform. I believe we must have a pathway to citizenship. We must have young people graduate from Minnesota high schools and be able to meet their goals in life.”

Questions from the audience

After the presentation, scores of people took their questions to the microphone.

Tearful Abdikani Ali and his mother Asha Ali were some of the people with immediate legal concerns.

Abdikani Ali asked Ellison how he could help his younger brother, who has been detained for a year and a half.

His brother, who came to the United States 13 years ago, served time in prison. When he was released, ICE detained him and said he was being deported to Somalia.

“Whenever we call them, they say we’re working on his travel document. Is it fair to keep someone that long?” Abdikani Ali asked Ellison.

His mother, who doesn’t speak English, stood alongside him as she buried her face in the blue hijab she wore, weeping in silence.

“I totally respect the government. But my mother has been crying every night for the past year and half … She has headache … It’s not fair to keep someone detained for that long, not deporting or releasing him. That’s totally unjust.”

Other people asked questions on whether the bill would consider reducing the waiting period for people with permanent residence to apply for citizenship.

Ellison said the bill is not much concerned about the expediting path to citizenship for the already lawful residents in the United States, but rather, those who were in the country illegally.

Between 1999 and 2007, more than 34, 000 immigrants resettled in Minnesota. Minnesota is home to the largest Somali population in the United States, with census estimates ranging from 29,000 to 36,000, though many Somali community members feel the number is larger.