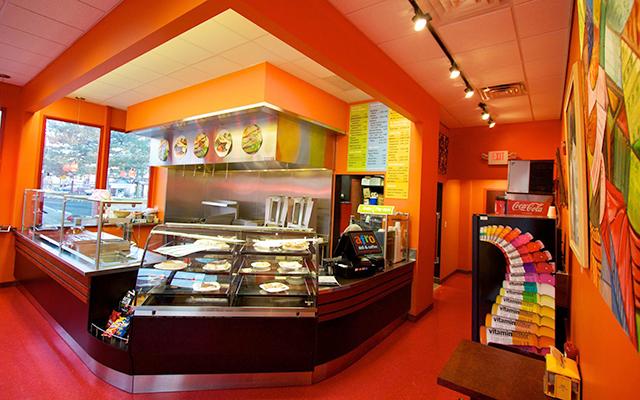 The stream of the diverse immigrant communities to Minnesota has led to a rapid growth of the state’s economy and population over the past 13 years, according to a new study, “Immigrant Contributions to Minnesota’s Economy.”

“Minnesota’s immigration story is one that is being played out across the nation – that immigrants are a driving force behind the state’s economic recovery and success,” said John Feinblatt, chairman of the Partnership for a New American Economy.

Immigrants generated more than $1 billion in state and local taxes in 2013, covering public service bills throughout the state, said the study, released in October. The purchasing power of foreign-born Minnesotans reached more than $7.7 billion last year.

Through their wages and earnings, immigrants also generated more than $1.5 billion in Social Security and Medicare that year. In 2012, they contributed more than $22.4 billion to state’s GDP.

Abdirahman Kahin, owner and operator of Afro Deli and Catering in Minneapolis, applauded the study for highlighting the contributions his immigrant community is making.

It’s important that Minnesotans learn about the success stories of immigrants and their economic contributions, Kahin said Sunday. “We’re not only here [to make a living] — We’re here to contribute.”

His Afro Deli’s new twin restaurant will open January in St. Paul. “Minnesota is one of the best places to start a business and to thrive,” he said. “When it comes to a space, when it comes to customers, Minnesota is a good place for immigrants.”

Since 1990, the number of immigrant employees in Minnesota increased from about 53,000 to 230,000, according to another report, “The Economic Contributions of Immigrants in Minnesota.”

Employment sectors that commonly hire immigrants in large numbers include manufacturing as well as education and health services — and they bridge critical workforce gaps, stated the study.

More than one in every five employees in the manufacturing industry was an immigrant in 2012, the study said. In the education and health industry that year, they made up one in every four employees.

The report added that immigrant workers bring a wealth of skills and education to the state’s workforce and economy. “They are more likely to be highly educated or to have minimal formal education than native workers,” said the report. Nearly 15 percent of immigrants had college degrees last year, compared to 10.5 percent of Minnesota’s native residents.

Immigrants also play a significant role in increasing and maintaining the housing values in the state, the study sated: “In some parts of the state, most notably the Hennepin County area around Minneapolis, the value of the average home rose by more than $2,000 between 2008 and 2012 due solely to the arrival of immigrants. In other areas that saw an outflow of immigrants, housing values fell by more than $1,200 during that period, compounding the impact of the financial crisis.”

The stream of immigrants — who are predominantly of working age — in Minnesota is essential for the state’s economic and population growth, the study said, especially with the large number of baby boomers set to retire each year.

Immigrants and children of immigrants founded almost 40 percent of Minnesota’s Fortune 500 companies. Minnesota is a home to 18 Fortune firms, including 3M, Medtronic and Hormel Foods, which employ more than 264,000 people worldwide — generating more than $100 billion in revenues each year.

Minnesota’s foreign-born population accounts for about 7 percent — many of whom have been forced out of their native countries by conflicts and political unrest. Others come here in search of economic opportunities and family reunification.

The United States is a home to 40.4 million immigrants, with more than 11 million undocumented, according to the Pew Research Center.