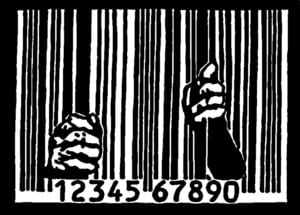 Yesterday at the Minnesota Independent, editor Jon Collins broke the news that the Corrections Corporation of America’s private prison in Appleton, shuttered for want of business from the state of Minnesota, may reopen.

It’s been almost two years since the privately-run prison in Appleton has held prisoners. But in early 2012, the prison’s owner, Corrections Corporation of America (CCA), expects to fill Appleton’s Prairie Correctional Facility and another facility in Colorado with 3,256 inmates from California.

In the last ten years, the revenue of CCA, the country’s biggest private prison company, has almost doubled, according to their annual reports. Critics say that CCA’s success, and even the likely reopening of the prison in Appleton, stems from their use of lobbying and campaign donations to push through tougher crime laws and increase detainment of illegal immigrants.

“Prison privatization contracts are designed by policy makers. It’s important for these companies to have a political strategy to increase their market share,” Paul Ashton, author of a recent report on private prisons for the Justice Policy Institute, said in a conference call Wednesday. Private prison companies “game the system,” he said, by pushing to increase market share, which in the private prison business means putting more people in prison.

The Appleton facility is in DFLer Andrew Falk’s House district and Gary Kubly’s Senate District. When the state began transferring inmates from the private Prairie Correctional Facility to the less-costly public facility in Faribault, the Morris Sun reported that both legislators went to bat for the jobs the corporation provided:

“Devastating’’ is how Appleton Mayor Ron Ronning, himself an employee of the private prison, described the consequences to his community should the facility be closed or mothballed. The mayor was among well over 120 people, most of them employees of the facility, who packed the Appleton Civic Center on Friday morning for a town meeting hosted by State Sen. Gary Kubly, DFL-Granite Falls, and State Rep. Andrew Falk, DFL-Murdock.

Mayor Ronning said he feared that Appleton and the surrounding rural area could see a major exodus of jobs and suffer the economic strife that gripped it during the farm crisis of the 1980s, when businesses shuttered their windows and homes were left vacant.

So what’s the problem with re-opening the prison and putting people in Appleton back to work? Back to the Collins’ report. Go read about the influence of private money on public justice. And there’s also this:

One thousand seven hundred fifty miles from L.A. to Appleton
CCA and other private prison companies are doing very well. In 2010, CCA saw total revenue of $1.67 billion, according to CCA’s annual report. But there is a human cost to the industry too.

Amy Gottlieb of the American Friends Service Committee told the Minnesota Independent that prisoners transferred to other states often face both emotional and legal hurdles.

According to CCA’s website, one of the benefits of out-of-state inmate management is that the company will “[a]dhere to state-specific policies and procedures, as well as hundreds of standards set by the American Correctional Association and our company.”

But the fact that prisoners, including detained immigrants in some federal facilities, are being held in the less accountable private facilities is of concern to advocates like Gottlieb.

“We have seen over and over again that the private prison lobby is extremely powerful and they have deep connections to a lot of politicians and get a lot of federal contracts,” Gottlieb said. “That creates very serious concerns when what we are really talking about here are human rights and human rights violations.”

The Cuentame community told the story via the powerful video, “Immigrants for Sale”:

I’ve praised both Kubly and Falk in the past on Bluestem, but won’t hesitate to cry foul if either cheers this development by CCA.  Opening the prison for detainees would only feed the human supply chain for private profit that was at the core of SB1070–and copycat bills like ALEC zombie legislator Steve Drazkowski’s own HB3830.

Rural Minnesota needs jobs, but profiting from human trafficking isn’t the way to do it.

Note: Currently in Minnesota, ICE detainees are held in county jails that the Department of Homeland Security contracts with for detention services.