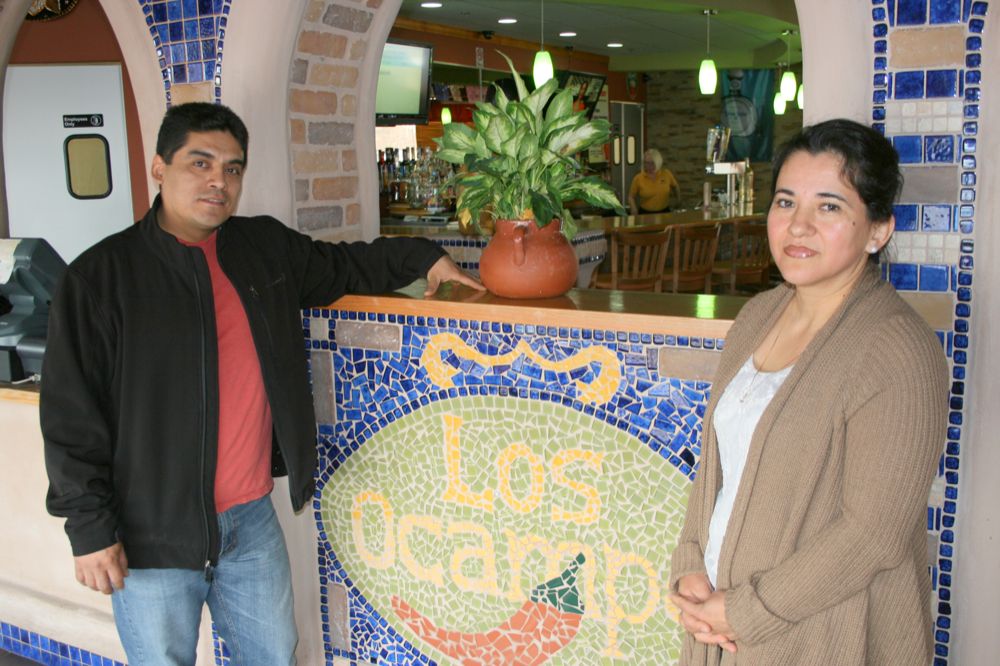 Armando Ocampo calls himself “an optimist, someone who’s always looking forward.” His wife, Lilia Zagal, “has more new ideas every day.” Together, the two have opened four Los Ocampo taquerias and one full-service restaurant in rapid succession since 1999, shortly after emigrating from Tejalpa, a small village in the state of Morelos, Mexico. John Flory, special projects director at the Latino Economic Development Center, says he’s watched the couple’s business venture blossom into one of the biggest, yet largely unrecognized local immigrant success stories.

In Mexico, Armando worked at a Nissan factory and drove a cab. That’s what he did until Lilia suggested they go into business for themselves and open a store. The couple started a small gift shop, catering to women. To purchase goods, Armando made regular trips to Mexico City, two-and-a-half hours away. The store proved so successful that others copied it, which eventually meant fewer sales for them. From that experience, Armando learned that owning a business is a lot of hard work. Still, their maiden venture had a long run, lasting ten years.

Seeking better opportunities and a more robust economy, Armando moved to the United States in 1996. Minnesota was his destination because Lilia had family here, including an uncle in South St. Paul, where Armando would stay. He immediately began taking different jobs. Over time, he would work in construction, as a truck driver, and make pizzas, first at Pizza Hut, and later Green Mill.

Lilia arrived two years later, in 1998. “Before everything,” says her husband, “she was working on a smaller version of Los Ocampo back in Mexico,” making tortillas by hand, along with other traditional foods. In the United States, Lilia would take a job at Green Mill, and Armando would follow suit. In time, he would become an assistant manager for the local chain, and learn a few things about running a restaurant.

It was while Armando was driving a truck across the Upper Midwest that Lilia decided they should open a taqueria. What the Twin Cities lacked, the couple had noticed, was authentic Mexican food of the type they’d prepared and eaten in Mexico. At that point, Lilia’s cousin Miguel, who owns Taqueria La Hacienda, introduced them to John Flory.

Flory has a vivid memory of his first meeting with Armando and Lilia. He remembers sitting at their kitchen table—along with Juan Linares, a co-founder of Mercado Central with Flory—talking about their plans, while sampling the kinds of foods they hoped to serve at their restaurant. One result of the exchange was that Armando enrolled in a small business training course. He says that this was an essential first step, after discovering how different running a business is here than in Mexico. “Here there are rules for everything,” he says, before reeling off a long list. Soon, the search began for the right location to open the first taqueria. It was a search that took at least two-and-a-half years.

Mercado Central was the couple’s first choice, but Flory says that all of the spaces there were taken, and the competition to get in was stiff. Because Armando and Lilia lived on St. Paul’s East Side, their next hope was to find a spot in Plaza Latina, a mini-mall on Payne Avenue. During the planning phase it sounded like this would be St. Paul’s version of Mercado Central, with lots of space for eateries, but its owner decided he didn’t want the expense of providing kitchens. That has since begun to change. 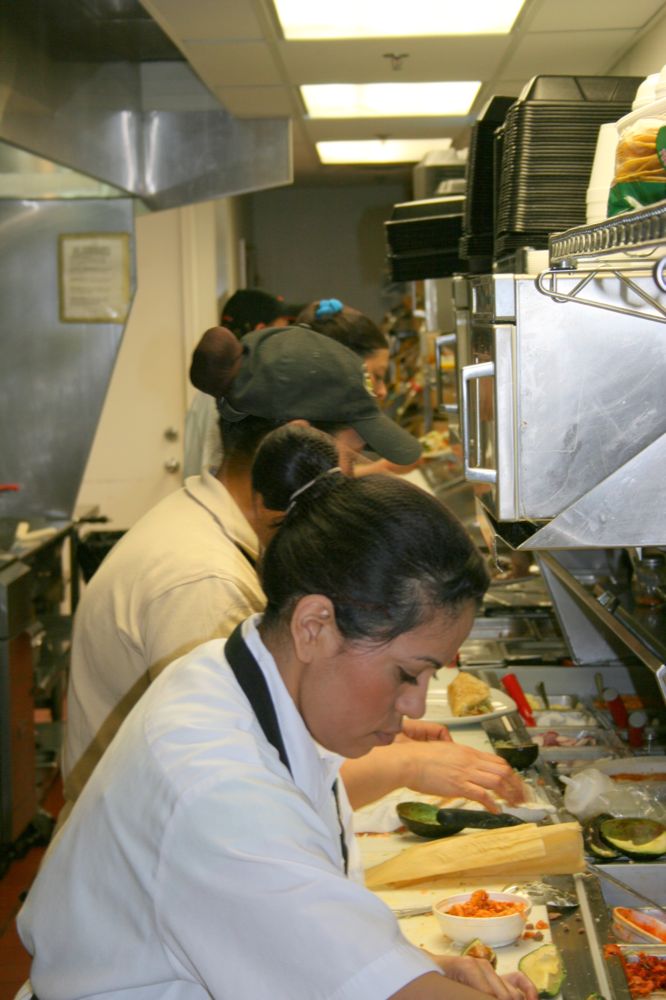 Eventually, the two settled on a space at Lake Plaza, west of Mercado Central on Lake Street. “We were so lucky,” Armando says. “We liked the owner, Basim Sabri (a Palestinian immigrant), and he liked us.” The Metropolitan Consortium of Community Developers (MCCD)—or Minneapolis Consortium, as it was then called—helped with a loan.

That was in 2003. Lilia was pregnant at the time, but the couple moved forward and launched the business. She worked the first three months, had the baby, and soon returned. Armando kept his job, driving a truck, until the couple felt more confident the business would succeed. “The first two months were so quiet,” he recalls, “and sales didn’t pick up.” They were concerned.

It wasn’t too long before things turned around. “In the first year the business went from zero to through the roof,” Armando says. When asked to explain, the couple agrees: “It was the food.” Los Ocampo offered fare that no one else did. Armando says that 90 percent of their clientele at Lake Plaza was and remains Latino. The food they serve is, “what you’d find on a street corner in our village.” The response was gratifying to Lilia and Armando. Less pleasing was that neighboring vendors noticed Los Ocampo’s long lines and altered what they offered. Competition took a bite out of their sales.

A Vision of Sharing Traditional Mexican Fare with a Diverse Clientele

From the start, one of the couple’s goals was to expand their clientele and share their style of cooking with people who were unfamiliar with it. In 2004, just one year after opening the first Los Ocampo, they opened a second shop, this one on Arcade, off of East 7th Street, in St. Paul. Armando says that business there is 50 percent Latino, 50 percent Anglo. Because there’s little competition nearby, sales have remained consistently strong at that location.

Aware of Los Ocampo’s success in its first two locations, LEDC and the Neighborhood Development Center (NDC) approached Armando and Lilia about opening a third store, this one in Midtown Global Market. The couple knew that this could be a perfect opportunity to introduce their food to an Anglo clientele, so, in 2006 they opened store number three. Business was good right from the start and has increased over time. Because of how Global Market is managed, Armando says, there was less risk of copycat competition. Opening there required a loan from Anchor Bank.

A fourth taqueria, opened at Chicago and Lake in September 2007, has proven to be the biggest surprise of all, not just to Armando and Lilia, but to Flory as well. Part of the surprise of that location’s booming success is the reputation that intersection has long had as a site of drug-dealing, loitering, and prostitution.

What makes store number four’s success even more remarkable is that it moved into a stand-alone building where another Mexican restaurant had failed. 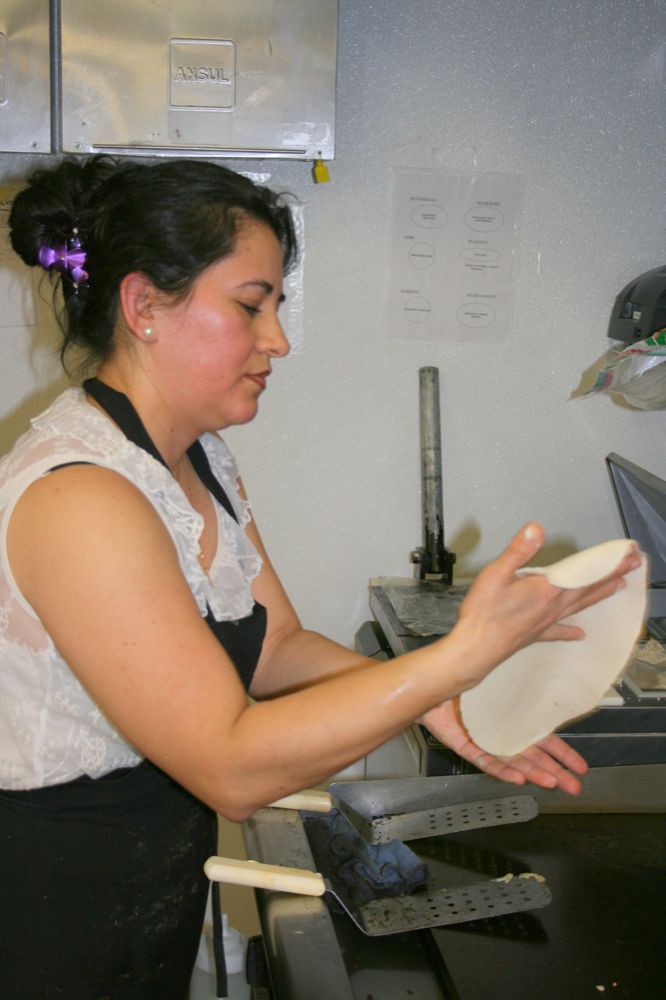 One major difference between the two operations, Flory says, is the type of food Los Ocampo offers. “It’s more of a home kitchen menu,” with handmade tortillas prepared from fresh masa dough. Flory agrees with Armando, who says that some small businesses fail because their owners focus on excelling at just one aspect of the business. “The main thing for us,” says Armando, “is everything.”

Flory elaborates. Not only does Los Ocampo offer a menu that’s unique to the area, a draw for Latino immigrants, its food is something that other North Americans like as well. Providing very good customer service—something that Flory observes is often a challenge for Mexican restaurants, and an expectation of native North Americans, who are prone to get impatient—is another key to Los Ocampo’s success. Finally, the couple has a strong record when it comes to management, including “very good financial management,” says Flory. It’s the best of any of the clients he’s worked with. “But first,” Flory contends, “you have to have a product and service that people respond to.”

Not only are sales exceptionally strong at the Chicago-Lake location, but the clientele is mixed, “fifty-percent Latino, fifty-percent everybody else,” says Armando. “Anglo, black, Asian, everybody.” Customers have been clamoring for that store to remain open 24 hours, he says. “Chicago and Lake was changing, and Los Ocampo has been part of that change.”  For Flory, this is an example of the huge, but largely unacknowledged impact immigrant entrepreneurs have had on commercial thoroughfares in parts of cities that others have steered clear of. 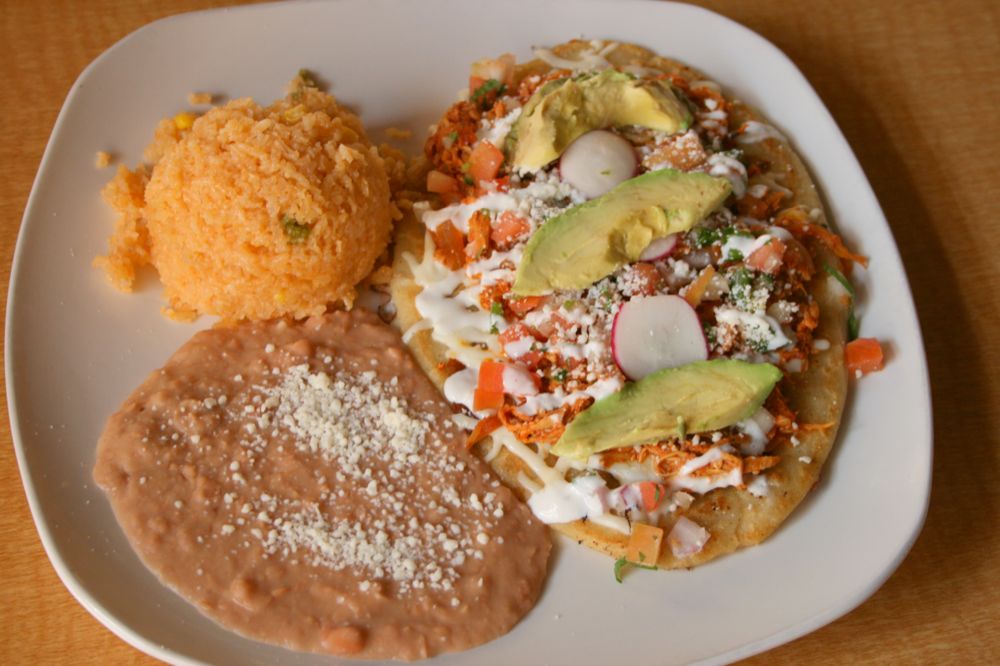 A little over a year ago, in February 2011, Armando and Lilia took yet another big step. That’s when they opened a full-service restaurant with a bar on St. Paul’s East Side. This was an expensive venture mainly because the couple purchased the building, which had once housed a Baker’s Square. The total project cost was well over $1 million, perhaps closer to $2 million, in the end.

Armando wanted to take this leap because it fit into his vision of introducing authentic Mexican food to a wider audience, something he thinks can be accomplished by providing a nice restaurant, full service, drinks, and a view, while still being a family restaurant. Because operating a full-service restaurant involves so much more work and staff, Lilia was resistant. She contrasts the operation of a full-service sit-down restaurant, with the ease and pace of the other locations, where customers order and pick up their food, eat quickly, and leave. Armando says that Lilia’s preference was to open a Mexican grocery store in the space on Suburban Avenue.

The new restaurant was financed in large part through loans from University Bank, MCCD, NDC, and LEDC. (Two have already been paid off.) Flory says that LEDC helped navigate financing for the building’s purchase and renovation; also, that the project qualified for a federal grant through the Office of Community Services at Health and Human Services, which funds projects that provide jobs for low-income people in historically distressed areas. Around 50 workers are employed at the restaurant, basically the equivalent of the other four combined. (Los Ocampo is also participating in two new initiatives, one to make Latino businesses more energy efficient, the other to promote cooperative growing and purchasing among Latinos in the food industry, which will be described in a second article, later this week.)

The couple talks of plans for the restaurant, which seats nearly 200. “Good things take time,” says Armando. Currently there’s a marimba player who performs each Friday evening. They’d like to add a singer to sing romantic songs in Spanish on alternating Fridays. Plans are in the works for opening up a patio and outdoor bar area this summer. There will also be more media exposure. The two are excited about having signed a contract with KSTP-TV. Lilia will be featured cooking and preparing tortillas. A commercial, Los Ocampo’s second, will also be filmed.

“If people want to experience something authentic, this is the place,” Lilia says. The idea, Armando adds, “is to make people feel like they’re in Mexico without leaving the United States.” Both the taquerias and restaurant cater parties and events. 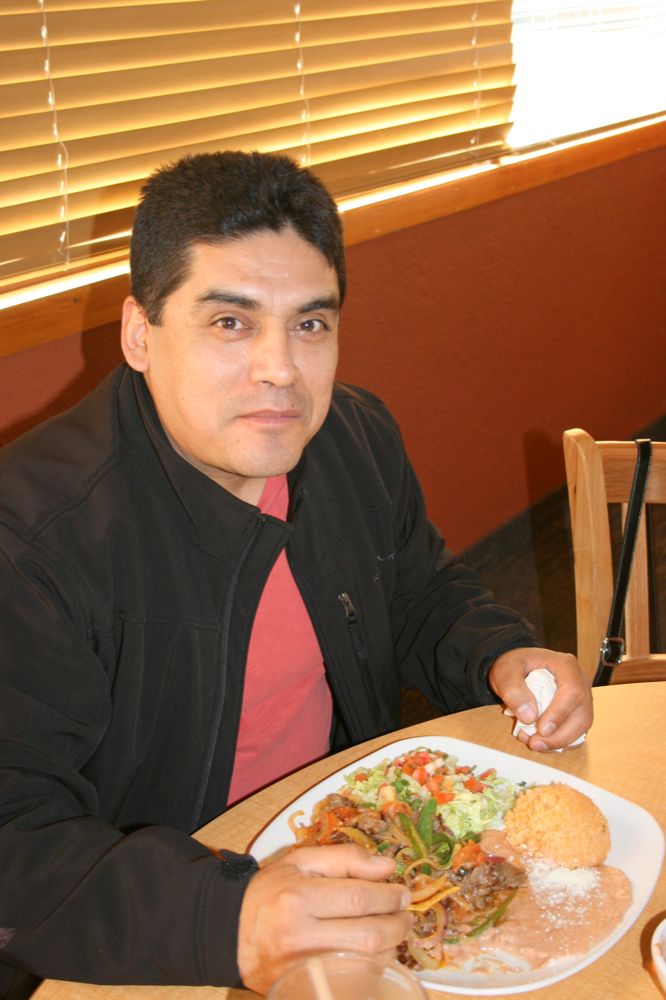 Armando and Lilia continue to work long days. With restaurants so geographically dispersed, Armando still does his share of driving, going from place to place, ensuring that everything is running just as it should. He says the business is for the kids, to provide them a better life. Now living in Lake Elmo, the couple has four children, ages eight to 18. Their oldest will begin the University of St. Thomas’s business program next fall. A soccer player and good student, he received scholarships to attend.

Always looking forward, never back, Armando says he doesn’t miss anything about Mexico. “Why should I? Everything that’s important in my life is here. My wife, children, mother, business, home. And there are so many more opportunities.” While Armando’s sister is the only one of his family members who remains in Mexico, Lilia comes from a larger family, which is split between the two countries. Partly due to lack of time, Armando says the family has never vacationed in Mexico. For him, at least, Minnesota is home.